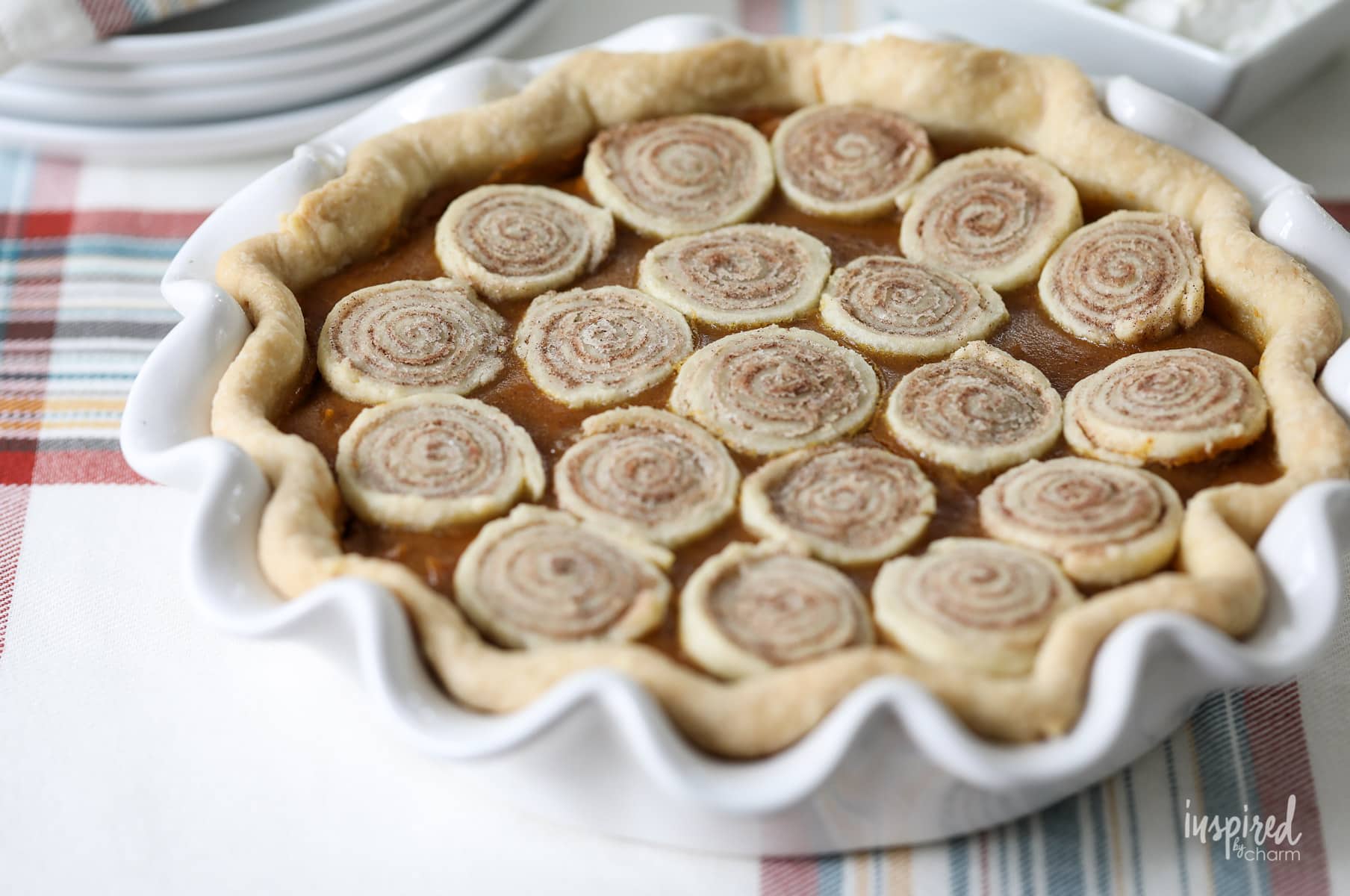 Do you love pumpkin pie but yearn for something new and equally delicious? Then you need to try this Cinnamon Roll Butternut Squash Pie. It has all the seasonal flavors of pumpkin pie complete with a unique cinnamon roll-inspired crust. 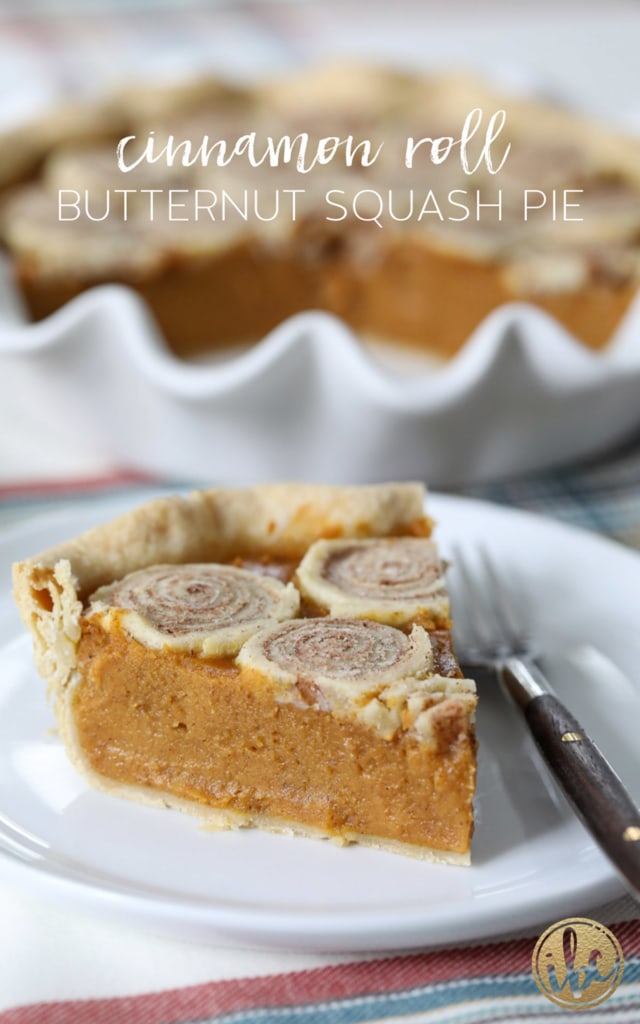 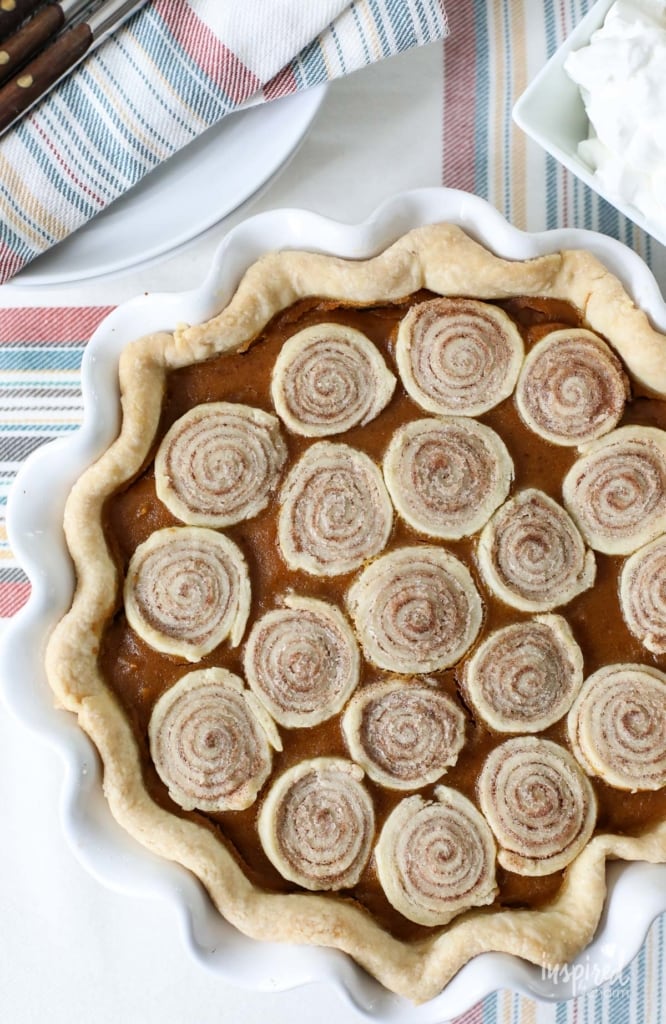 Is that not gorgeous?

It’s also so-o-o tasty! It took everything in me not to scarf down the entire pie in one day.

I knew I wanted to attempt a butternut squash pie, but what sealed the deal on this recipe was spotting a pie in Taste of Home magazine that had a fun cinnamon roll-inspired crust.

If you’re a long-time IBC follower, you might remember that this cinnamon roll pie isn’t my first. Back in 2014, I made an apple pie with a cinnamon roll crust as the base. That’s still one of my all-time favorite desserts.

However, for this Butternut Squash Pie, instead of being at the bottom of the pie, the mini pie crust cinnamon rolls are on the top. I prefer this latter placement because, unlike in my Cinnamon Roll Apple Pie, that beautiful crust is not hidden. 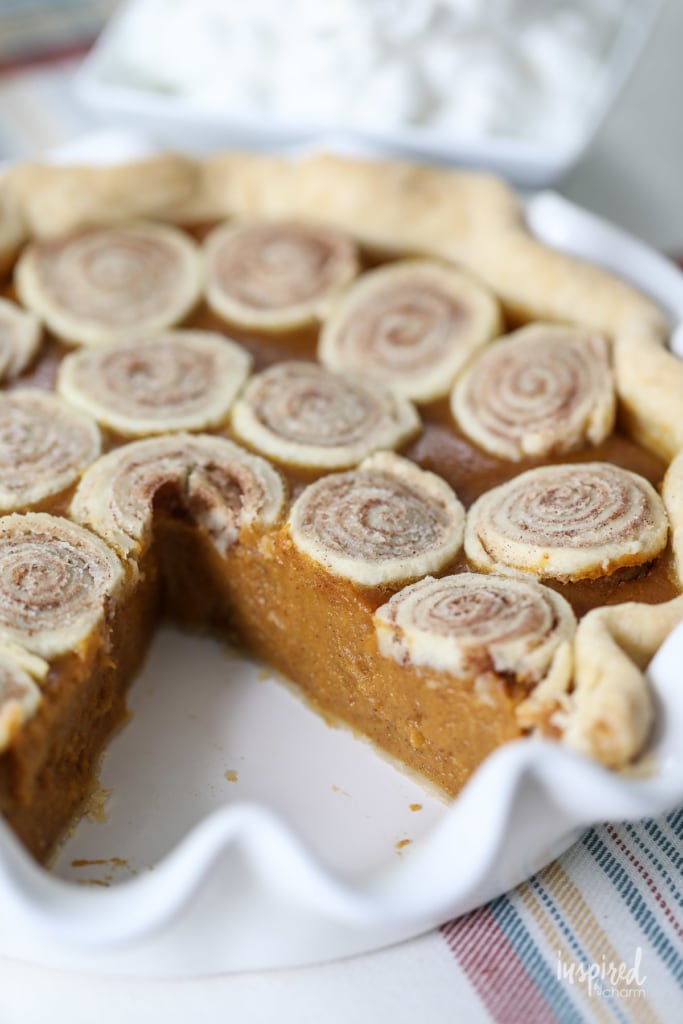 But Why a Butternut Squash Pie: 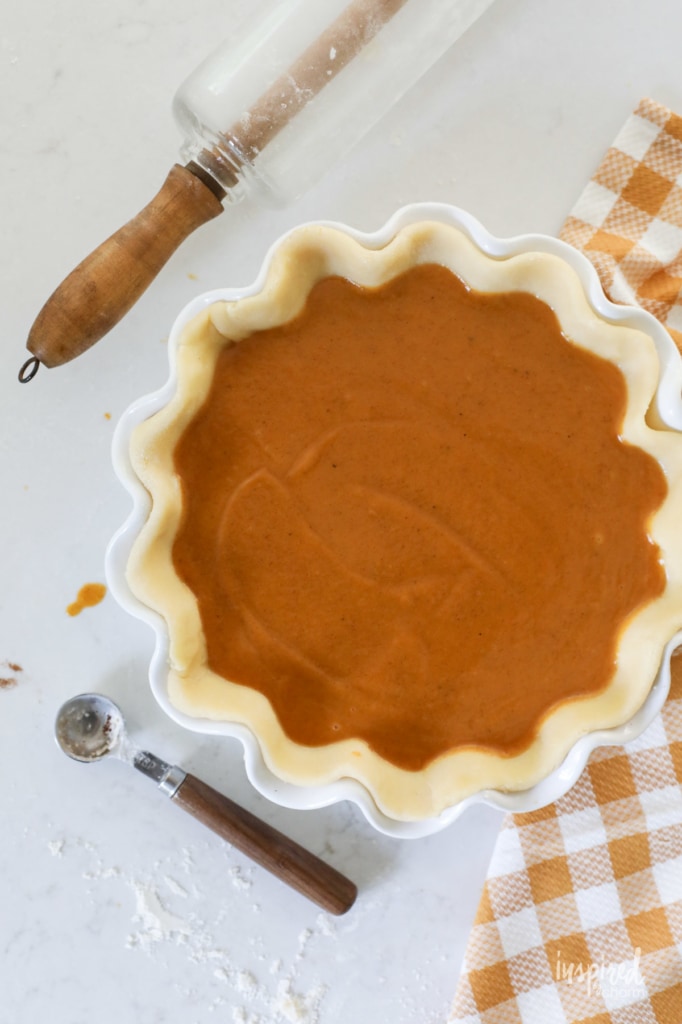 To make my butternut squash puree, I roasted the squash in the oven and then pureed the flesh in my blender. The process does take a little time, but it’s quite simple. (If you need more details or want an actual recipe, I recommend this one.)

If you want more butternut squash recipes, be sure to try my Butternut Squash Scones. You can find the recipe here.

I started with my pie dough recipe. (You can find that here.) You’re welcome to use your favorite recipe or store-bought pie crust. You will need a top and bottom crust for this recipe.

The bottom crust is placed in the pie dish and then filled with the butternut squash pie filling. You will find all the details and ingredient amounts in the recipe card below.

(You can find this beautiful ruffled pie dish HERE. It’s one of my favorites!) 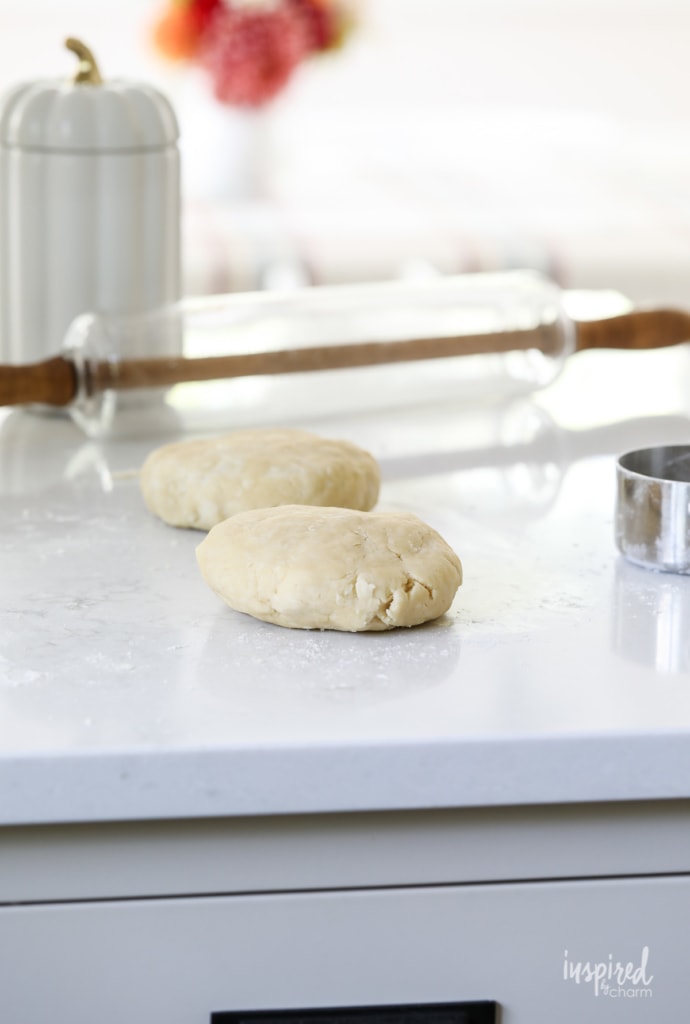 Making the cinnamon roll-inspired top crust is not hard. Roll out the pie dough as you normally would for a pie. Brush the crust with melted butter and sprinkle with cinnamon-sugar. Then, roll it up into a cylinder. 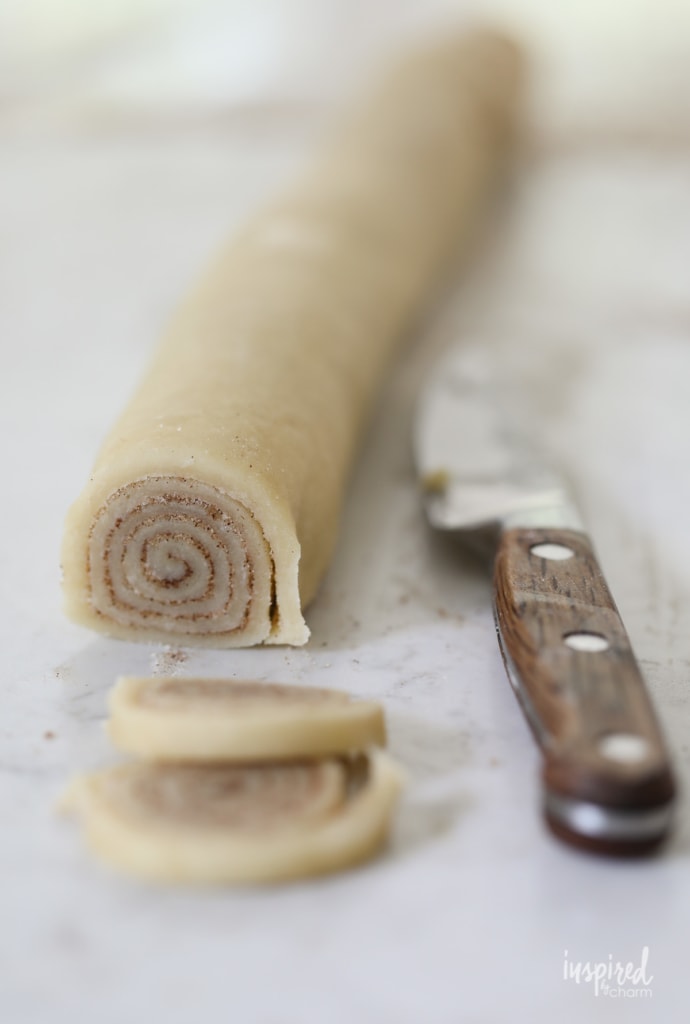 To ensure that these mini cinnamon rolls stay on the top of your pie, you need to bake the filling a bit before adding them. Once the pie is about halfway baked, remove it from the oven, slice up your cinnamon roll pie crust cylinder, and place the pieces on top of your pie. 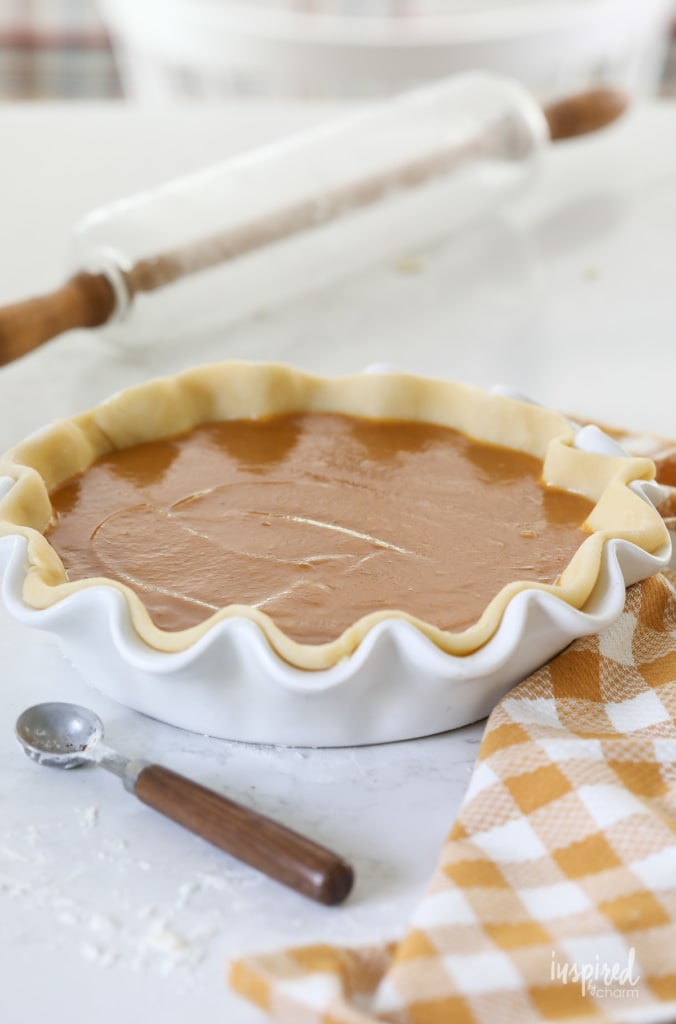 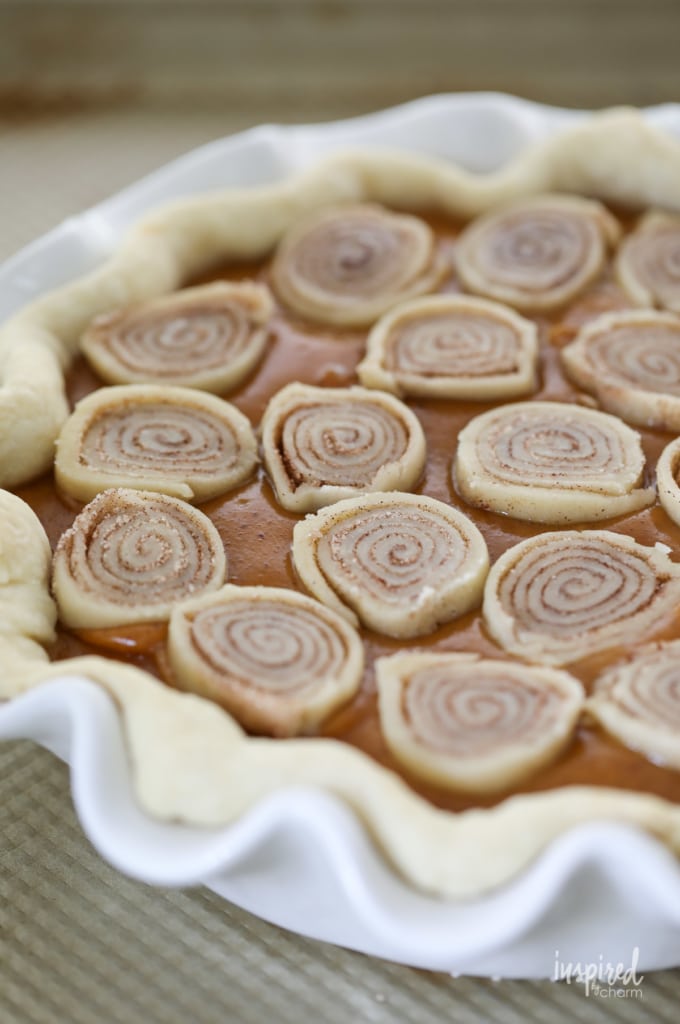 Then, the pie goes back into the oven to finish baking.

When the filling is puffed and set, and the cinnamon roll circles are light brown, your pie is done! 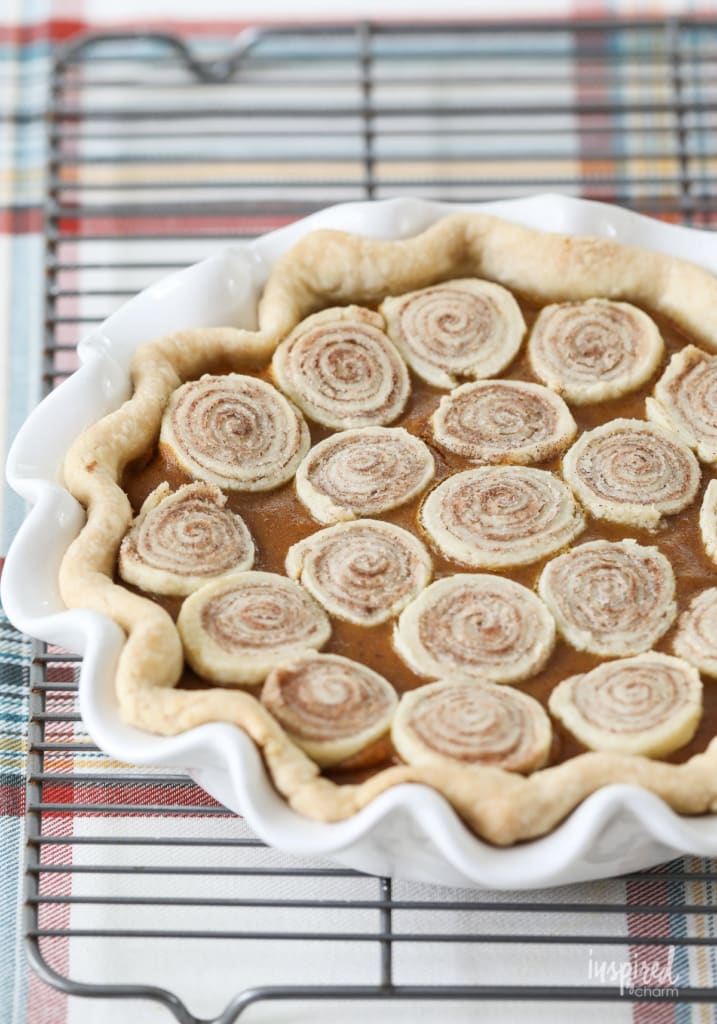 Note: If you have extra pie crust cinnamon rolls, do not throw them away. Pop them in the oven and bake them until golden brown. They are delicious! They are kind of like my Cinnamon and Sugar Pie Crust Cookies but rolled up!

I like to thoroughly chill this pie in the refrigerator to ensure it’s completely set. You can remove the pie from the refrigerator a couple of hours before serving to bring it back to room temperature. You’re also welcome to serve it warm; it just may not be set as much as you like. 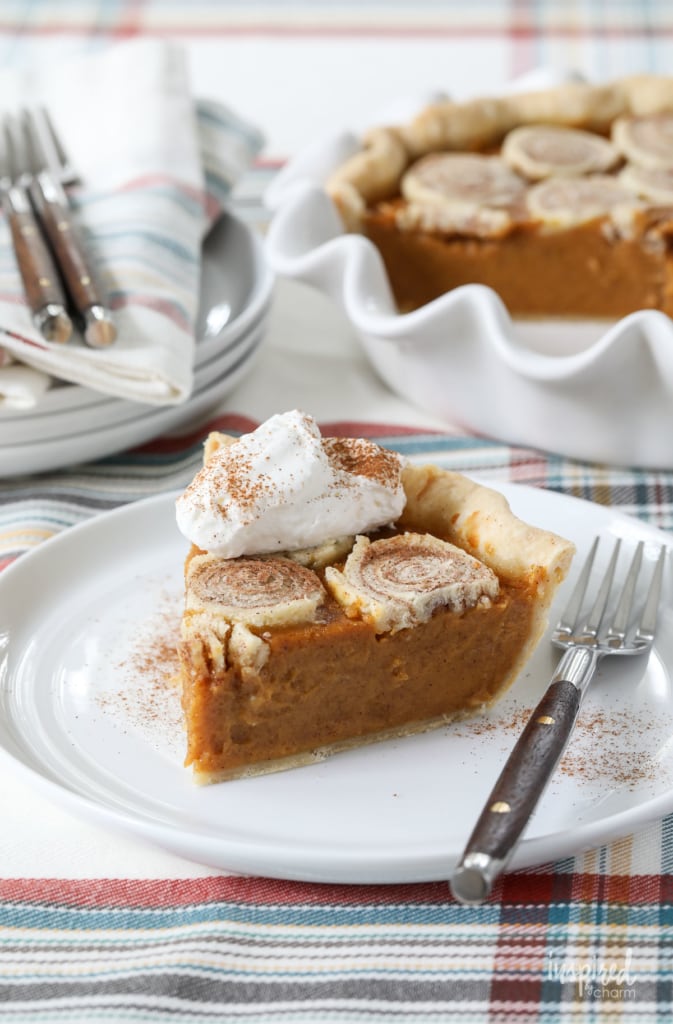 I recommend topping the pie with a scoop of freshly whipped cream and a sprinkle of cinnamon. 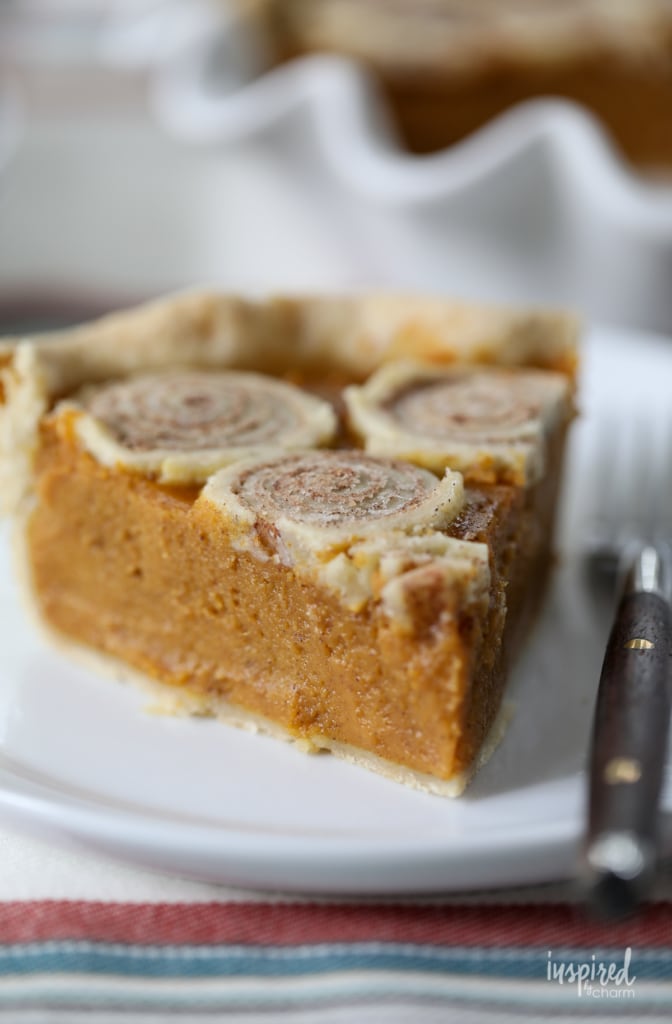 From my recent experimentation with butternut squash, I’ve learned that it makes a delicious pie. It reminds me of a pumpkin pie but with a slightly different flavor. I might even like it better. 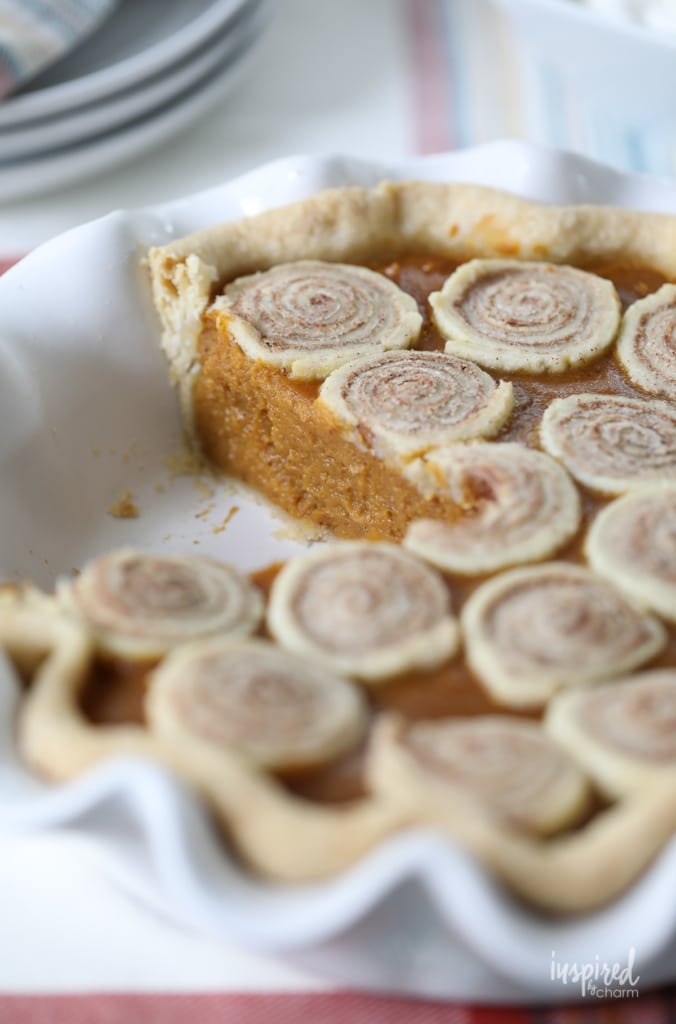 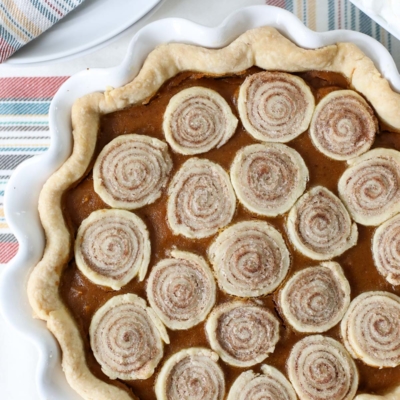 Pin It!
Do you love pumpkin pie but yearn for something new and equally delicious? Then you need to try this Cinnamon Roll Butternut Squash Pie. It has all the seasonal flavors of pumpkin pie complete with a unique cinnamon roll-inspired crust.
Print

*You're welcome to use my recipe (find that HERE), your favorite pie dough recipe, or store-bought. You will need dough for a bottom and "top" crust. **Any leftover slices can be baked on an ungreased cookie sheet until lightly browned. 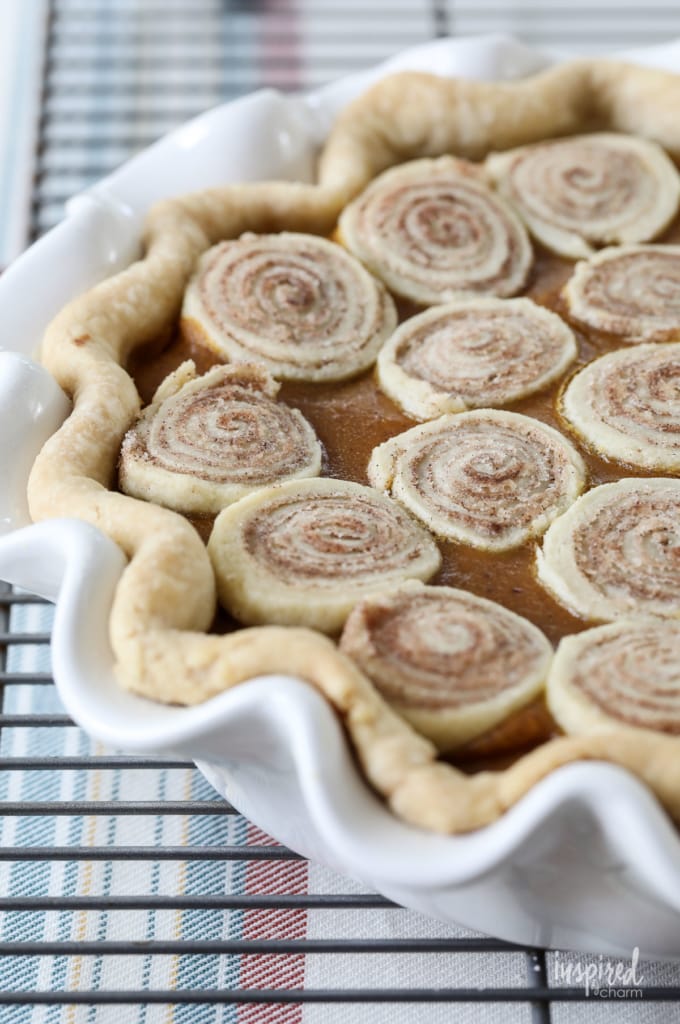 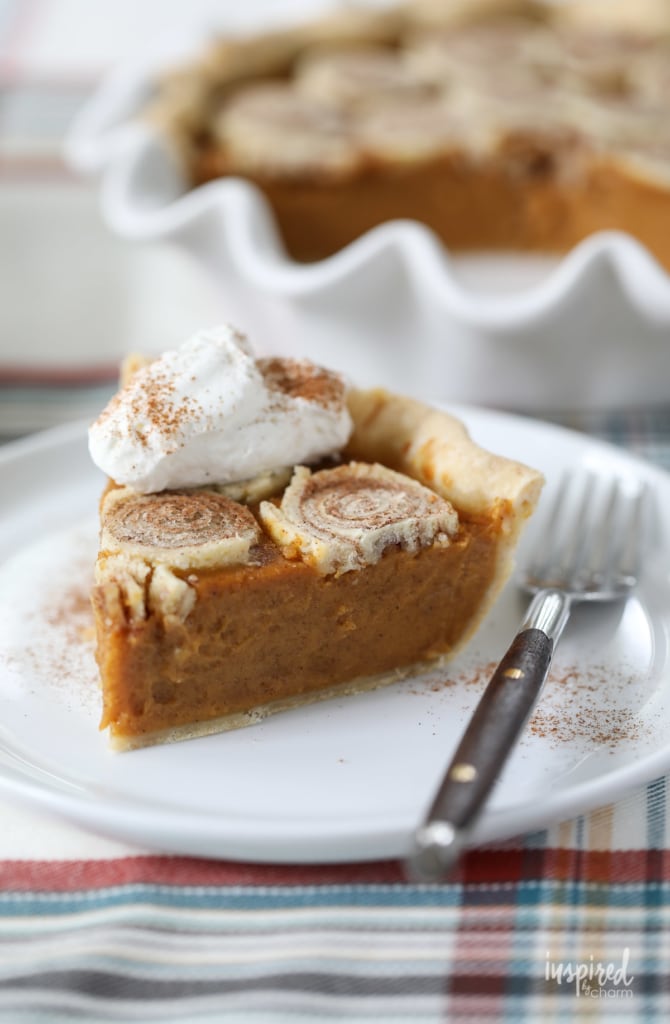