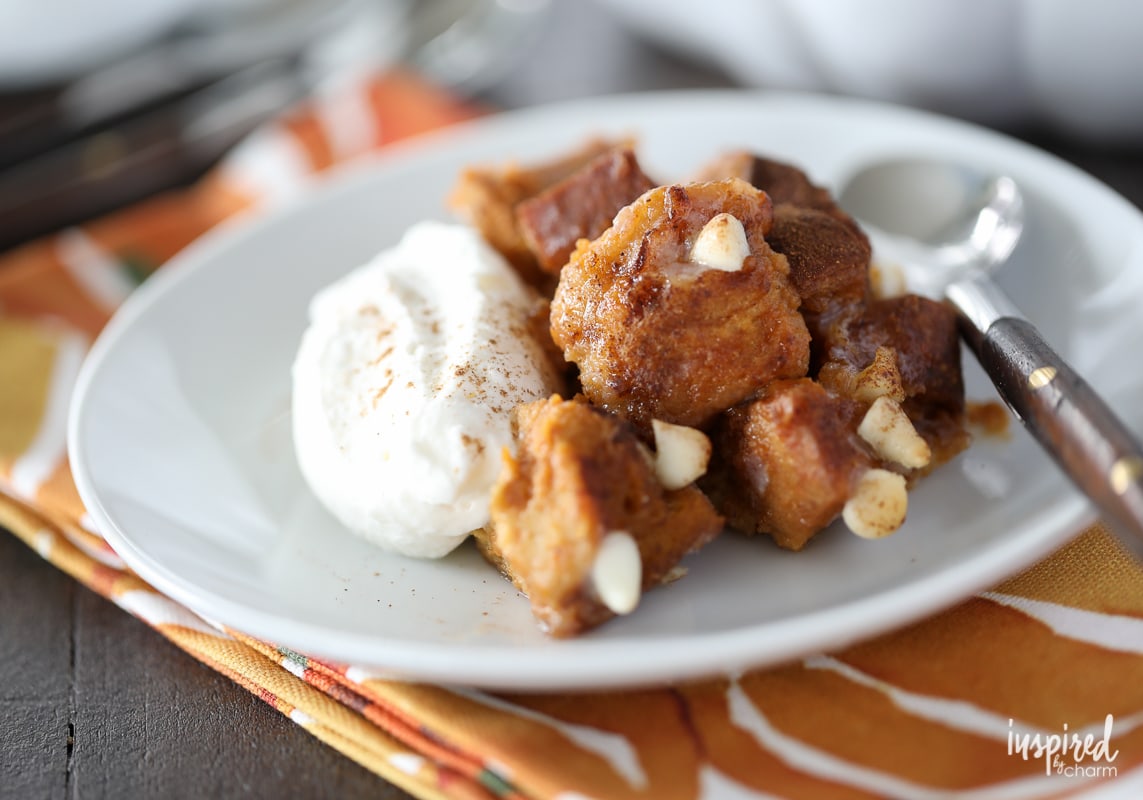 For the ultimate fall dessert, try making this Pumpkin White Chocolate Bread Pudding. It’s a delicious dessert recipe loaded with fall flavor that everyone will love!

Say what you will, but I just can’t stop baking with pumpkin. Today I’m back with my recipe for Pumpkin White Chocolate Bread Pudding. 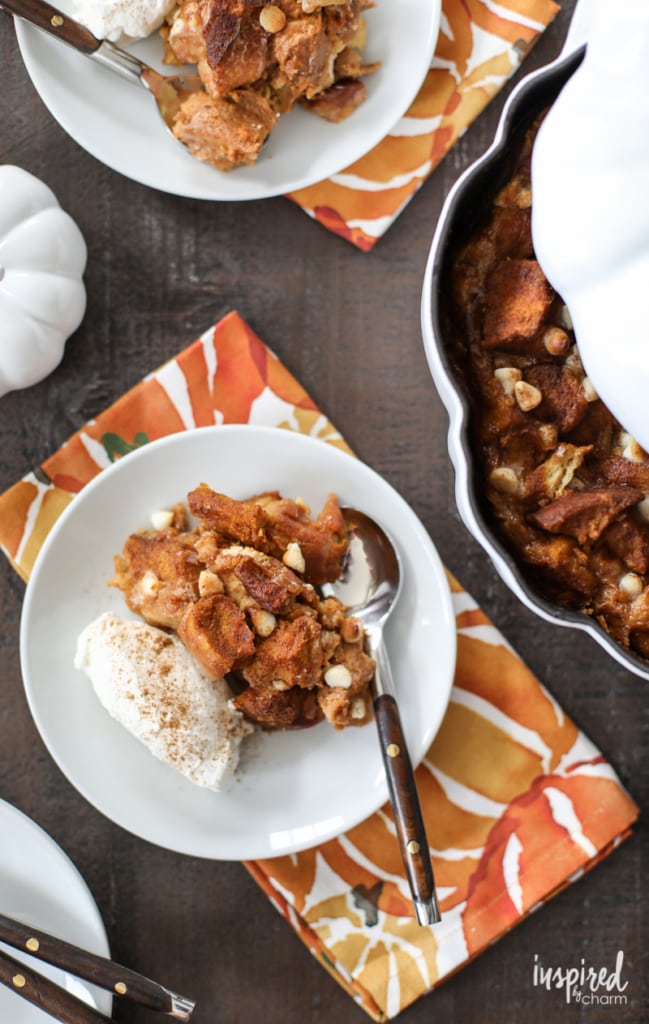 When it comes to desserts, bread pudding and cobblers/crisps/grunts and such are among my go-to’s. Pie is also a favorite of mine, but I suppose that belongs in another category.

A couple years ago I got this Staub White Pumpkin Cocotte with the intention of making a pumpkin bread pudding. It only took me two years, but it’s finally happened. And boy, am I happy it did. This stuff hits all of my must-haves in a dessert. 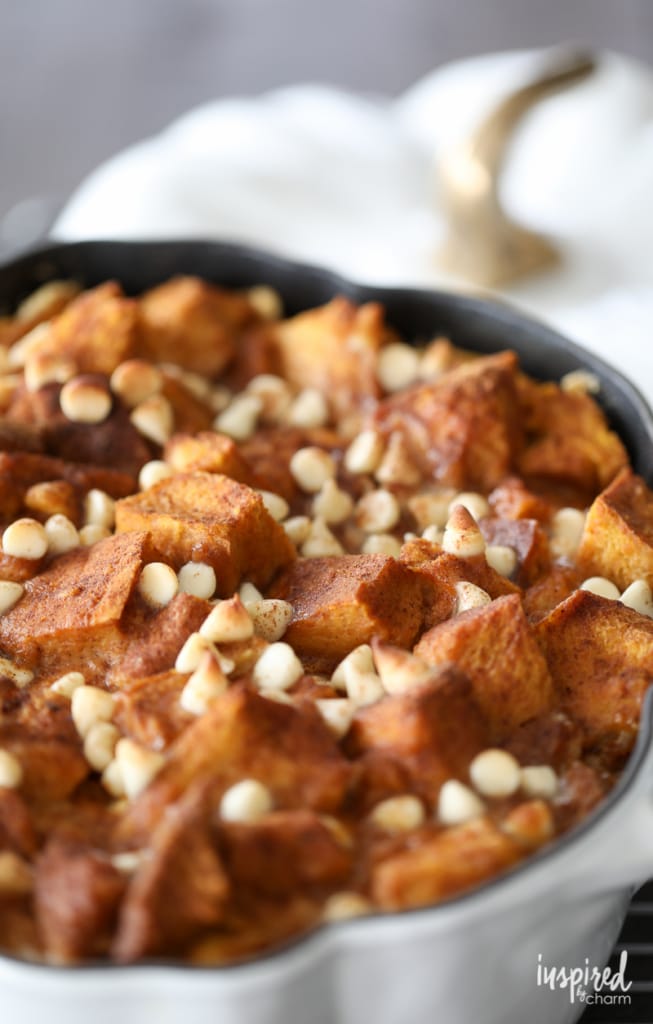 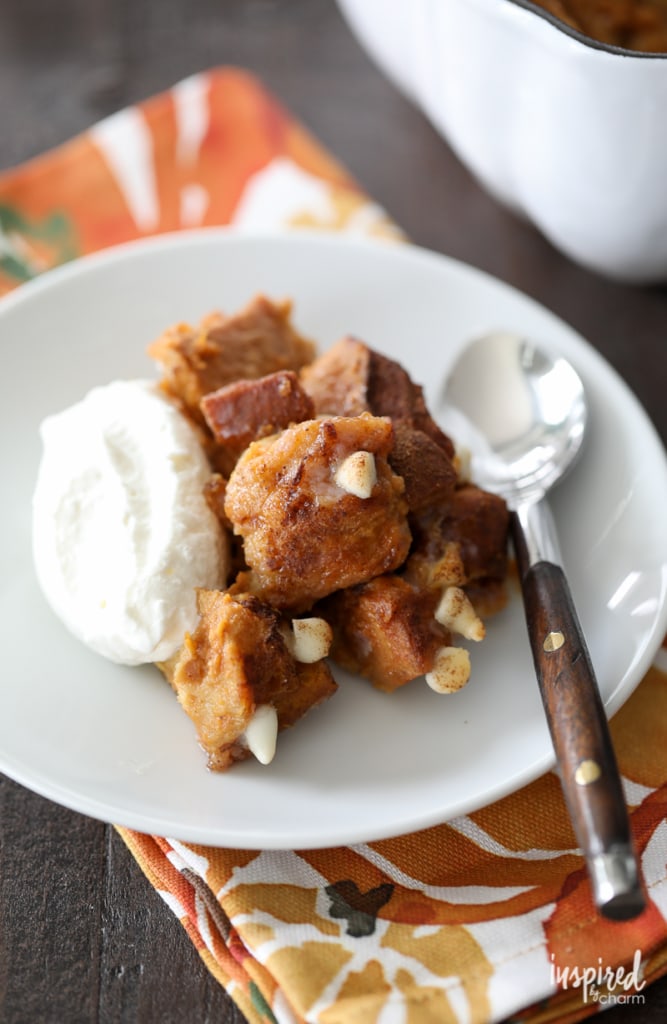 How to make Pumpkin Bread Pudding:

I started with challah. This is an egg-based bread that’s a little sweeter and denser than most bread. This makes it perfect for breakfast-style dishes such as French toast or an egg bake since the bread works well to soak up things like custards. 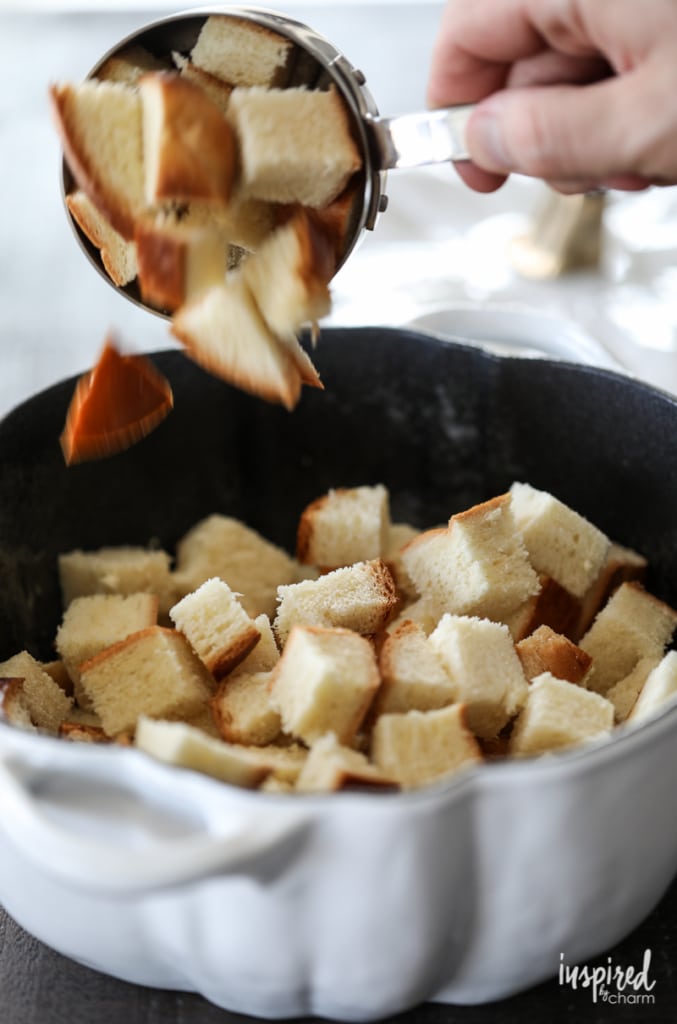 Speaking of custard, that’s what I whipped up next. Naturally, I used real pumpkin and all the spices that bring out that pumpkin flavor we love so much. All those eggs and the half and half in the custard make this pudding rich and worthy of being called a dessert. 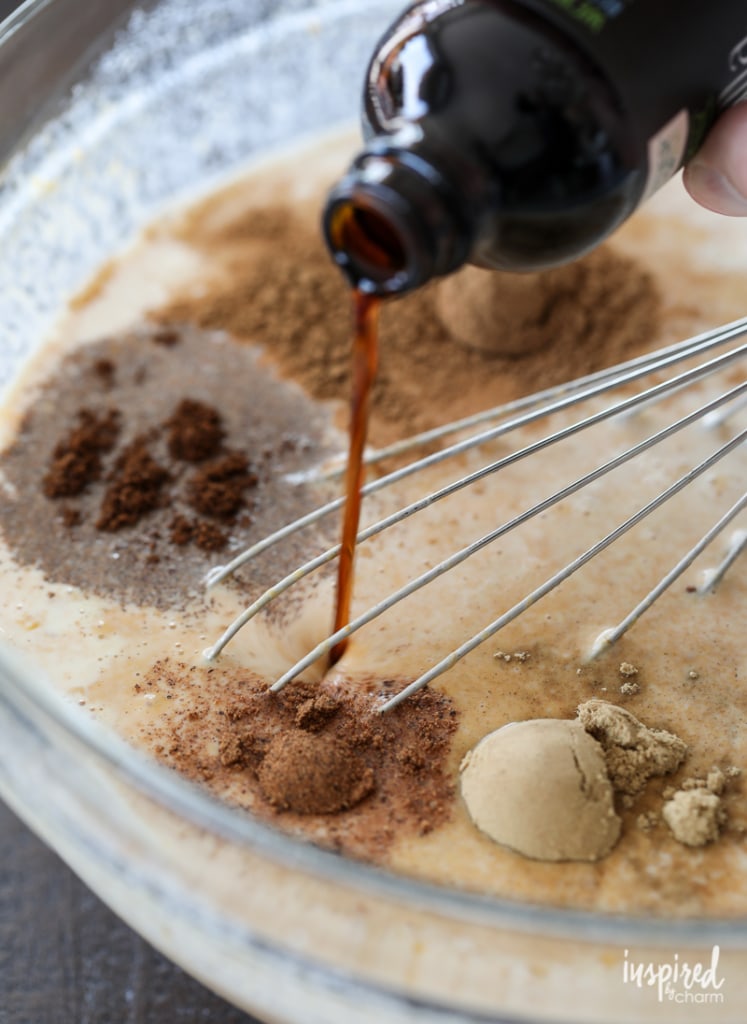 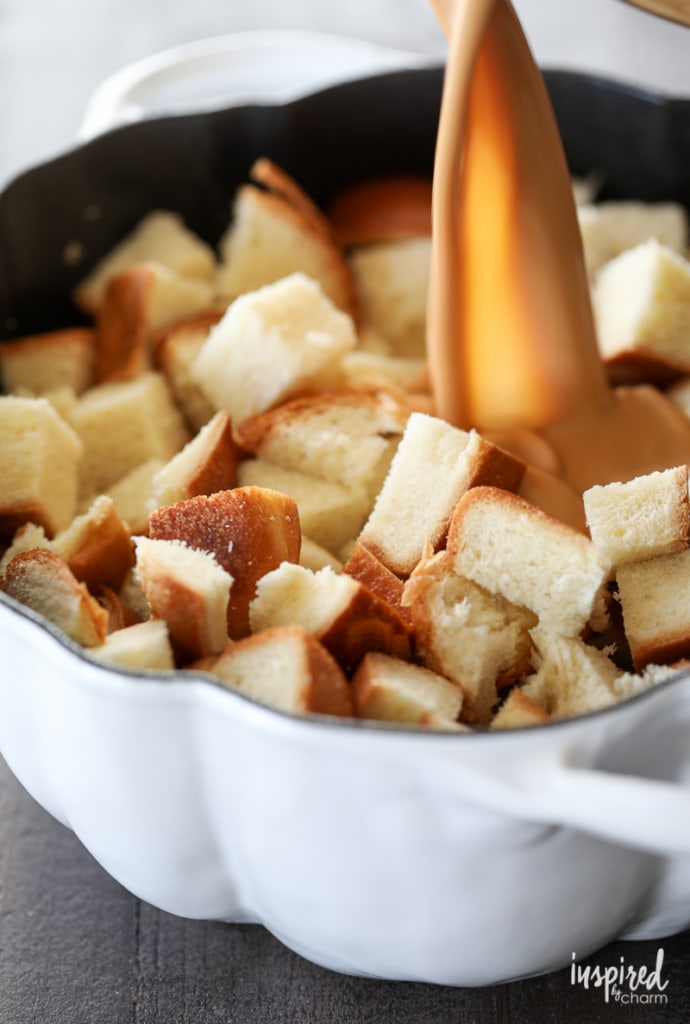 The cubed challah bread goes into the cocotte and is followed by the custard. All of that is left to soak for at least two hours, but preferably overnight. 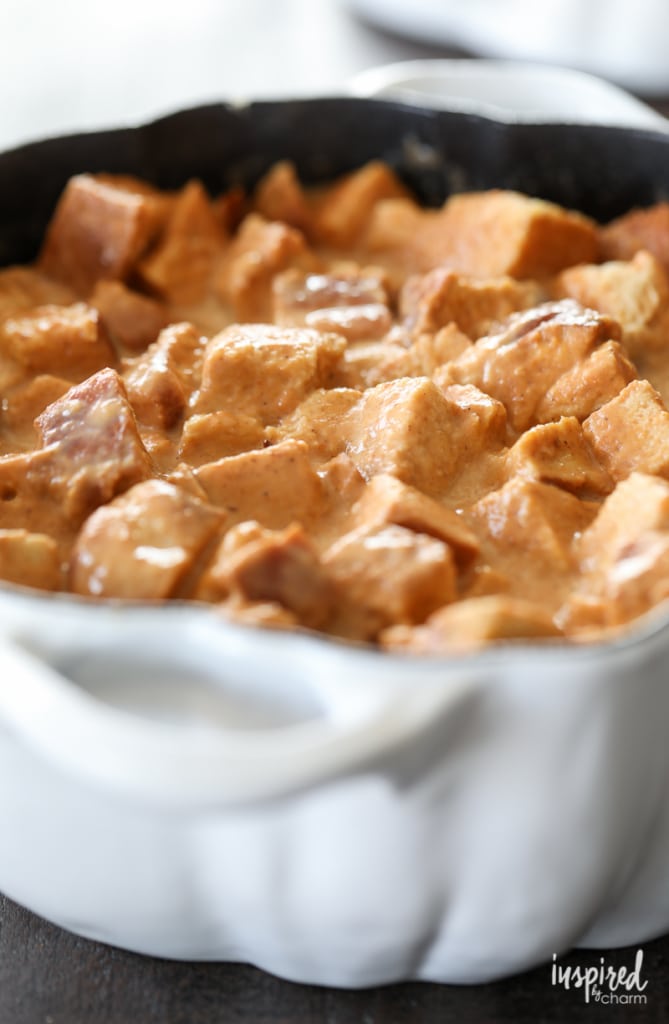 The next day, you stir in white chocolate chunks or chips before baking and add a sprinkle of cinnamon on top for good measure. 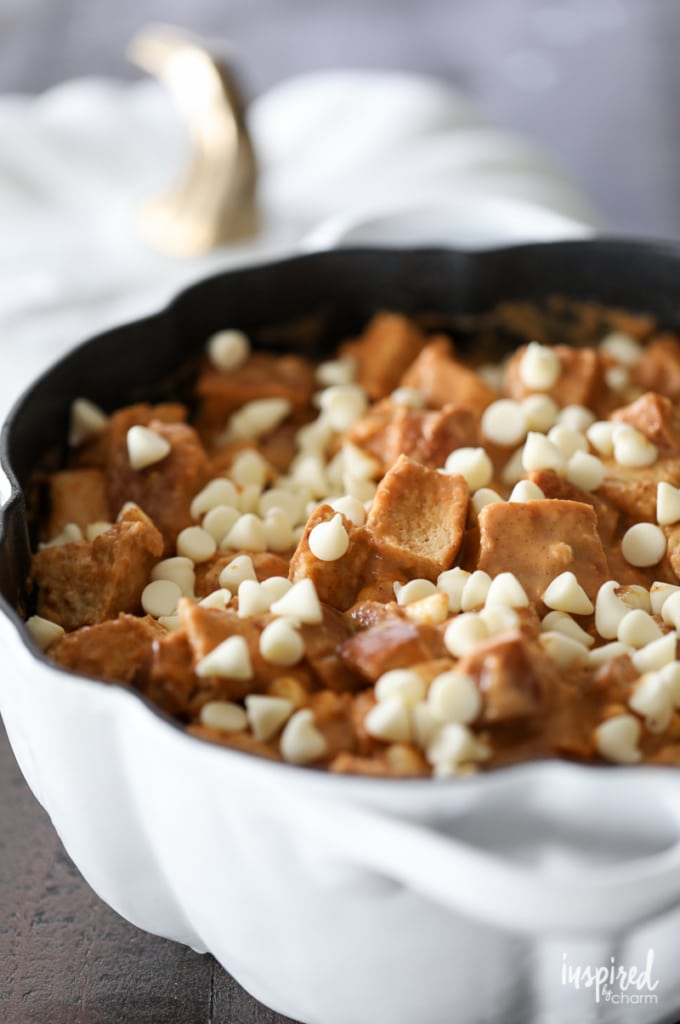 In about an hour, you will have the perfect fall dessert. It’s rich with pumpkin flavor and seasonal spices, and the white chocolate gives an extra layer of decadence. 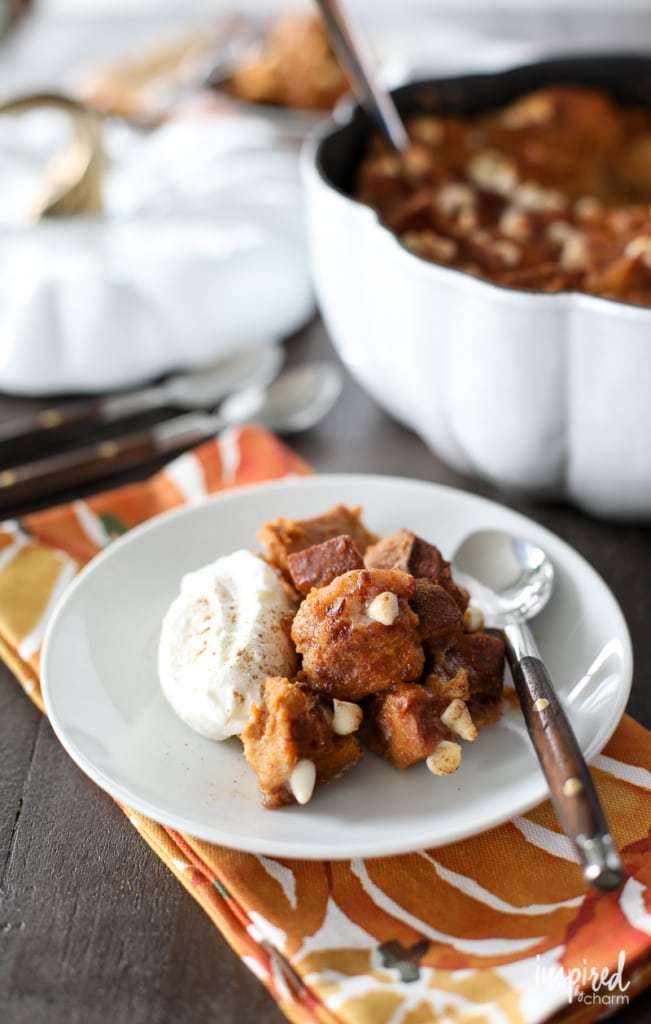 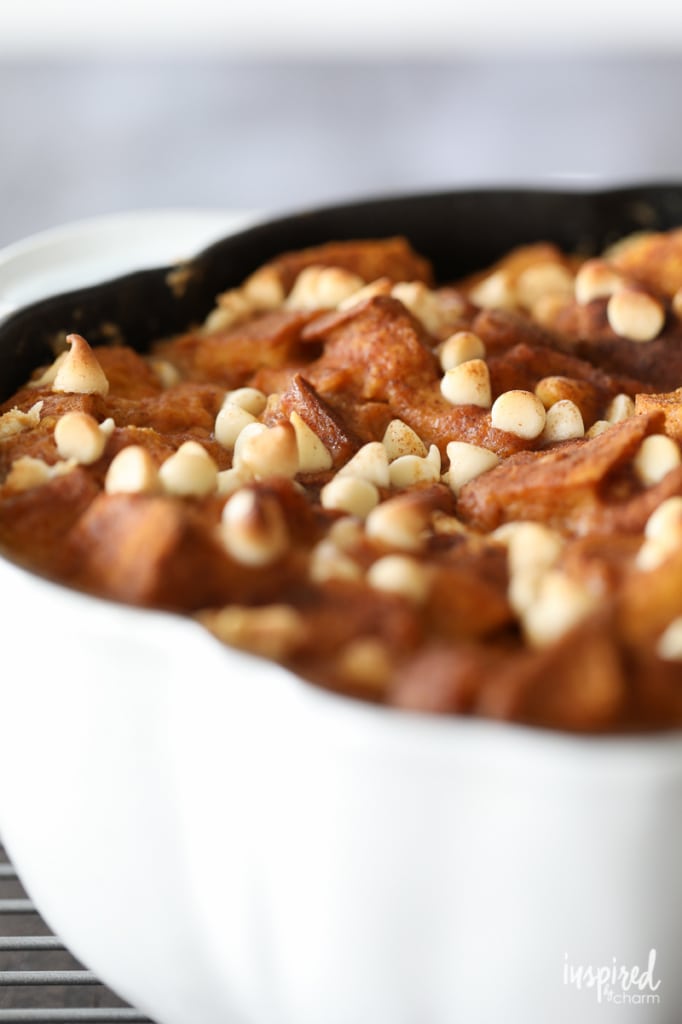 I recommend serving this bread pudding with a big dollop of homemade whipped cream. (You could do ice cream, but I think whipped cream is the way to go.) 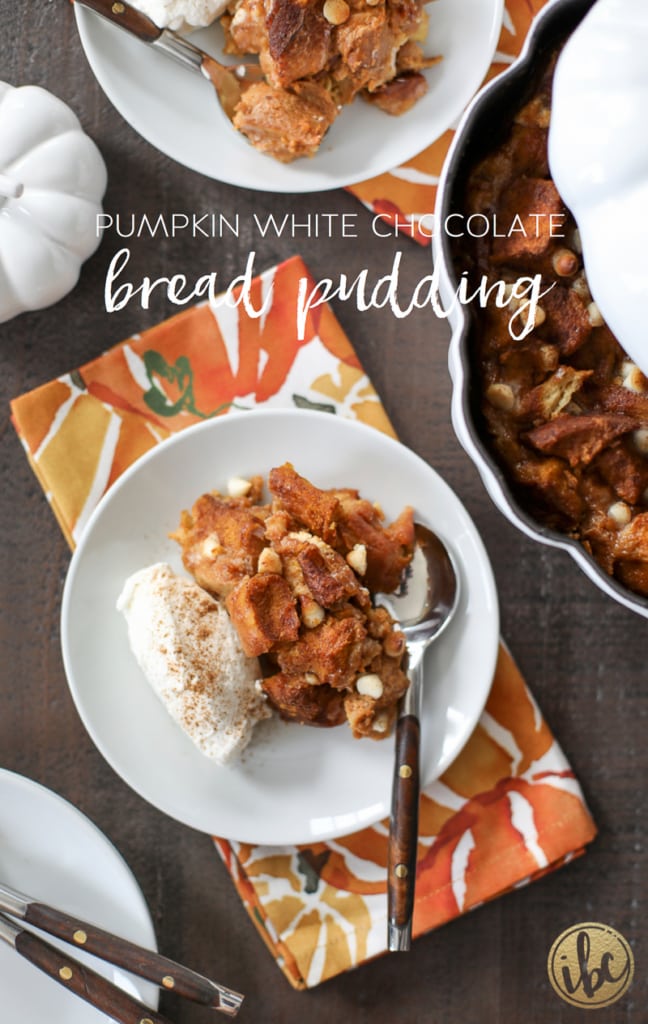 This is the perfect way to end any fall feast. Skip the pumpkin pie and instead whip up a big dish of this Pumpkin White Chocolate Bread Pudding.

If you liked this Pumpkin Bread Pudding, you’ll love these: 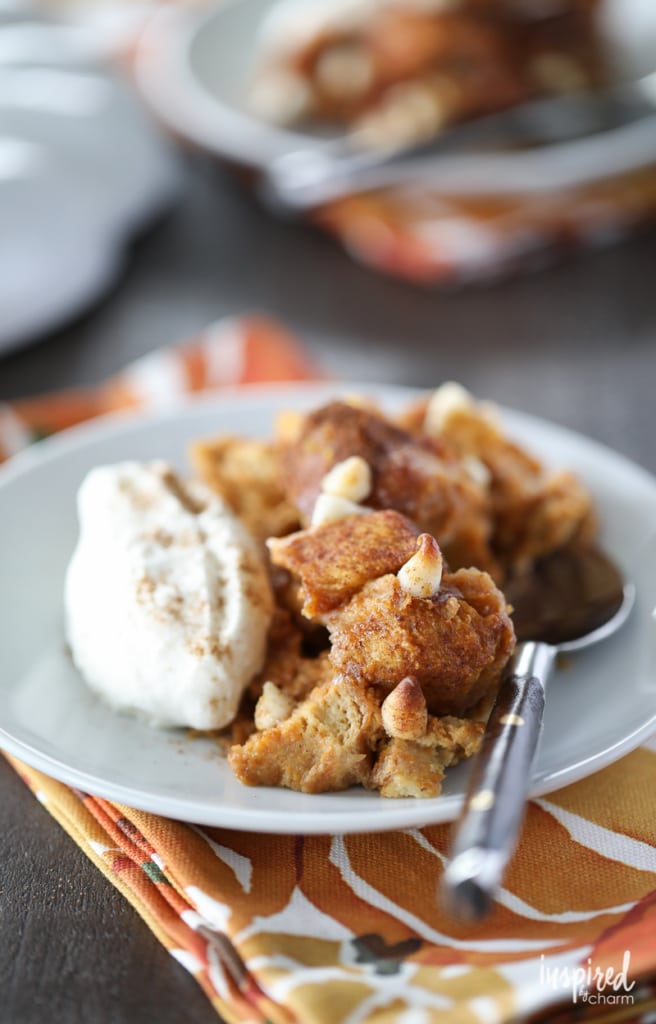 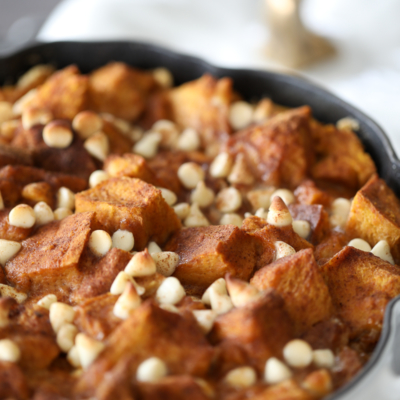 Pin It!
For the ultimate fall dessert, try making this Pumpkin White Chocolate Bread Pudding. It's a delicious dessert recipe loaded with fall flavor that everyone will love!
Print 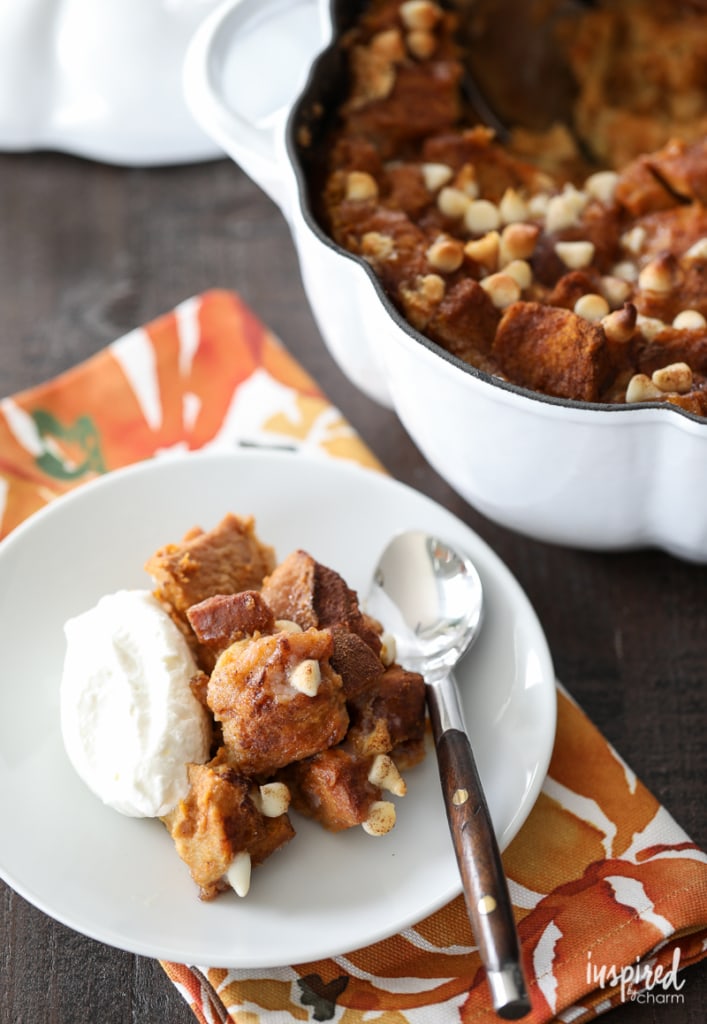