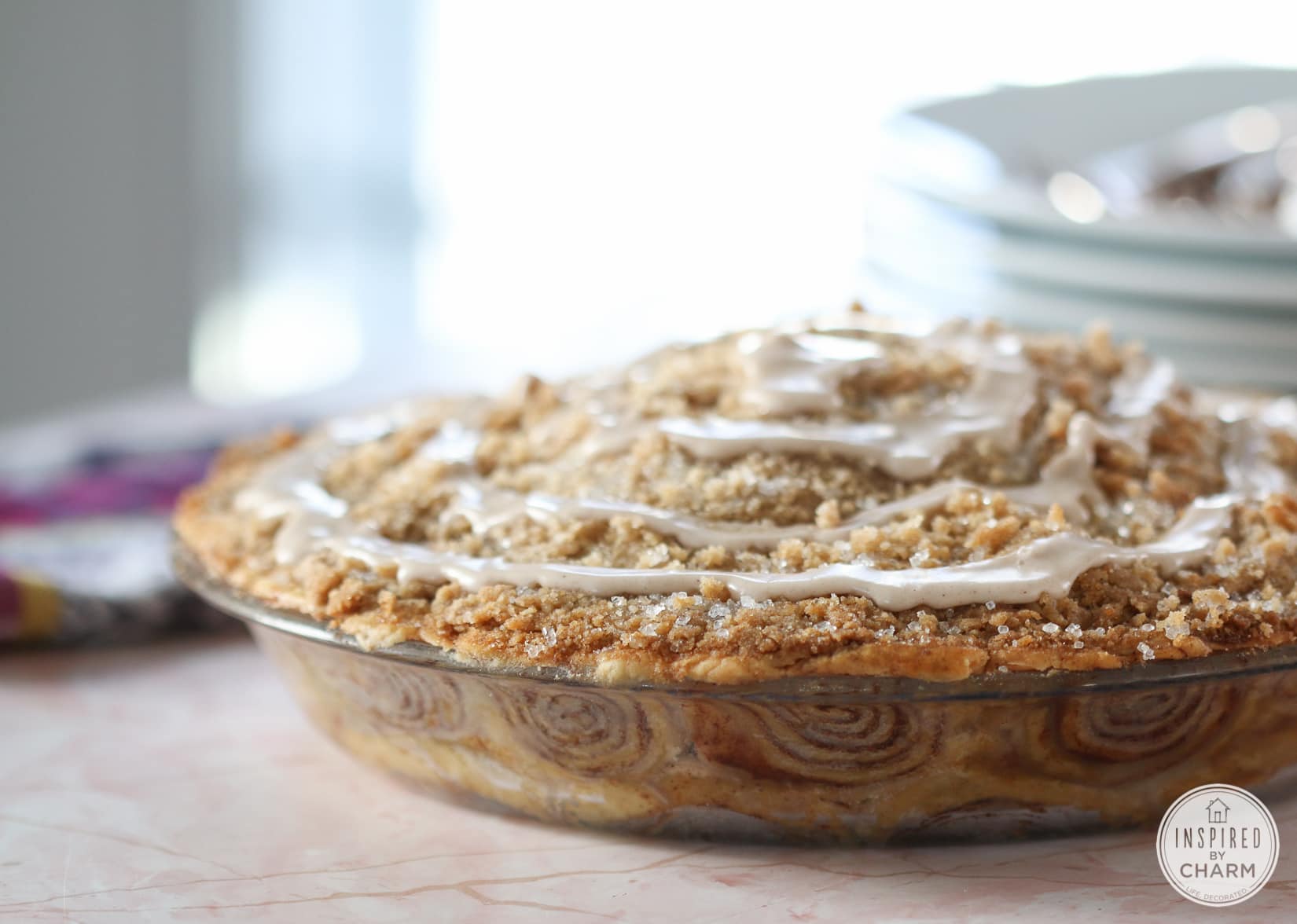 This Cinnamon Roll Apple Pie is a unique take on a classic apple pie. Made with a cinnamon roll inspired crust it looks as delicious as it tastes! 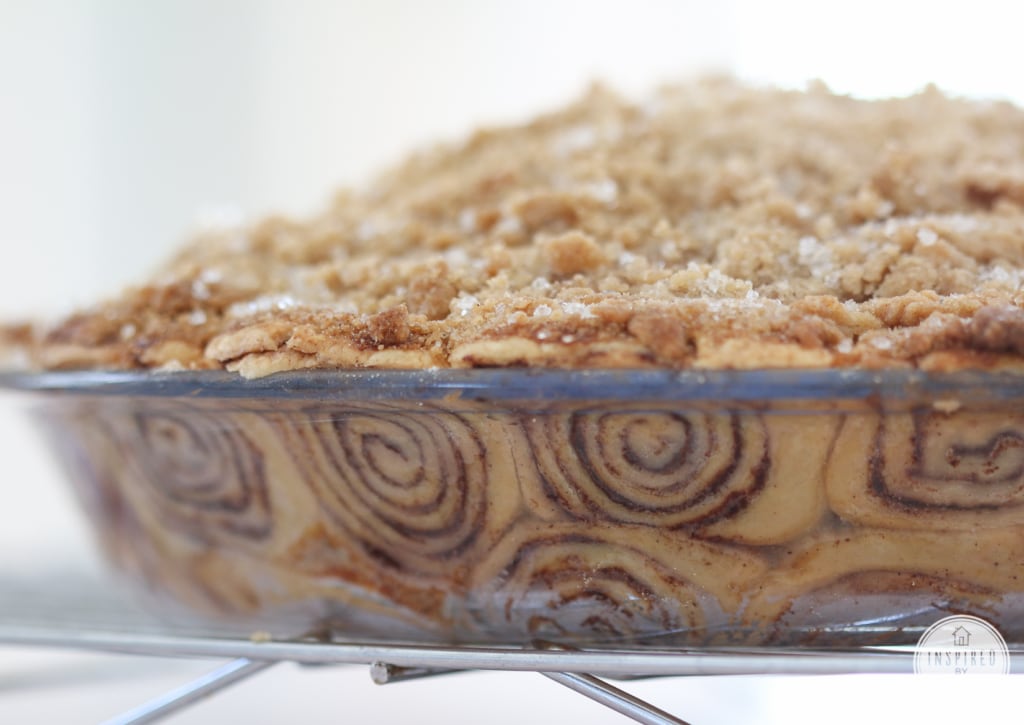 I’ve been so excited to make this Cinnamon Roll Apple Pie ever since I saw the idea for its unique crust on Pinterest. And don’t worry. For those of you who don’t (want to) make pie crust, this recipe calls for a store-bought one.

Let me introduce you to this Cinnamon Roll Apple Pie! 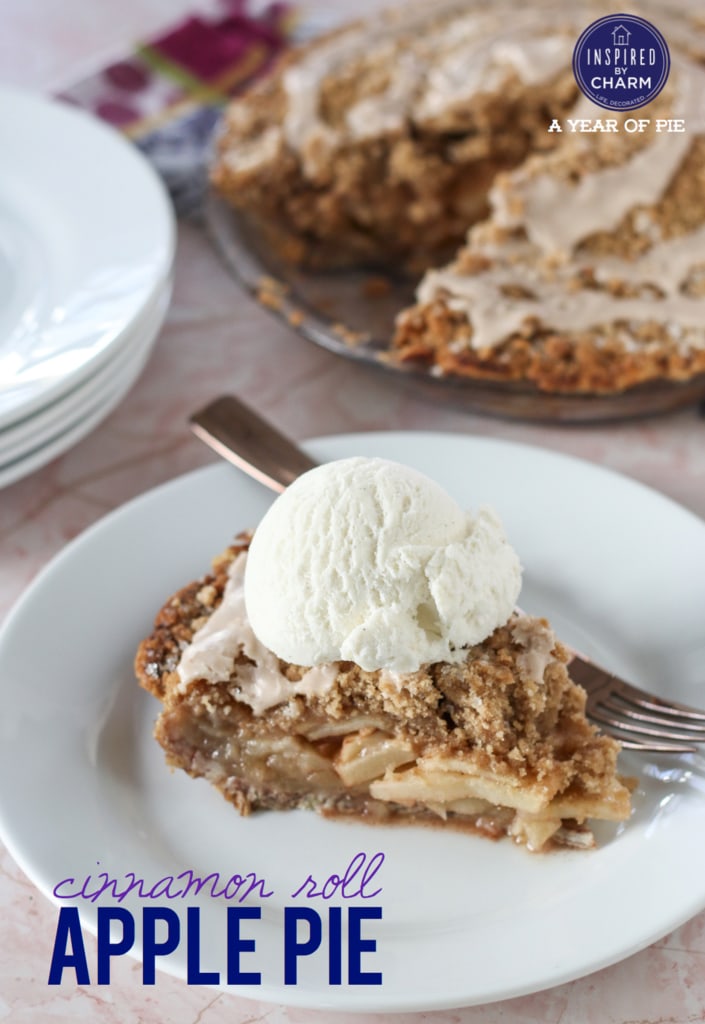 How to Make a Cinnamon Roll Pie Crust: 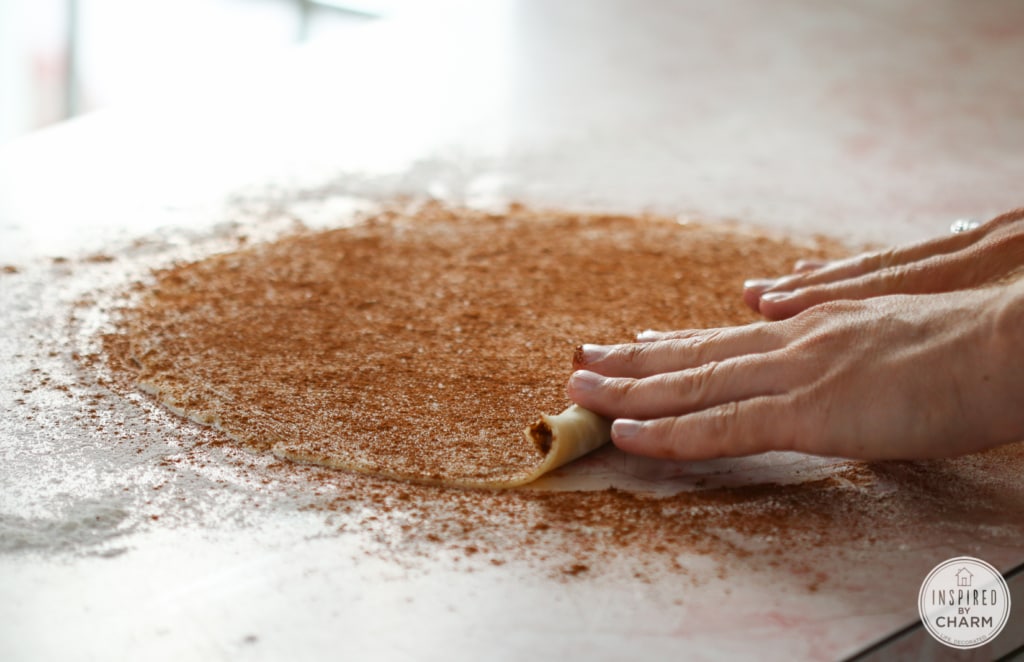 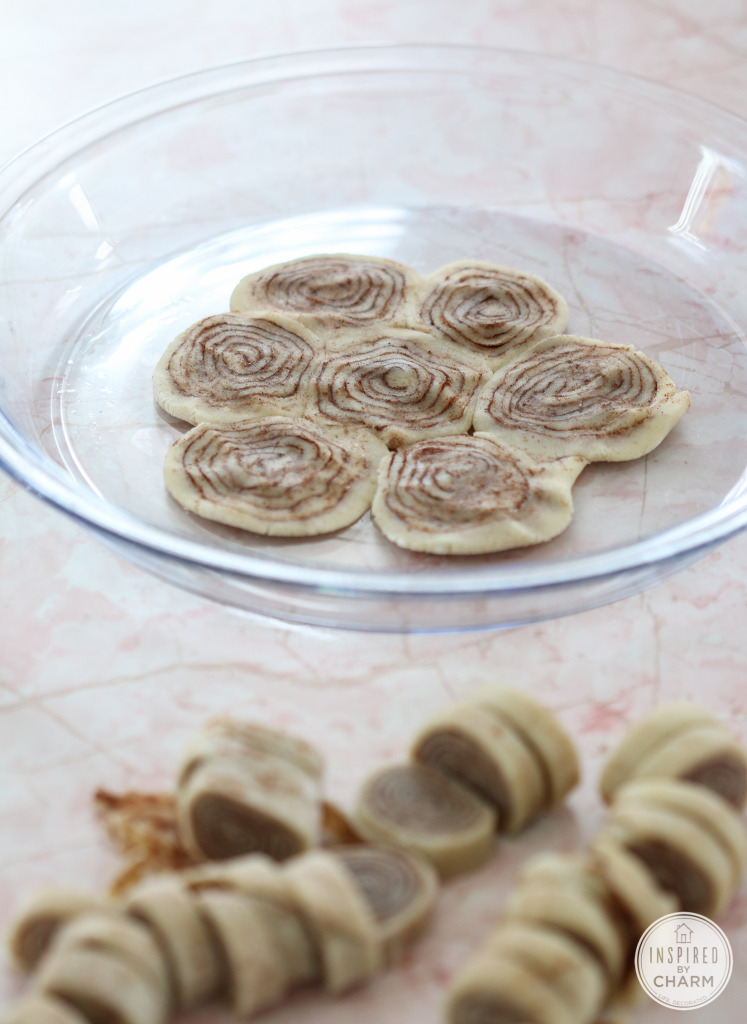 Next, you simply press the little rolls into a classic pie pan. (You can use any type of pie pan here, but the clear glass will show off the beautiful design of the crust.) Pretty neat, right?

For the filling, I used a mix of Granny Smith and Honeycrisp apples, two of my favorites. 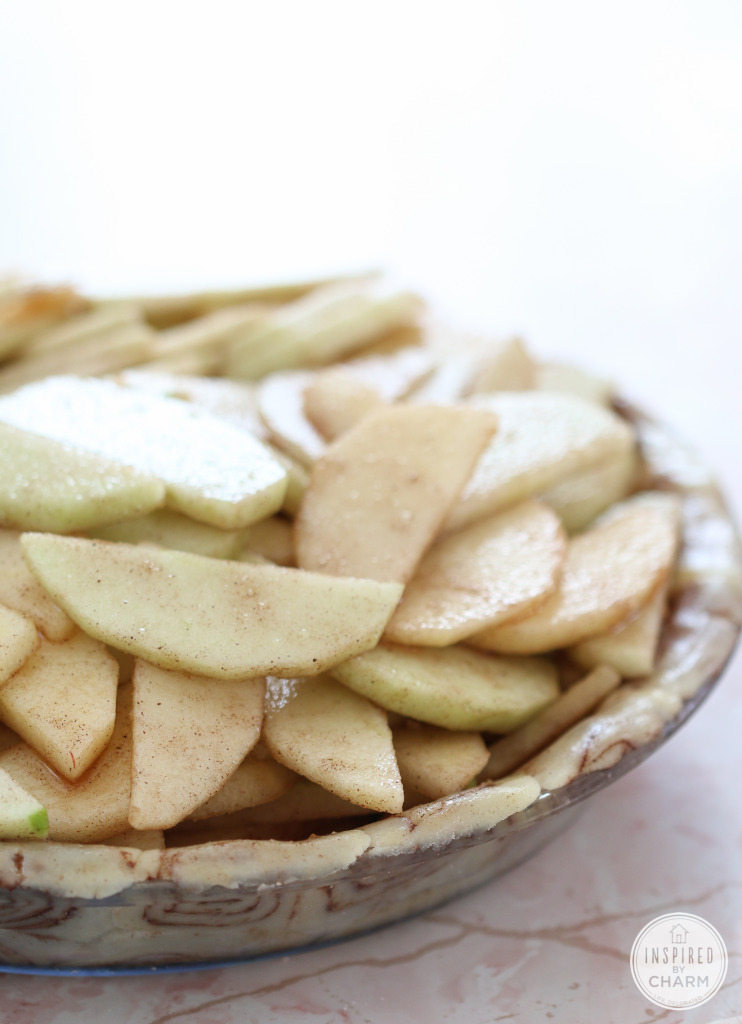 Finally, the whole pie gets covered in this fantastic crumb topping. 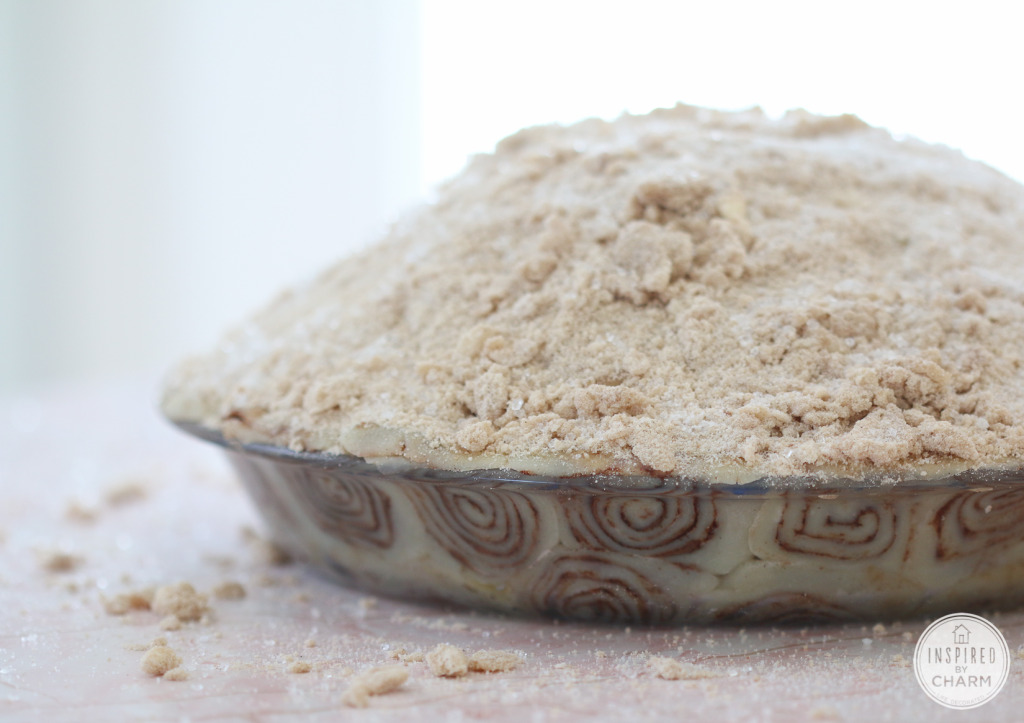 It will seem like a lot when you’re putting it on, but just keep piling it high. As they bake, apple pies tend to flatten, so the higher the better. 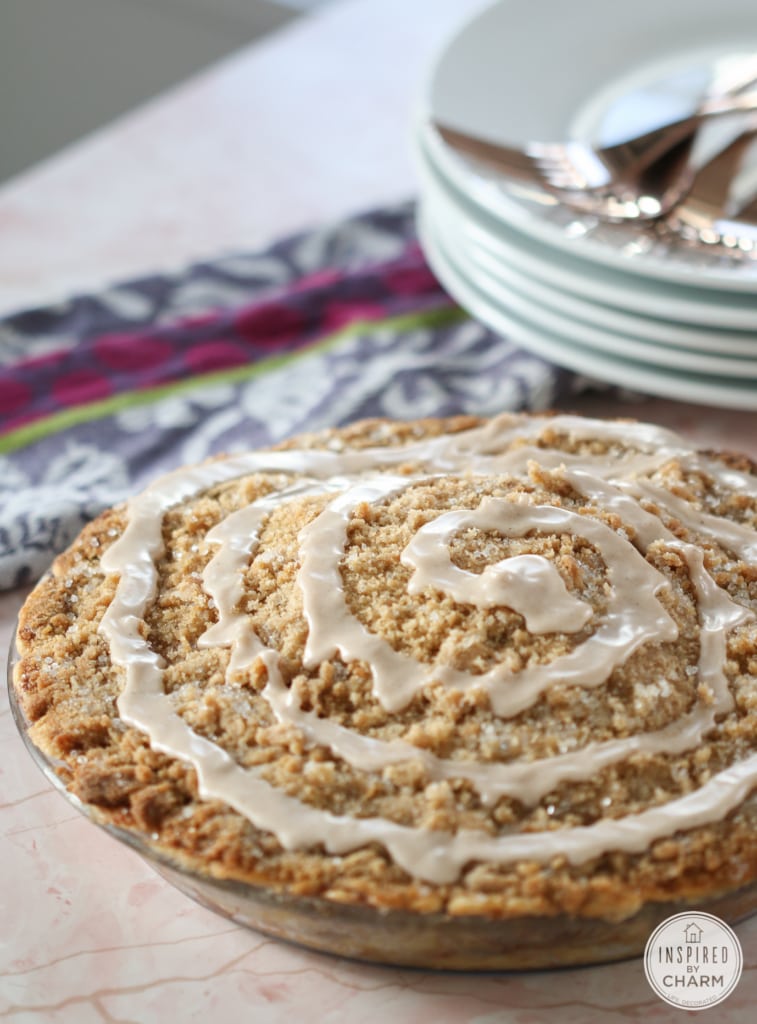 Slide the pie in the oven and bake it for an hour. For a final “cinnamon roll” touch, a swirl of cinnamon icing goes over the top. Perfection. Naturally, I served up mine with a big scoop of vanilla ice cream. If you are up to making your own, here is a recipe for vanilla frozen custard. 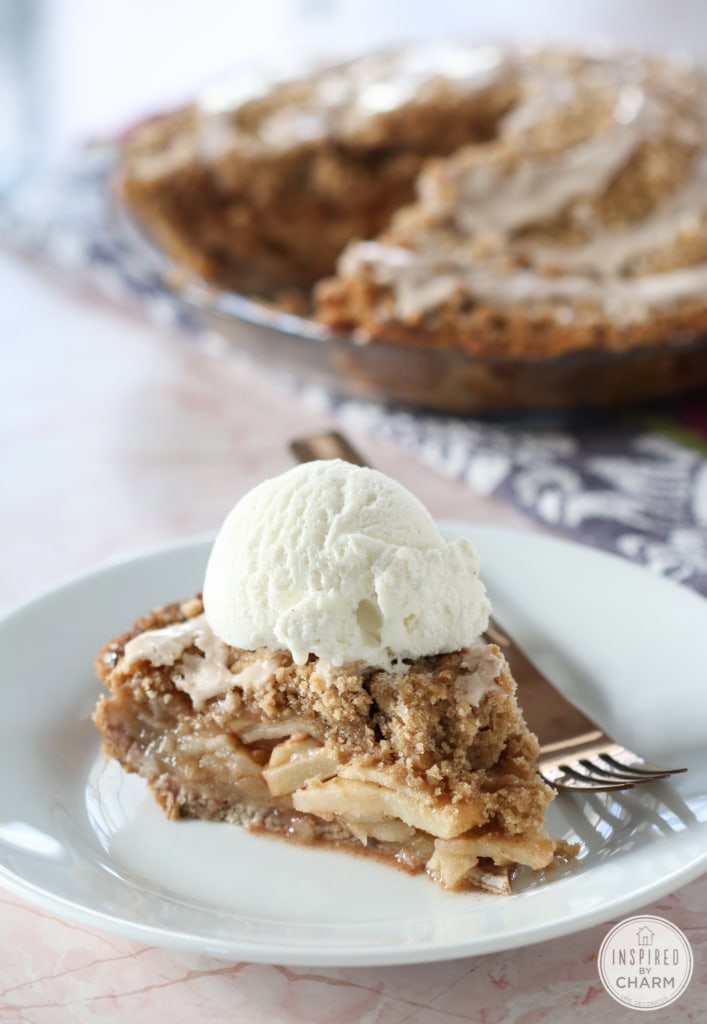 I forgot to take a picture while I was taste testing this pie, (I got distracted by the deliciousness.), but I can attest that seeing the cinnamon swirls in the crust as you’re digging in is pure bliss. It’s also one of those unexpected things that makes this dish really memorable.

While the crust does take a few extra minutes, it’s totally worth it. I think it also would be fun to try with a pumpkin or pecan pie! 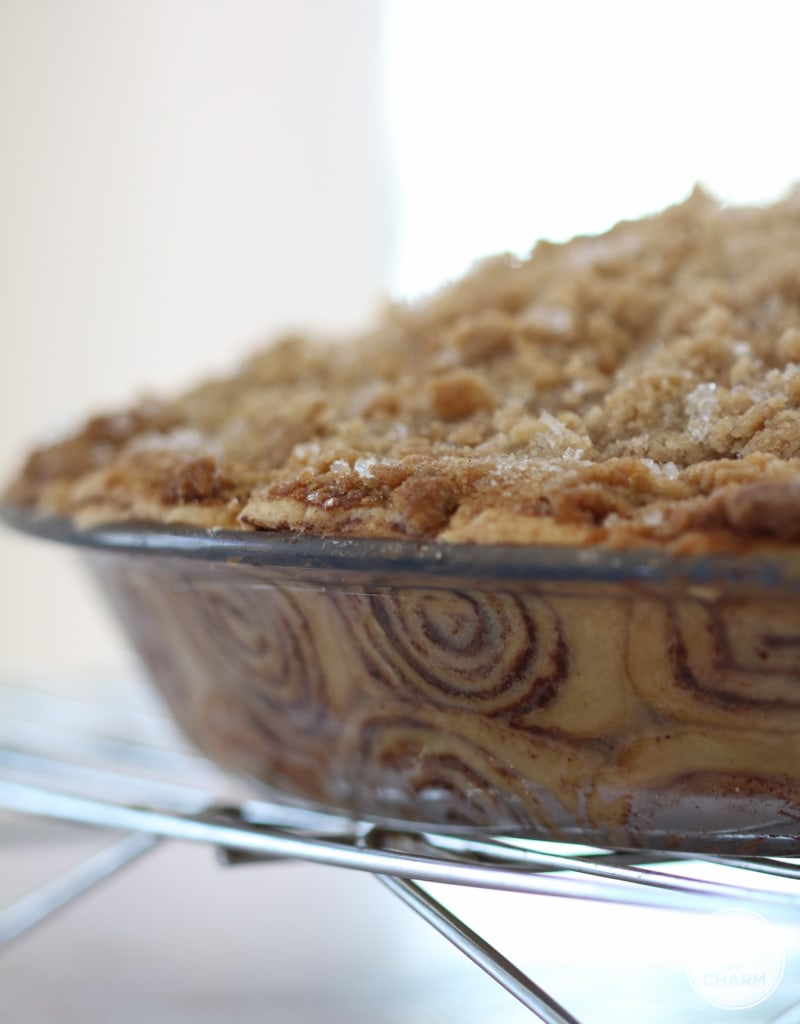 Enjoy this pie? Check out these recipes: 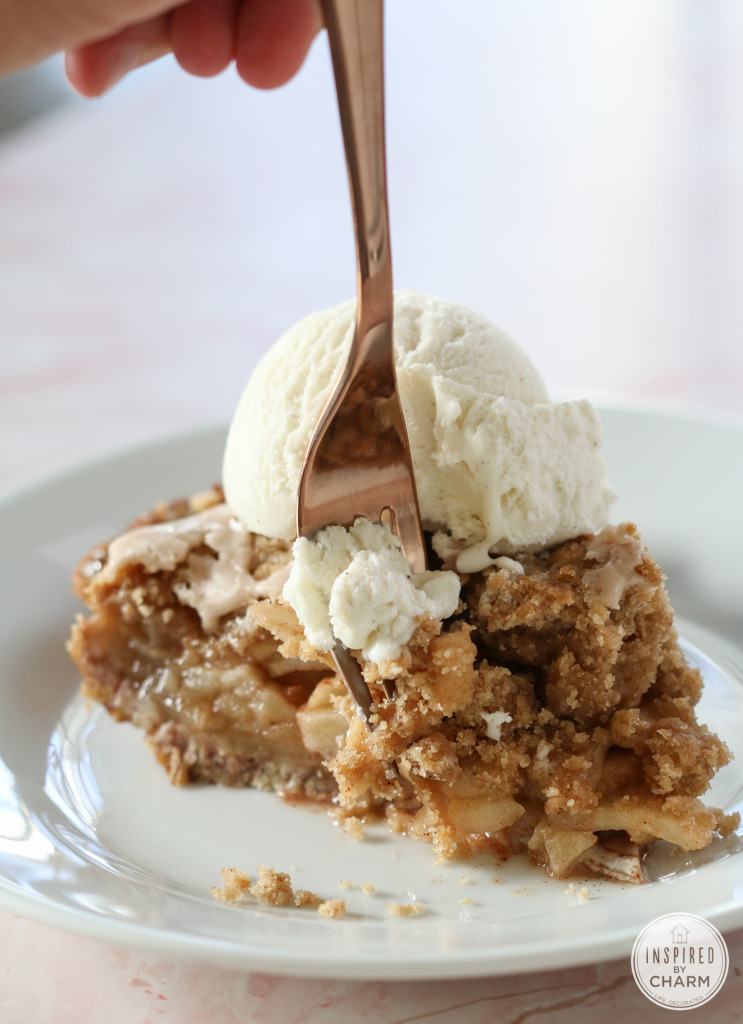 And that, my friends is another pie for our Year of Pie collection.

What do you think? Will you give this unique Cinnamon Roll Apple Pie a try?

Pin It!
This Cinnamon Roll Apple Pie is a unique take on a classic apple pie. Made with a cinnamon roll inspired crust it looks as delicious as it tastes!
Print