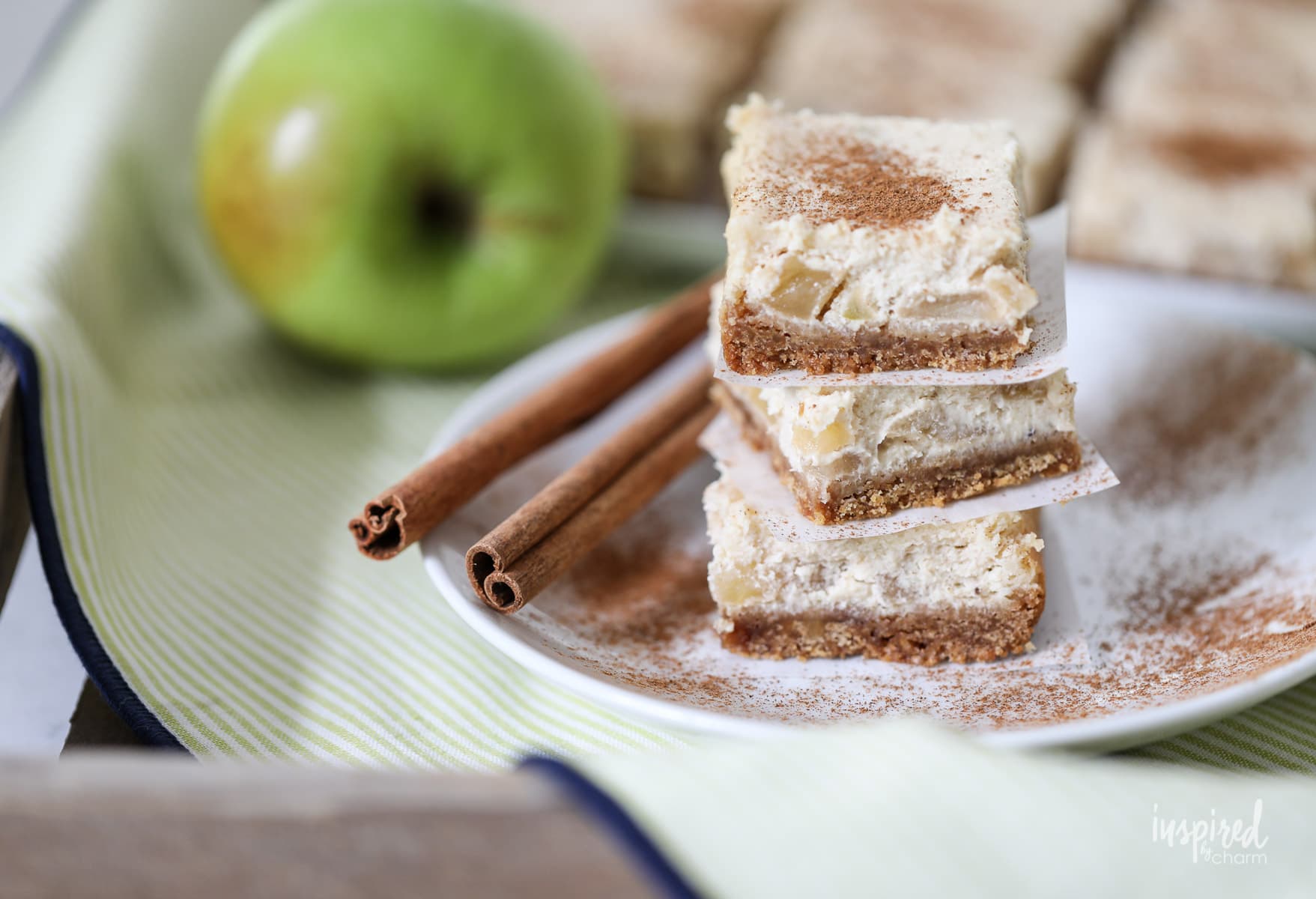 These Cinnamon Apple Cheesecake Bars are a delicious dessert for fall (or any time of the year). With their graham cracker crust and cinnamon, apple, and cream cheese filling these bars give you the yumminess of cheesecake without all the work. 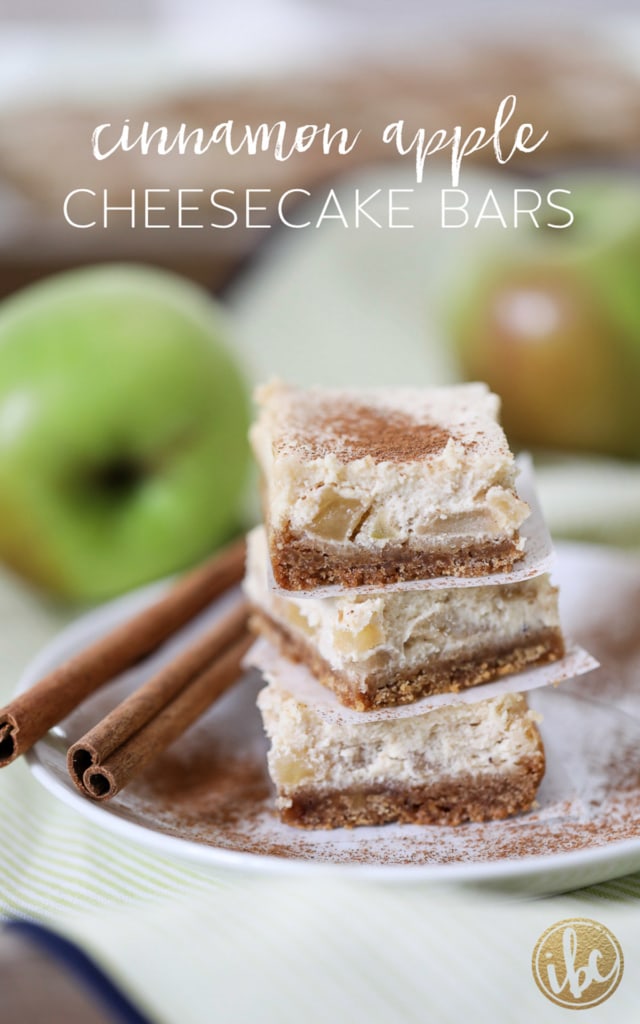 In recent years, it seems that pumpkin spice has become one of the top flavors of fall. As much as I love all things pumpkin, I’m also a huge fan of cinnamon apples and apple cider. That’s why I decided to make these cheesecake bars that are loaded with cinnamon and apple flavor. If you want a break from pumpkin, I think you’ll love these as much as I do.

Lately, I’ve been having so much fun baking. (Perhaps it’s because in my new kitchen I finally have a full-size oven after going without one once for more than a year.) If I didn’t have other things on my must-be-done list, I’d bake for days straight. As it is, I’ve been planning out multiple recipes, shopping, and then baking 4 or 5 things in succession. I crank up my music, clear off the countertops, and get to work. It’s been pure pleasure! I don’t even mind the dishes. 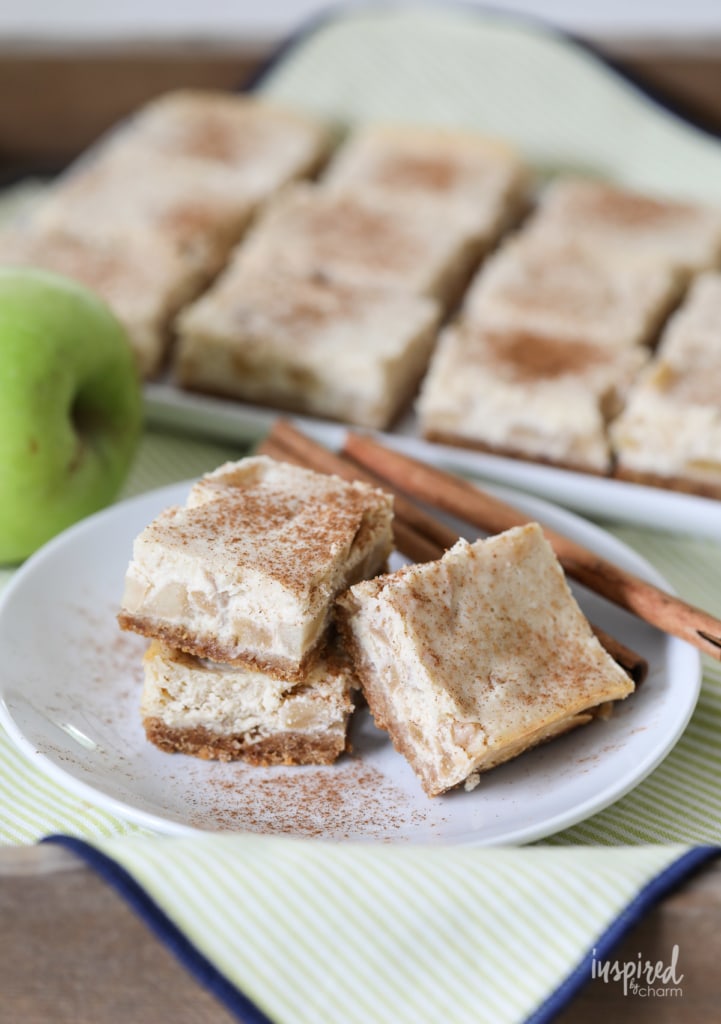 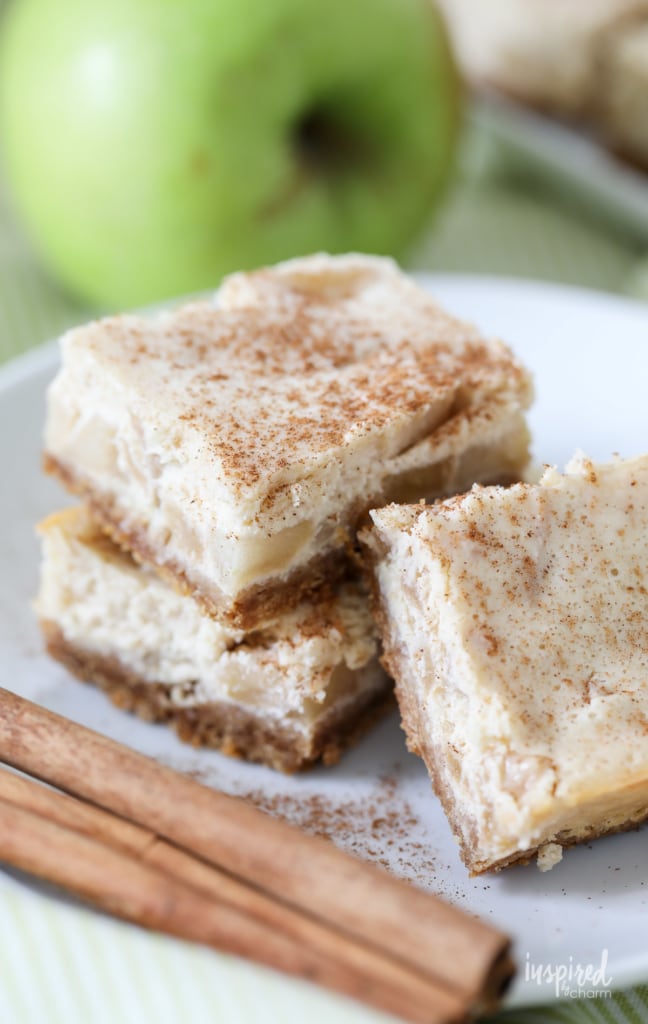 My latest creation is these Cinnamon Apple Cheesecake Bars. Let me tell you how to make them.

Recently, when I’ve made bar cookies or certain cakes, I’ve started by lining the pan with either aluminum foil or parchment paper. This makes removal from the pan so easy. However, if you plan to eat your cake or cookie bars straight out of the pan, you can skip this step.

Next, make the graham cracker crust and press it into the prepared pan. This crust in this recipe is a pretty standard one, except for the cinnamon. 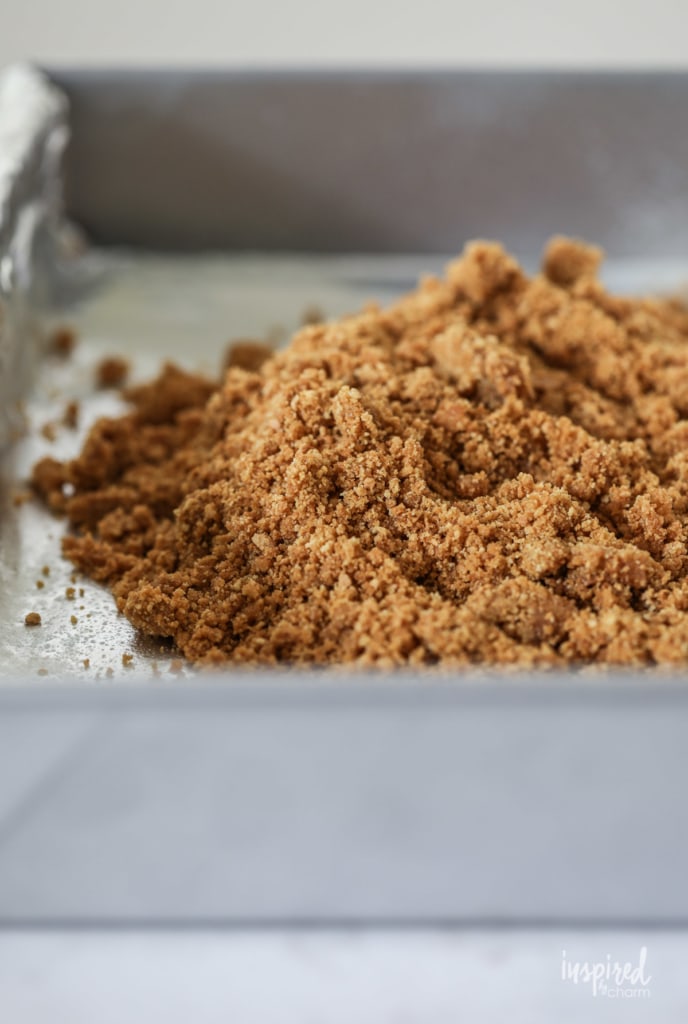 While the crust bakes and then cools, prepare the cheesecake filling. Soften the apples first by cooking them in a skillet with a little butter. Set them aside to cool. 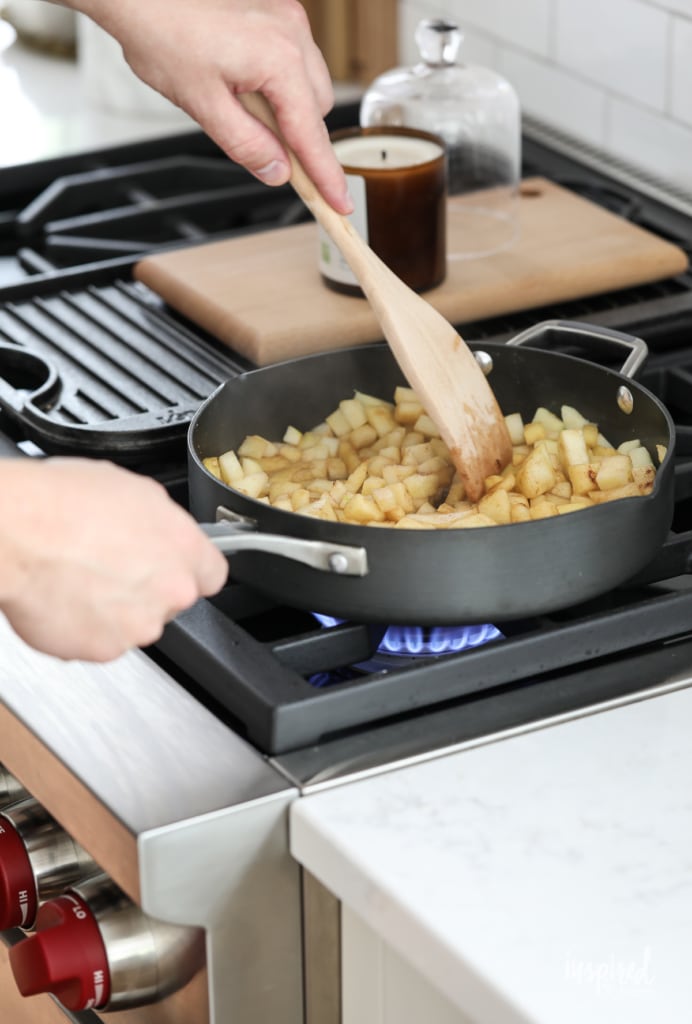 Then whip up the cheesecake batter by combining cream cheese, sugar, eggs, vanilla, and cinnamon.

Fold the cooled apples into the cheesecake mixture and then pour it onto your graham cracker crust that’s also been allowed to cool. Bake for 35-40 minutes. 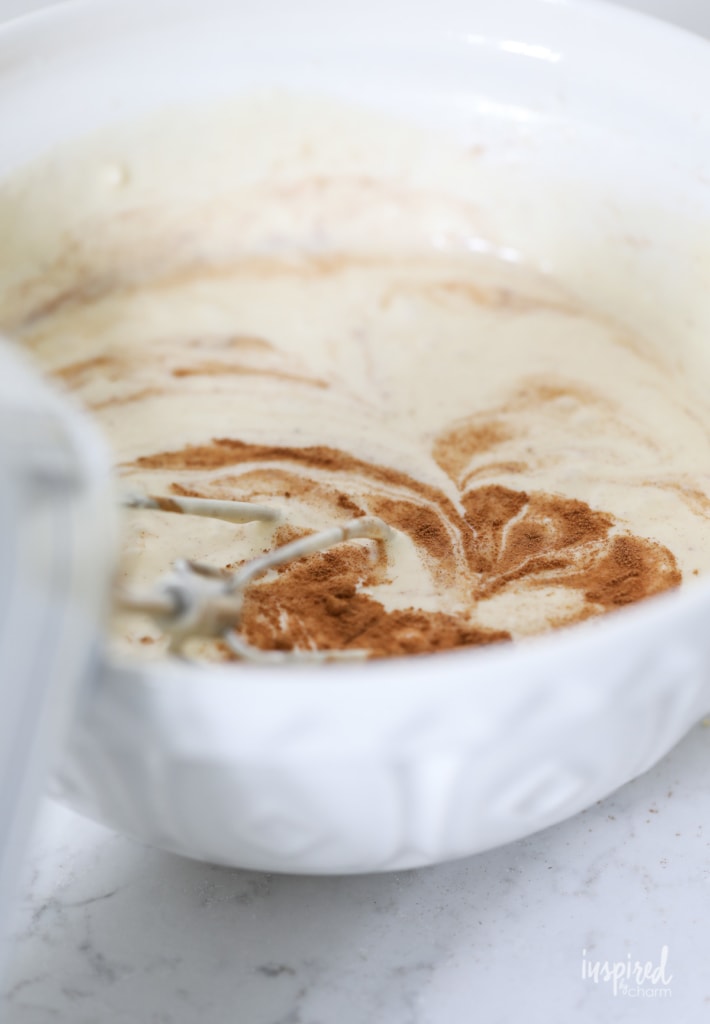 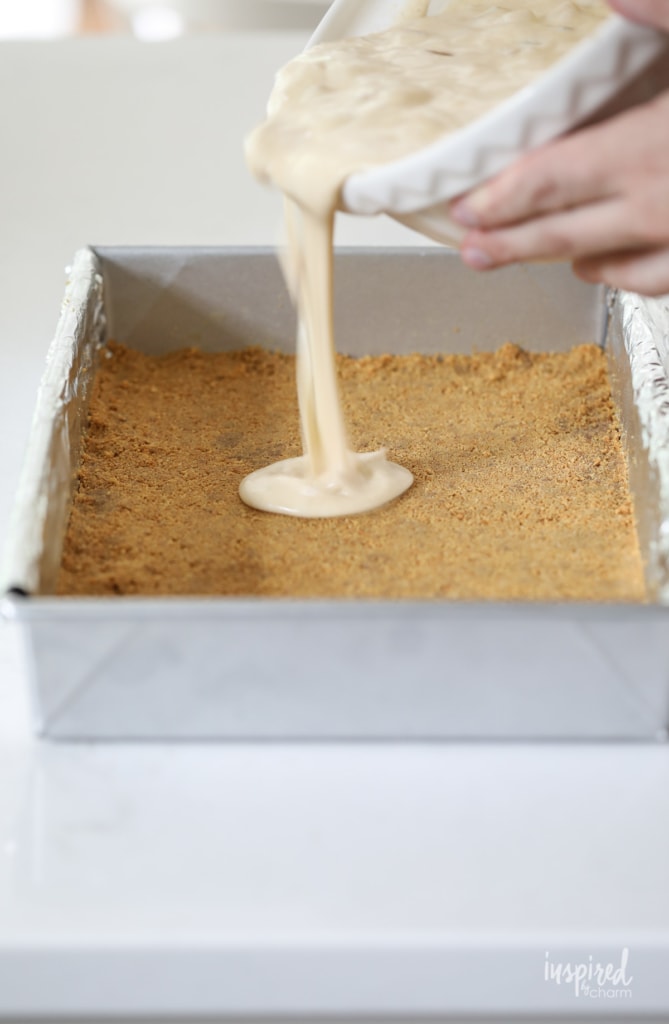 The hardest part of this recipe is waiting for it to cool before diving in. Let the cheesecake bars cool on the counter for about an hour and then chill them in the refrigerator for another 3-4 hours. 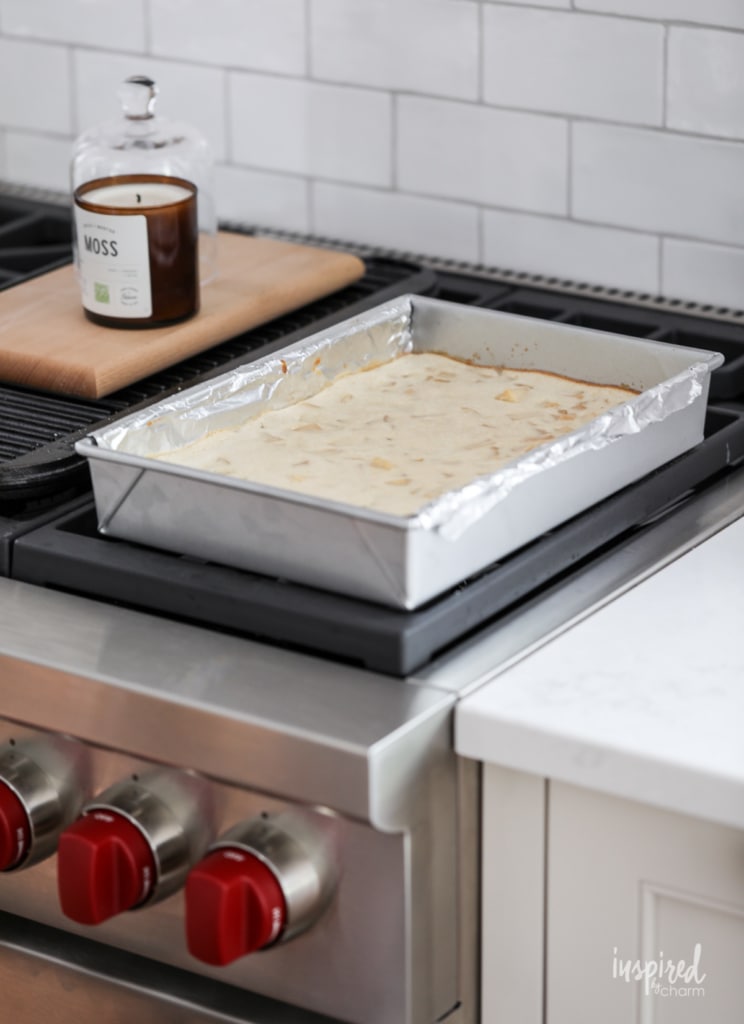 Before serving I like to dust the top of these bars with cinnamon. I recommend using a shaker like this one.

And that’s it, my friends. Your delicious Cinnamon Apple Cheesecake Bars are ready to be devoured! Yum!! 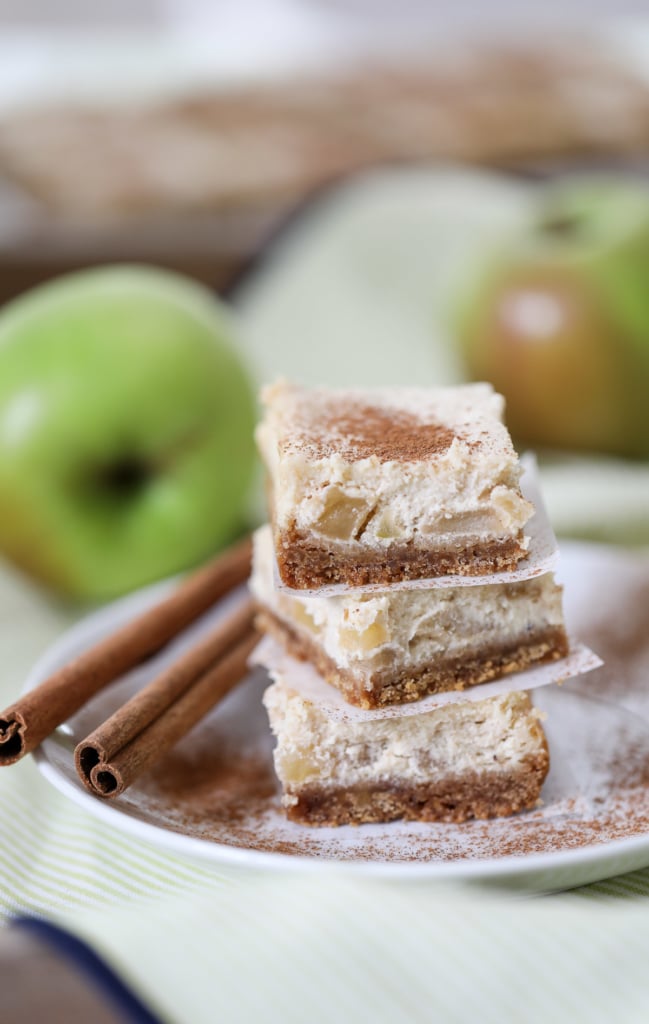 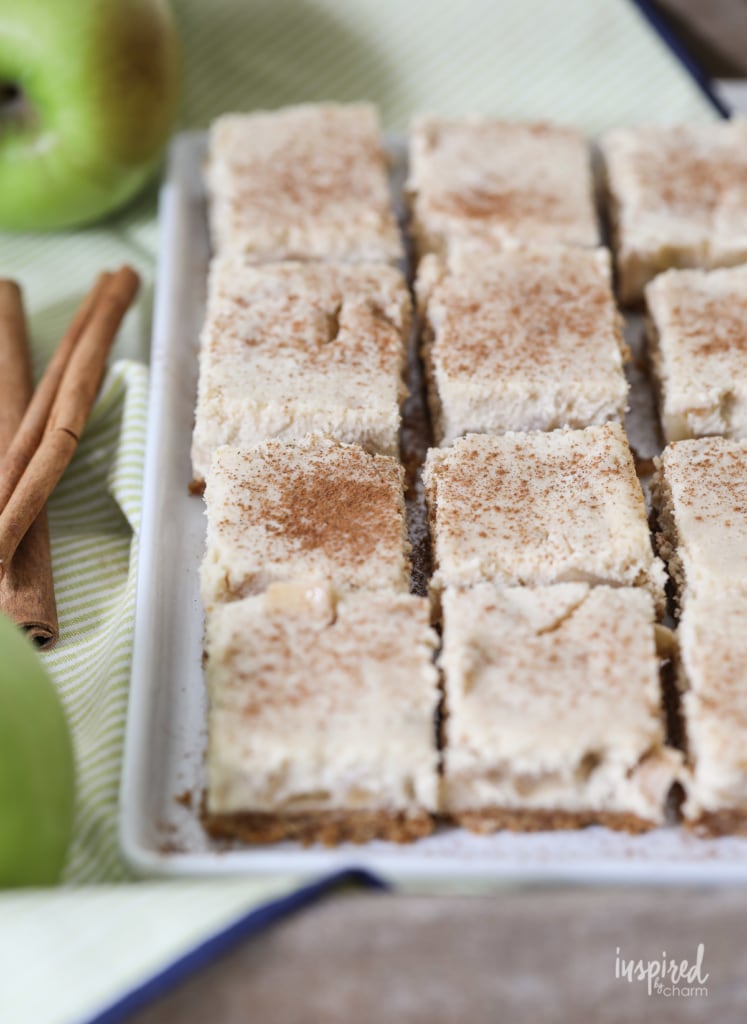 I bet you can almost taste these bars. Fall apples in a creamy cheesecake filling on a crunchy graham cracker crust, all with a hint of cinnamon spice. What’s not to love?

This is an easy and fun recipe your family and guests will enjoy throughout the season and beyond. Happy baking! 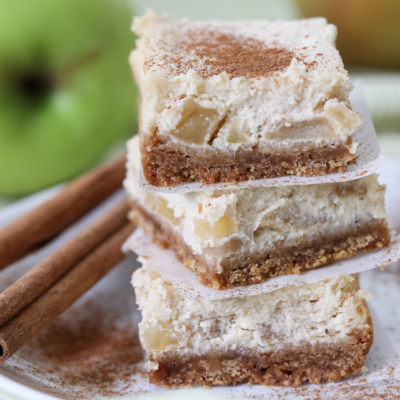 Pin It!
These Cinnamon Apple Cheesecake Bars are a delicious dessert for fall (or any time of the year). With their graham cracker crust and cinnamon, apple, and cream cheese filling these bars give you the yumminess of cheesecake without all the work.
Print 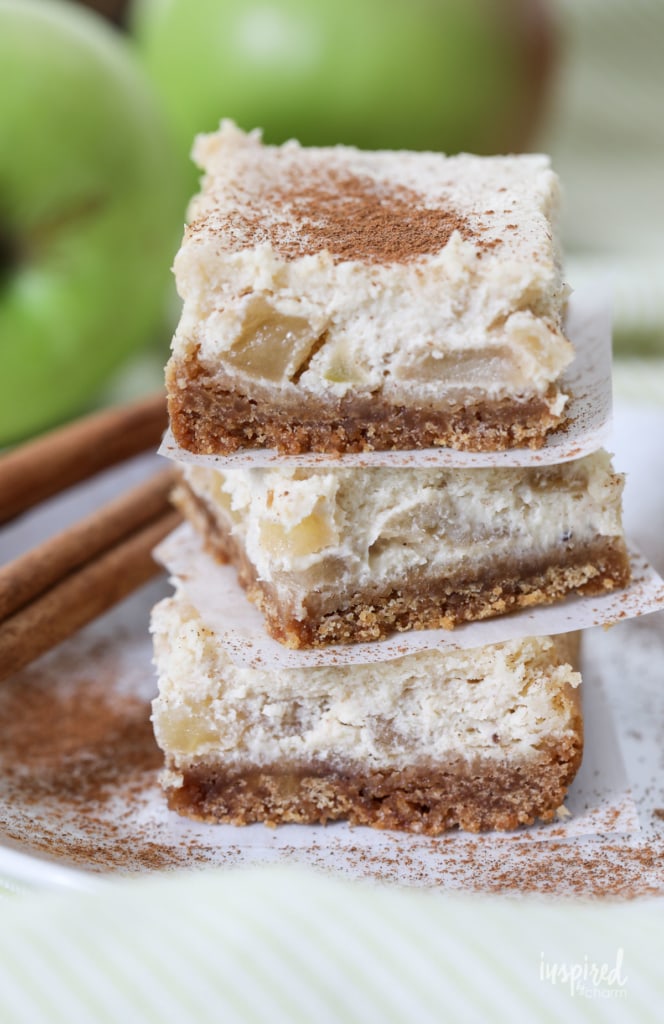