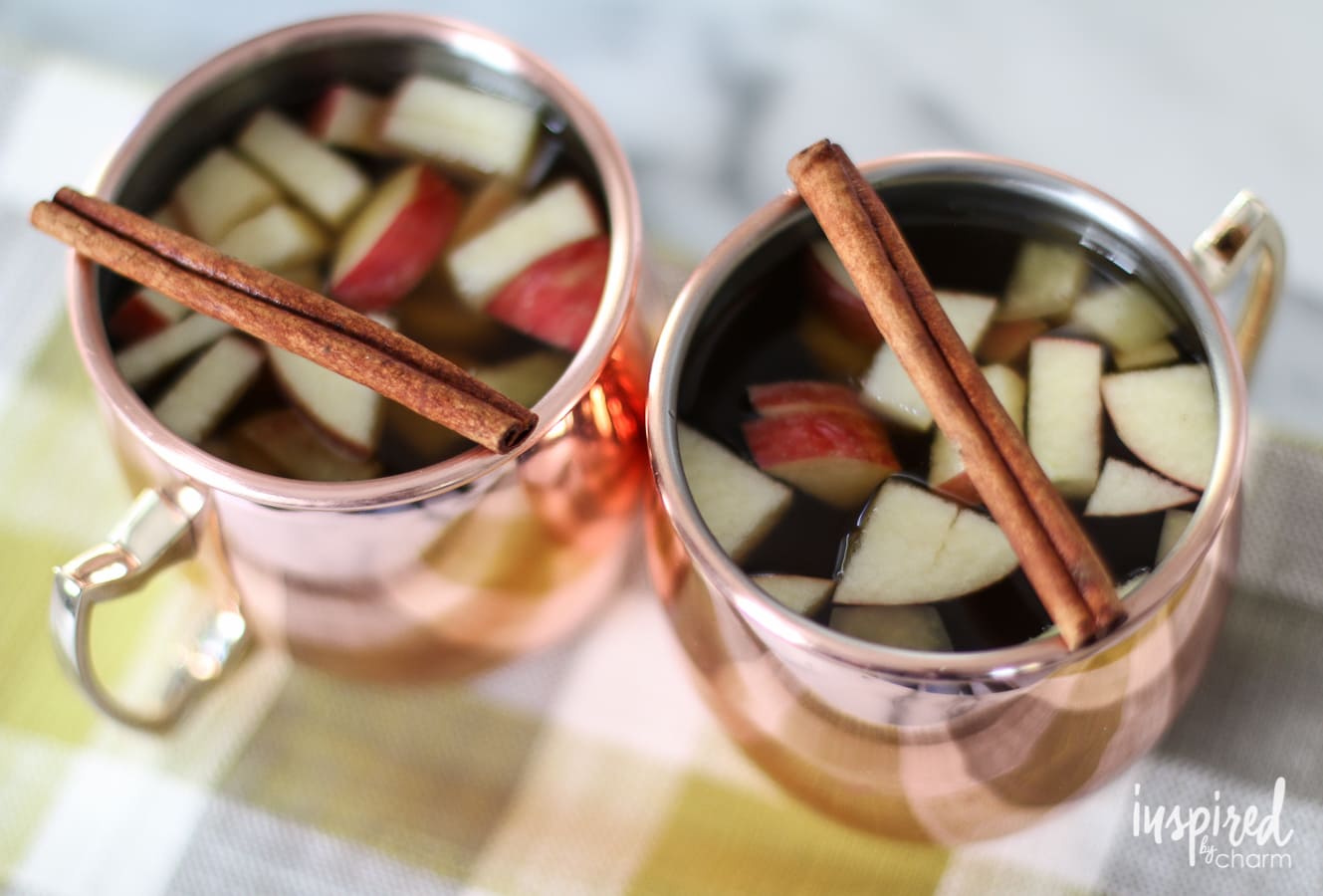 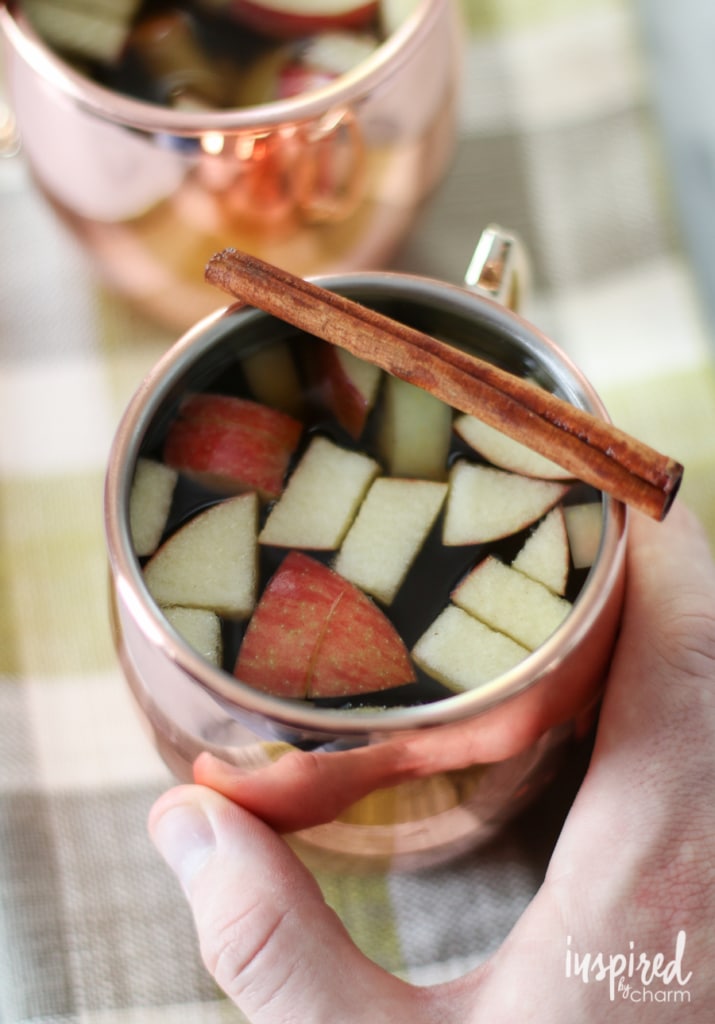 There’s nothing better than a warm beverage on a cool day. During the fall and winter, one of my new favorites is a delicious hot toddy recipe!

With cooler temperatures rolling in, I thought I’d amp up my warm beverage options and give a hot toddy a try.

Typically, I’m not a fan of bourbon or any kind of whiskey, although, between you and me, I wish I was. When I see people sipping a glass of bourbon on TV or in a movie, I think they look so sophisticated and commanding.

Anyway, I have tried a few drinks made with bourbon, and I do enjoy them a bit more than just drinking it straight up. So, inspired by my need for something warm and my desire to acquire a taste for bourbon, I created an Apple Cinnamon Hot Toddy.

How to Make a Hot Toddy: 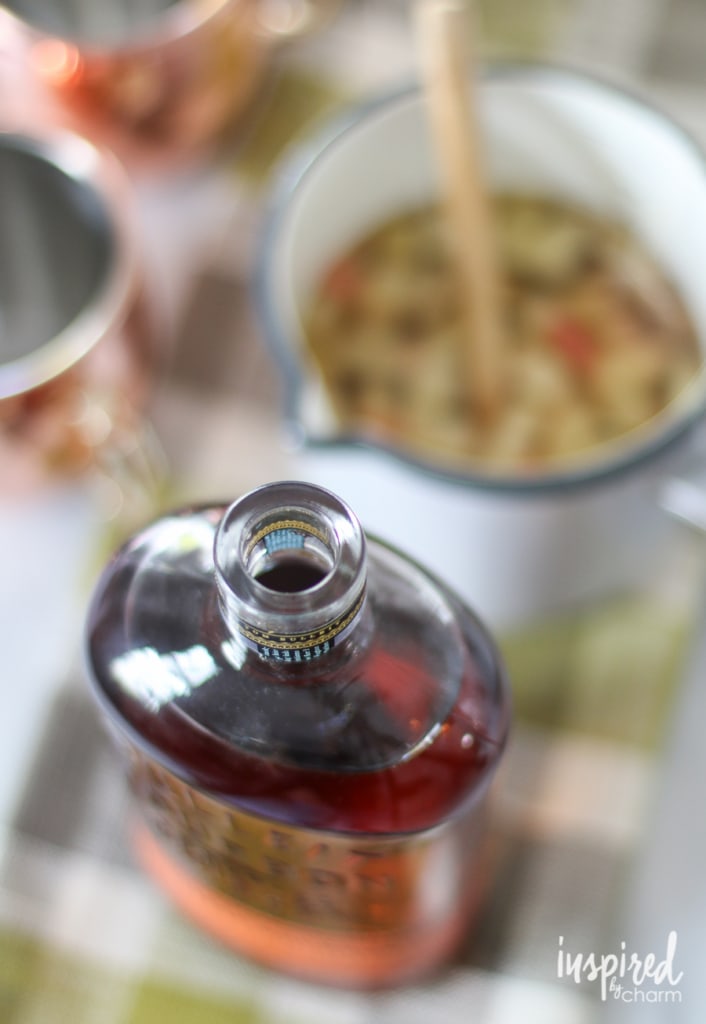 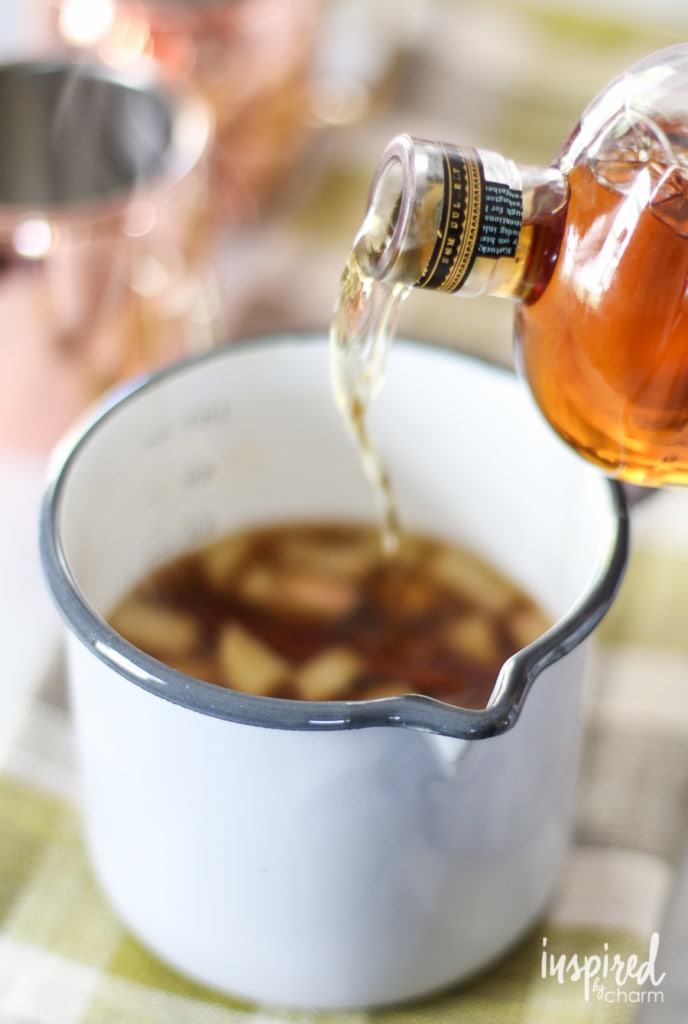 Mixed with cinnamon, maple syrup (Finding Home Farms, of course), and black tea, bourbon takes on a whole new life. And you know what, I love it!

In all honesty, this toddy is quite delicious and perfect for cooler weather. Plus, rumor has it that hot toddies are a great cure for a cold. Sick days just got a whole lot better. 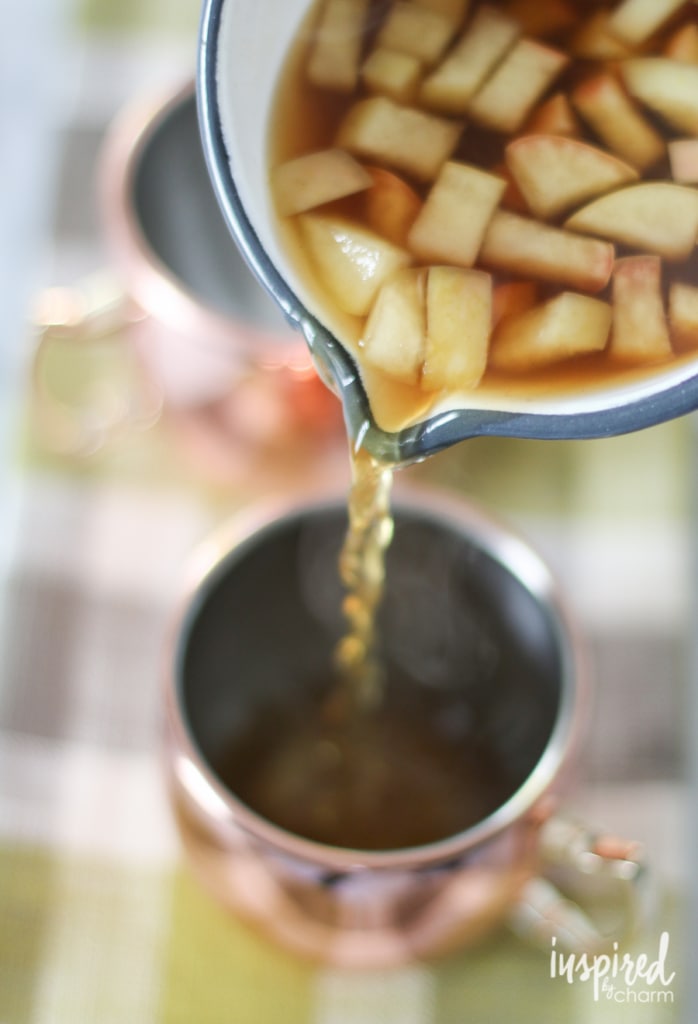 What’s the best liquor for a Hot Toddy?

I prefer bourbon as my base hot toddy liquor. However, feel free to use what you love. Rum, brandy, or whiskey could all be excellent options. Use what you like best!

And for those of you who don’t imbibe, you can just substitute fresh apple cider for the bourbon. Yum! 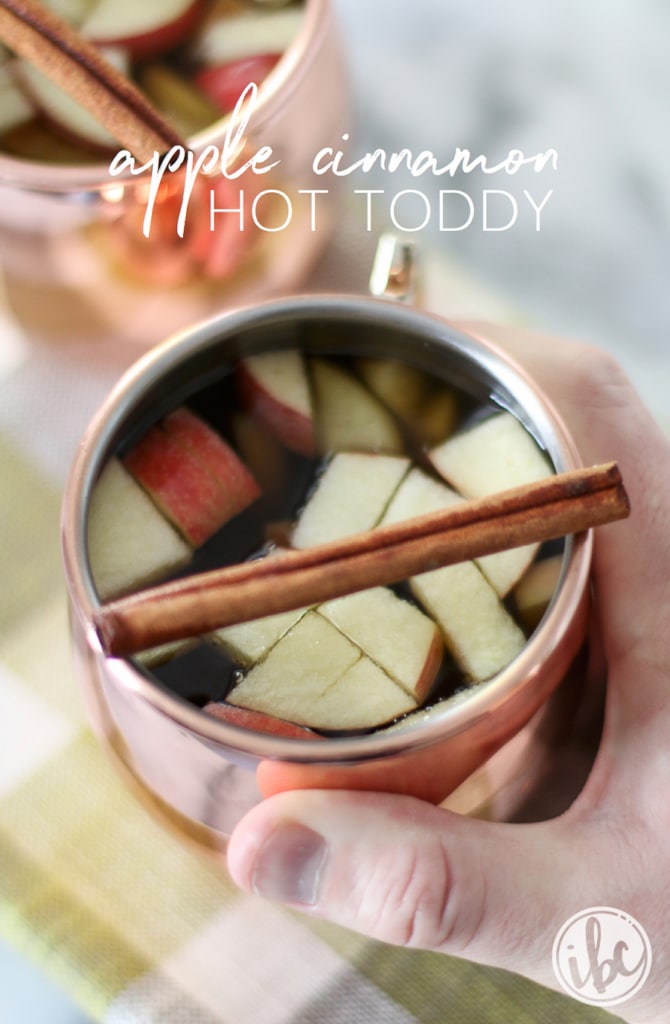 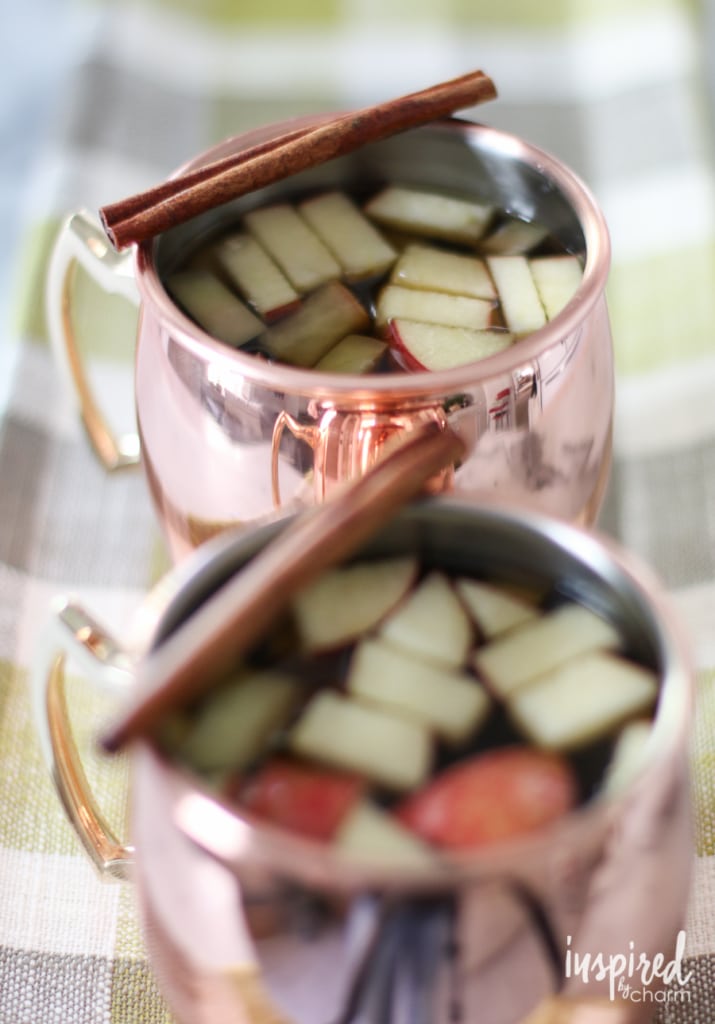 Like this Hot Toddy Recipe? You love these Fall Cocktails:

Even if you’re not a big bourbon fan like me, I think you’ll like this hot toddy recipe. I hope you’ll give it a try.

Do you drink hot toddies? What’s your favorite thing to sip during the cold months? 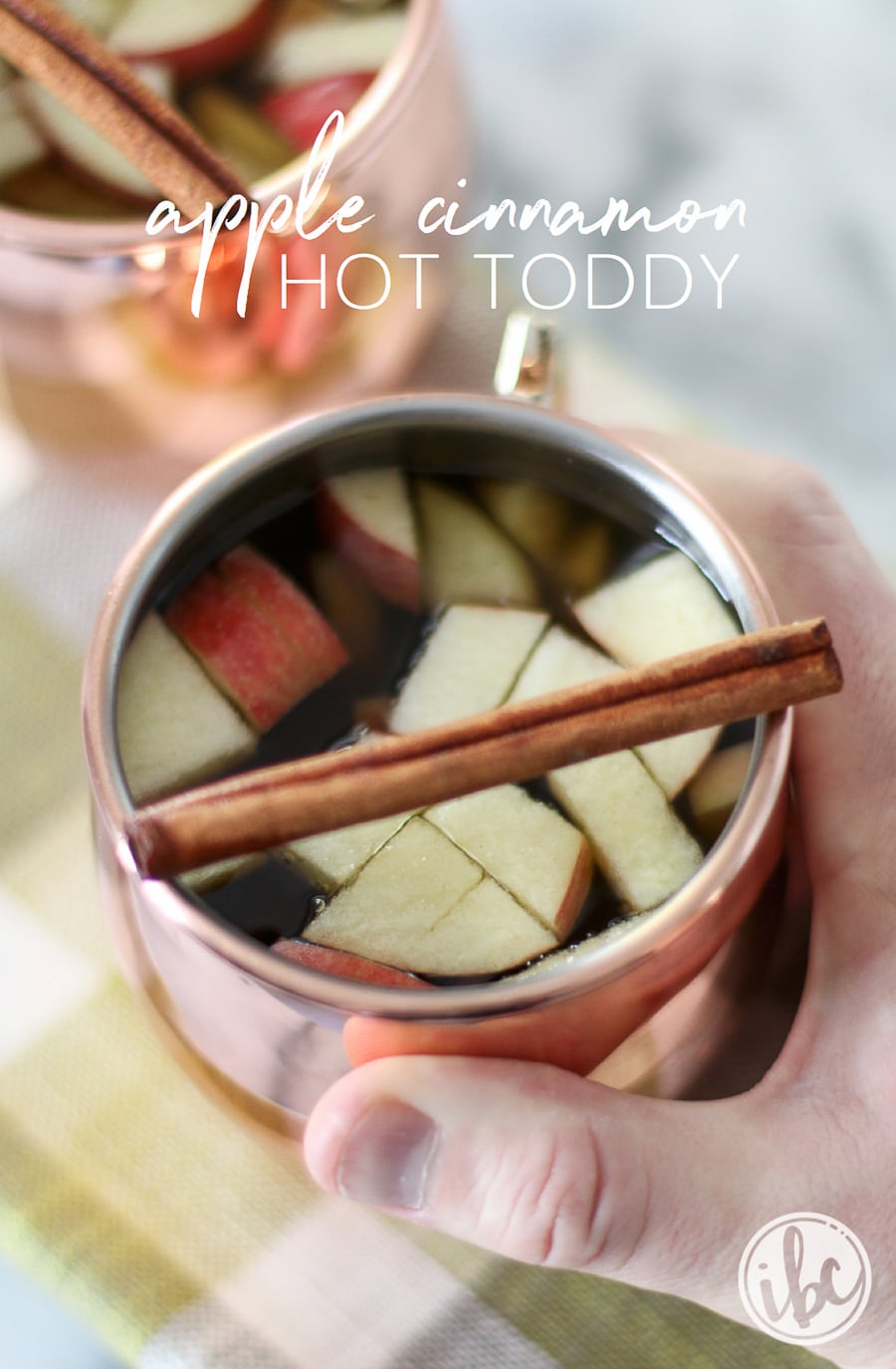