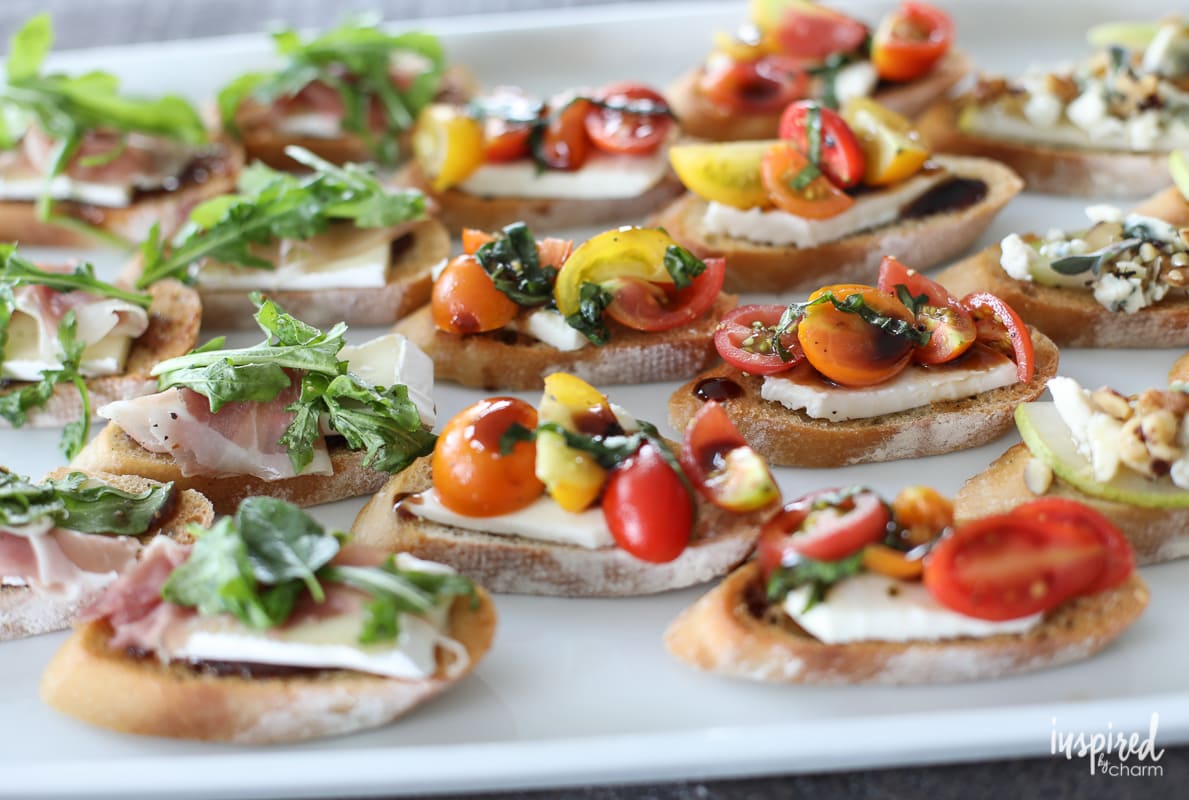 If you ever need a beautiful, flavor-packed, all-occasion appetizer, look no further than crostini. Today I’m sharing three delicious crostini recipes that you can make for your next celebration. 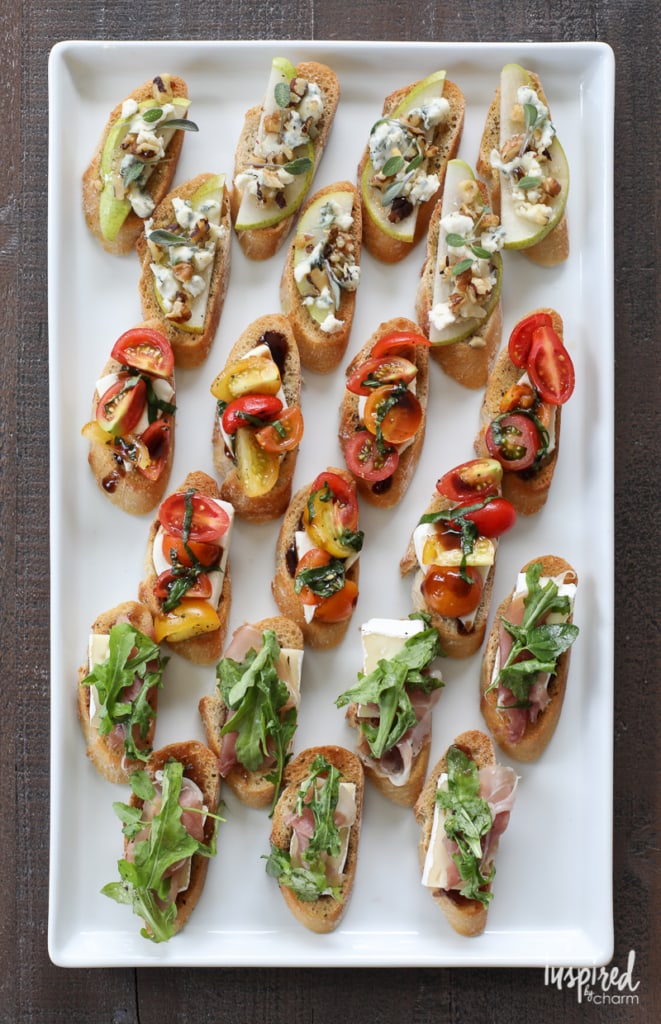 This post is created with America’s Dairy Farm Families and Importers, in partnership with the Innovation Center for U.S. Dairy. However, the views and opinions are my own.

In case you’re not familiar with crostini, it’s a tiny, open-faced sandwich. Like a sandwich, it’s layered with ingredients such as meats, cheese, fruit, veggies, and spreads. What’s not to love, right? 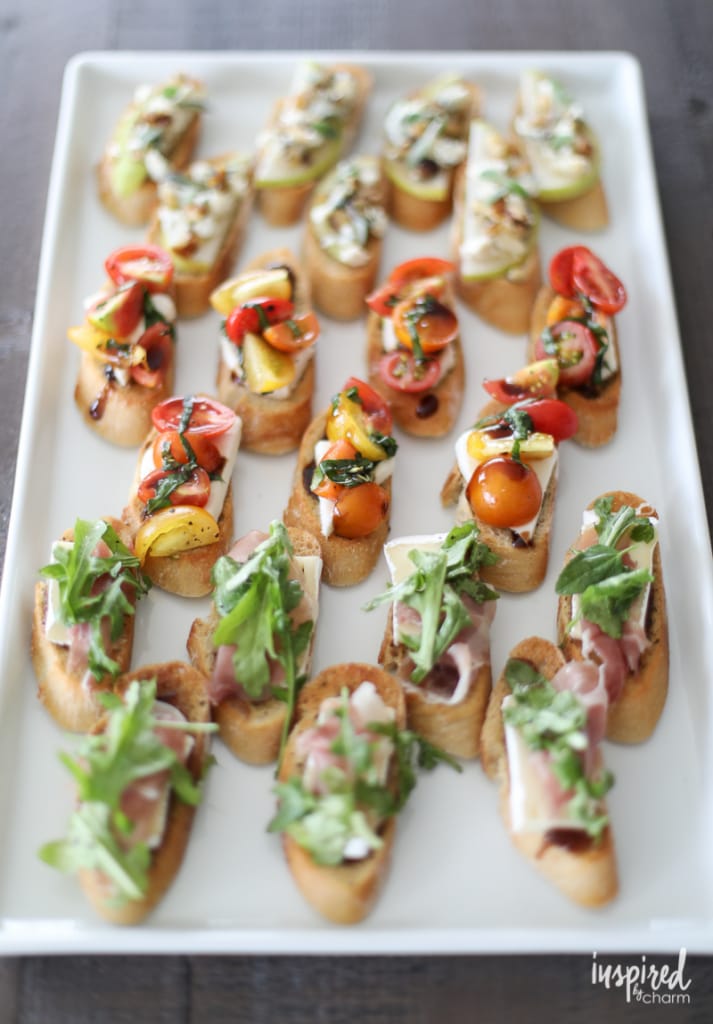 Since cheese is one of my favorite foods, I often include it in recipes. And you might have noticed that this year I’m working with America’s Dairy Farm Families and Importers to share more dairy-inspired recipes and how the dairy foods we love to eat and drink we get from the farm, to our table.

Did you know that there’s an ongoing effort to make dairy farms more efficient? Today, a gallon of milk is produced with 90 percent less land, 65 percent less water, and a 63 percent smaller carbon footprint than in 1944.

The dairy community is committed to preserving our natural resources and creating a sustainable future for everyone, including their farms, families and their communities. 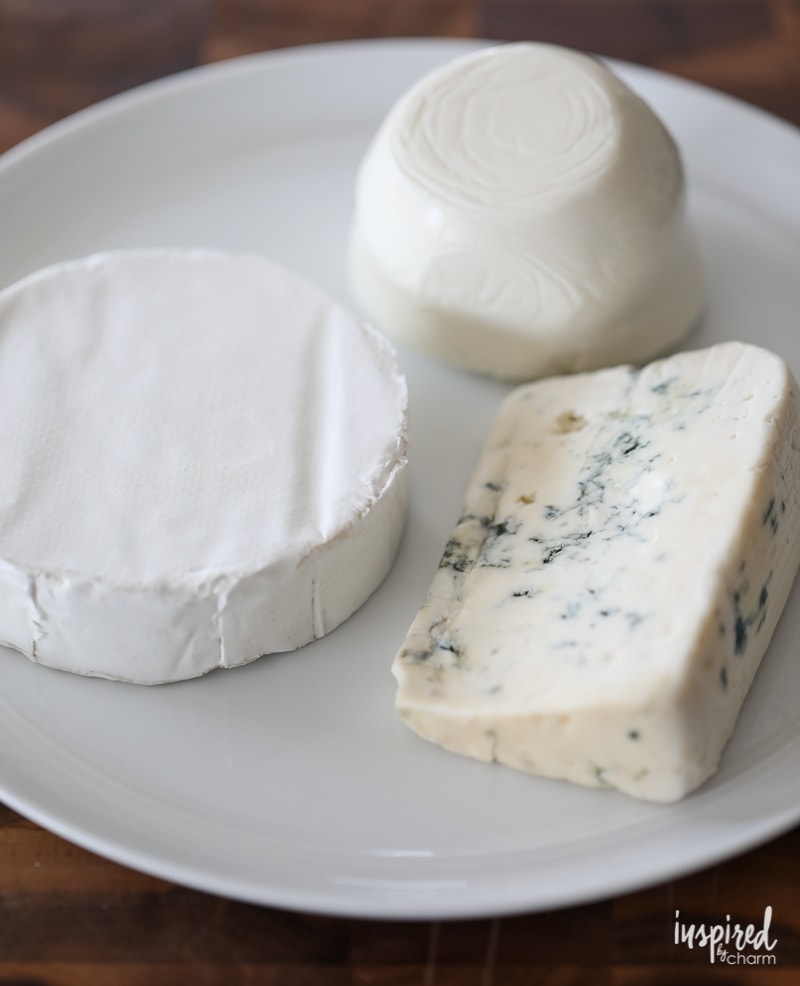 For those reasons (and honestly because I just love me some cheese), each of my crostini recipes starts with a different cheese as its inspiration. From there, I shopped one of my local farmers markets for other fresh goodies to complement the flavors. These are truly farm-to-table recipes.

To get started, you’ll need a baguette. I like to slice it on a diagonal. Doing this creates larger, fancier-looking slices. Place the bread slices in a baking pan, brush them with extra virgin olive oil, and sprinkle them with salt and pepper.

Then pop the pan into your oven on broil for 4-5 minutes or until the bread is lightly browned. Toasting the bread this way not only adds flavor and crunch but also makes it a sturdy support for the toppings. 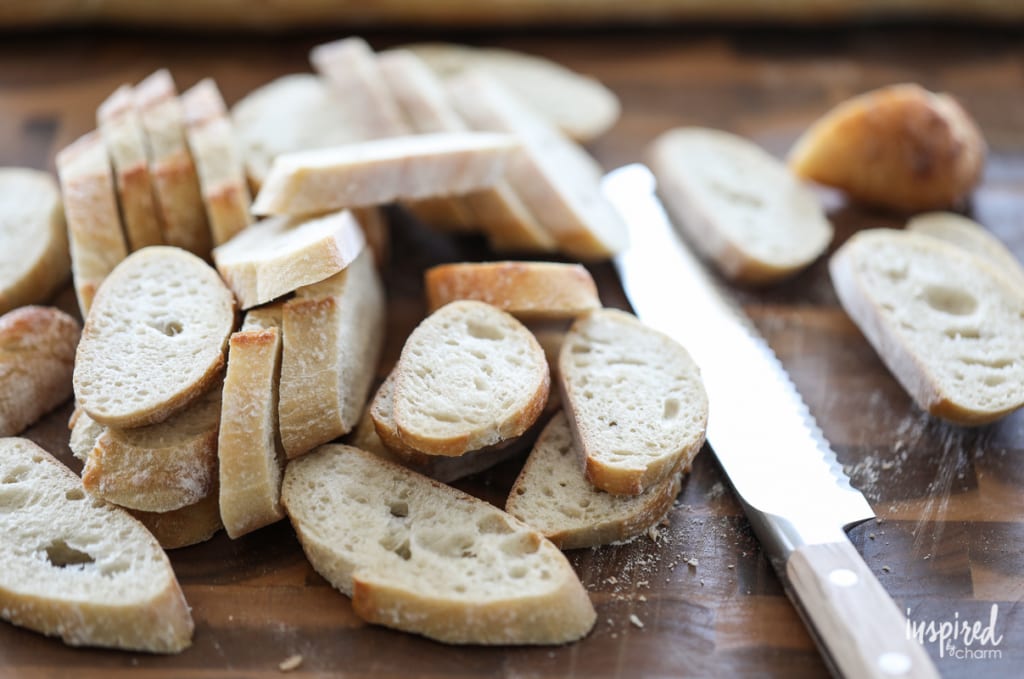 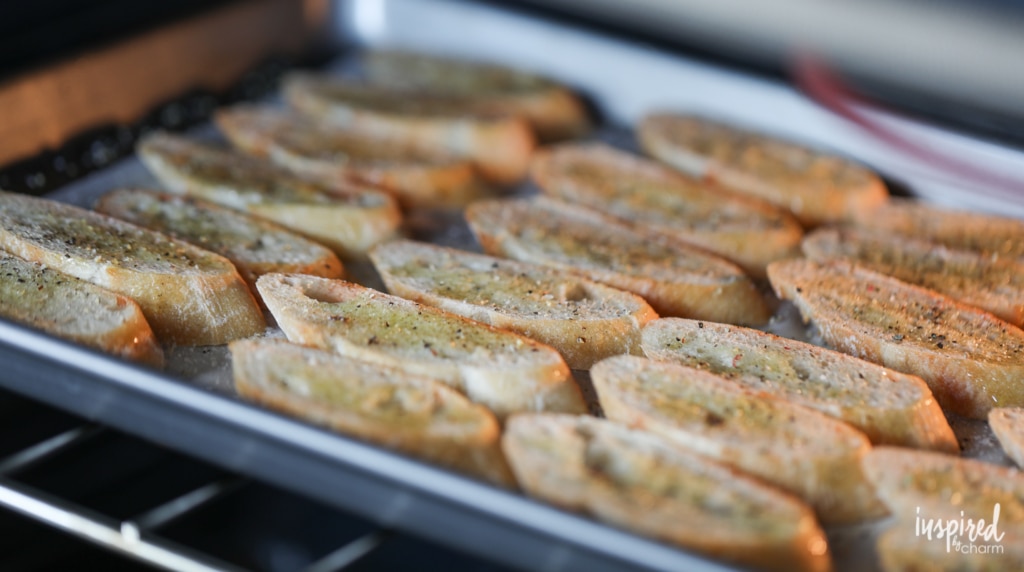 While the bread cools, gather and prepare your toppings. I’m sharing three different recipes. Each one makes 24 crostini, give or take. 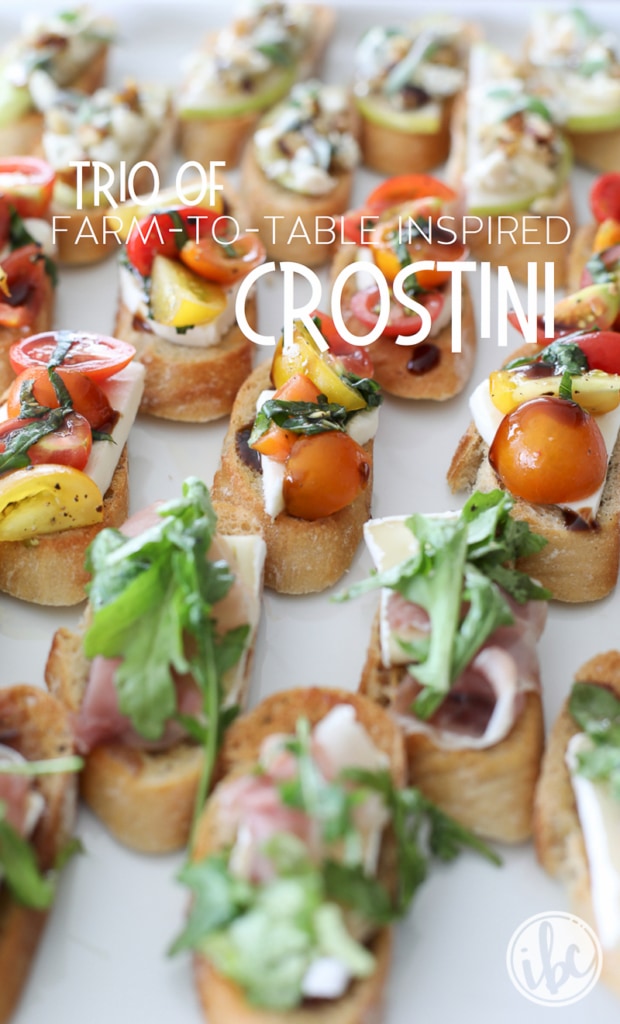 How to make Crostini: 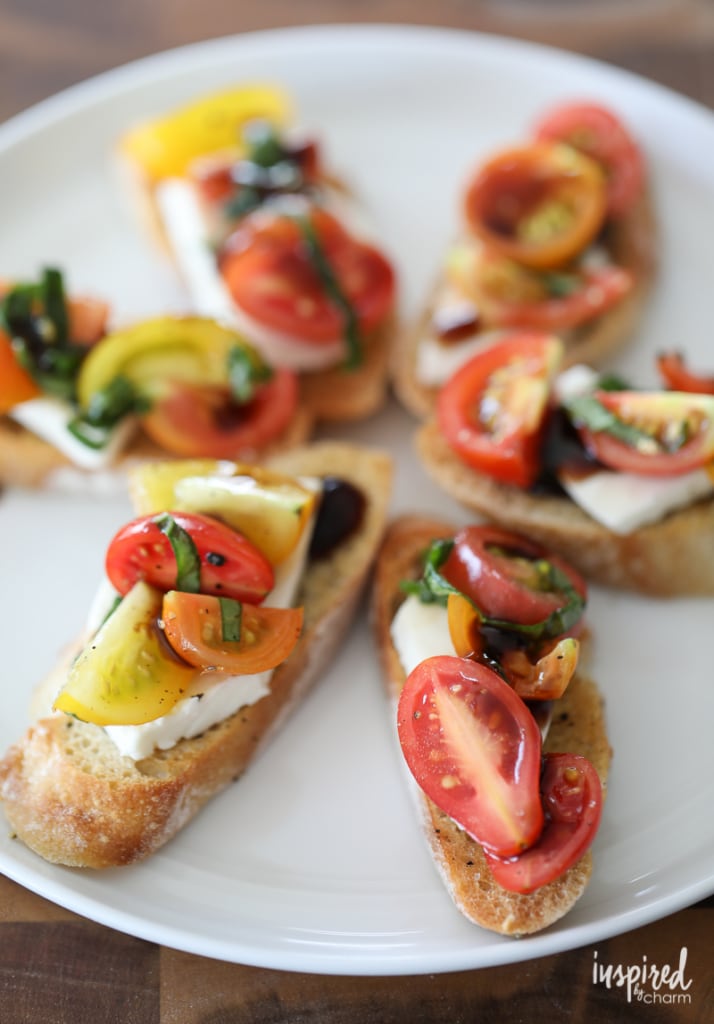 Here, the toasted baguette is topped with a slice of fresh mozzarella. Tomatoes, which have been lightly tossed with oil, basil, salt, and pepper, are the next layer. The finishing touch is a drizzle of balsamic glaze. 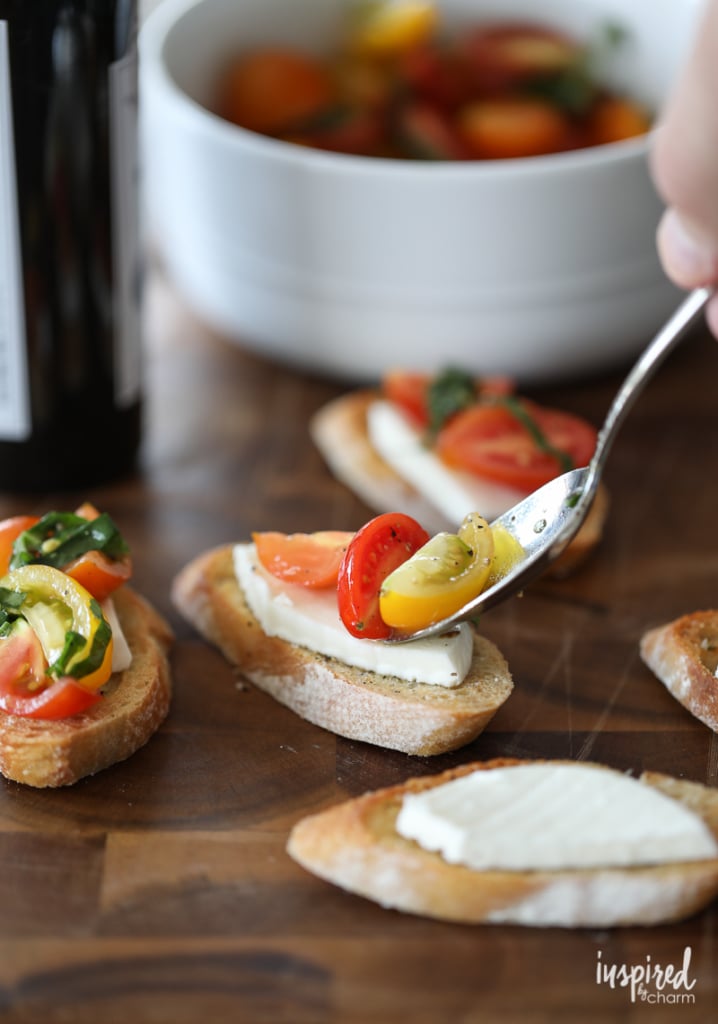 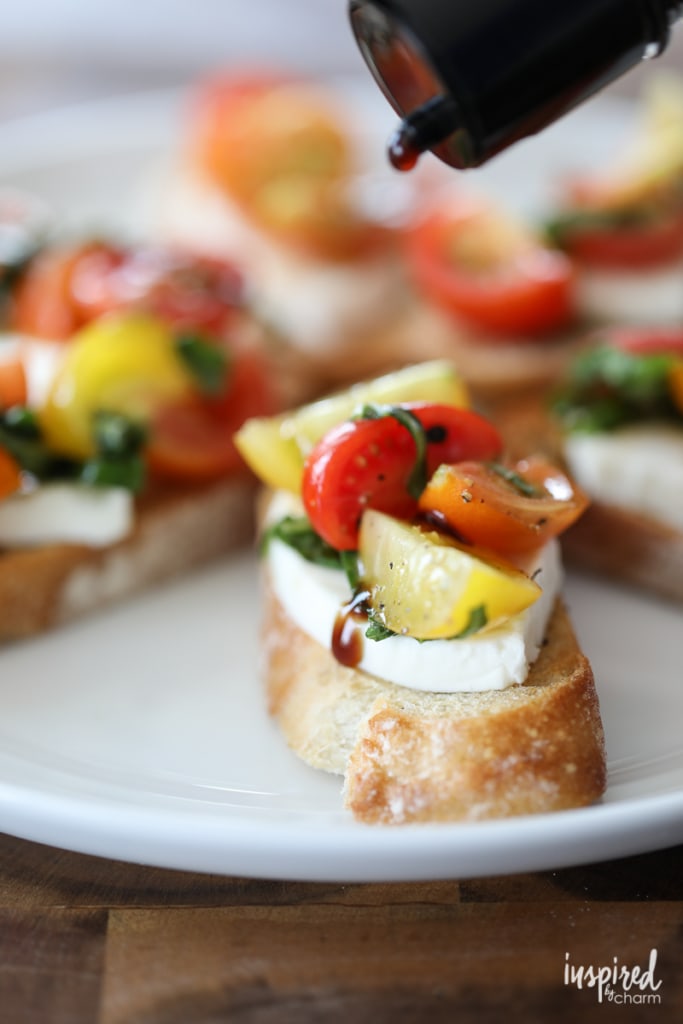 This flavor combination is reminiscent of a classic caprese salad, and it’s just as delicious! 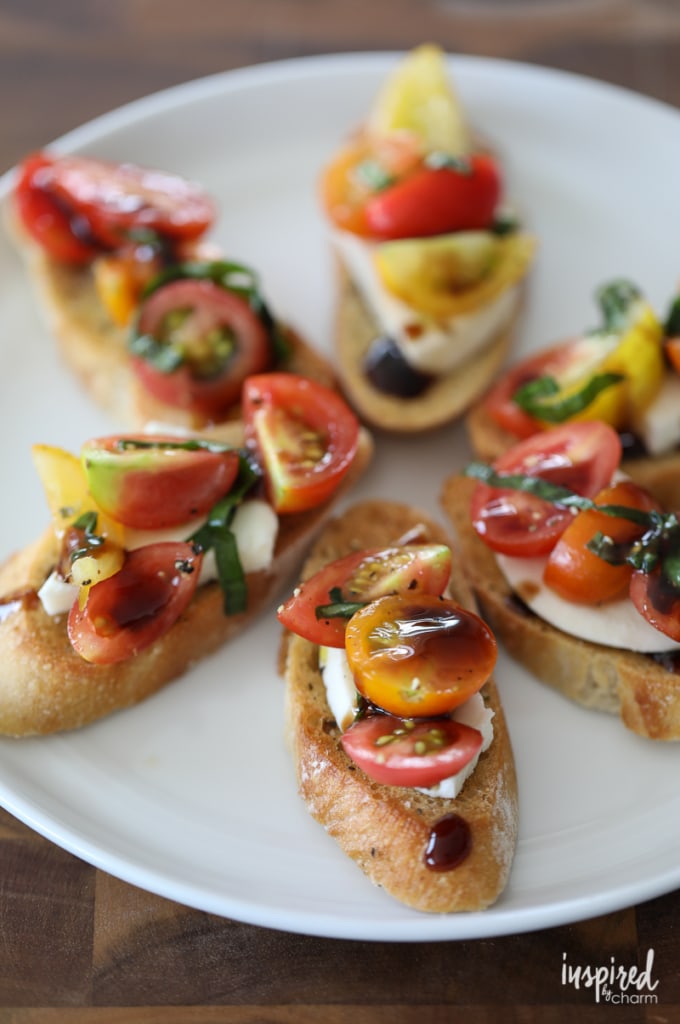 The next crostini may well be my favorite: Blue Cheese, Pear, and Honey Crostini. I think I love this one the most because blue cheese makes my tummy happy. 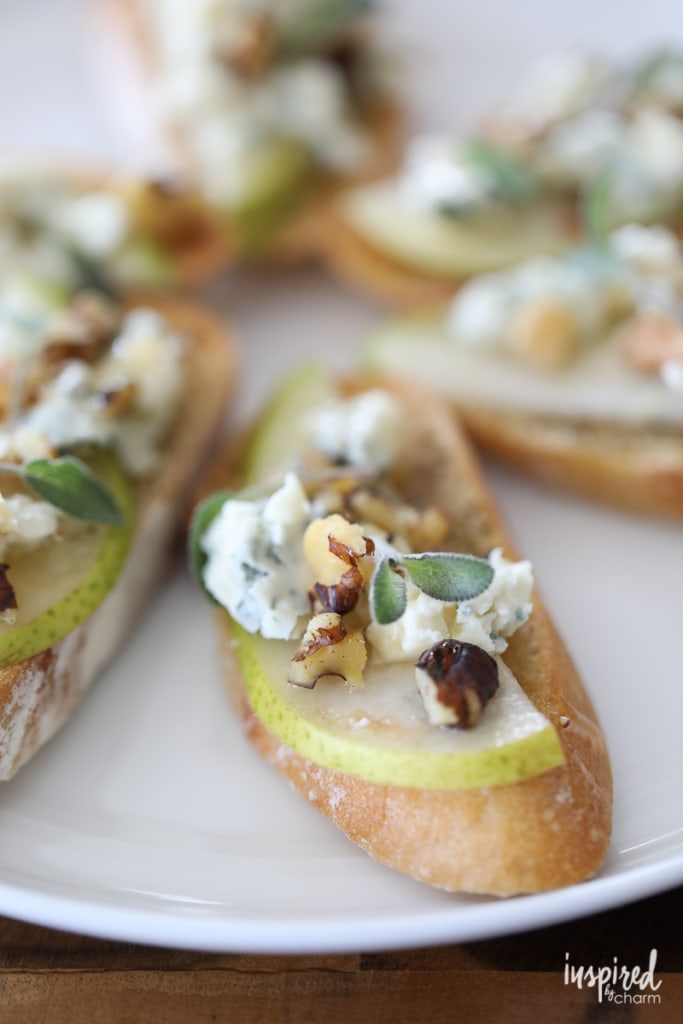 To make this, I first put a slice of fresh pear on the crostini. Then I crumbled on some blue cheese and added chopped walnuts for crunch. 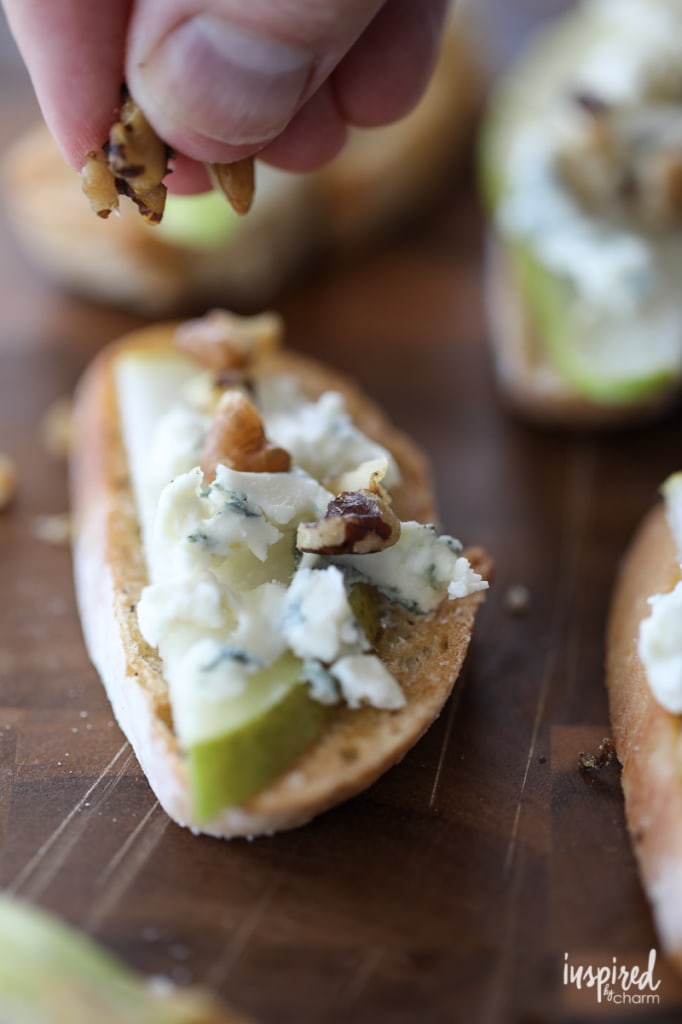 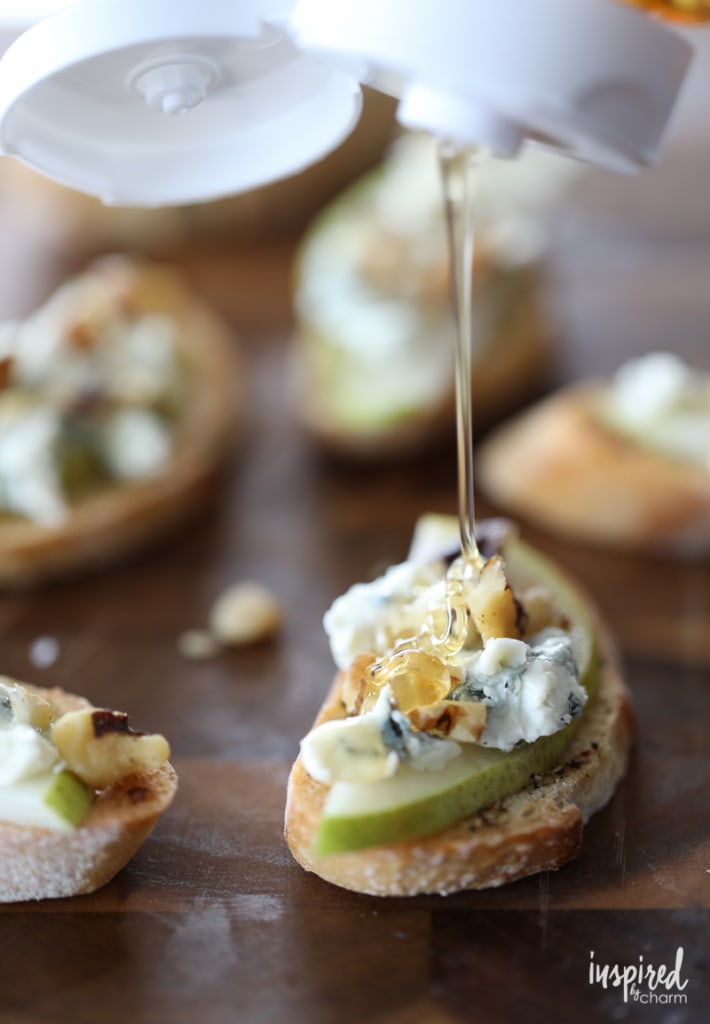 Because blue cheese pairs so well with something sweet, a drizzle of honey came next. Finally, since I have sage growing on my balcony, I added some of the baby leaves. What a cute and tasty bite! 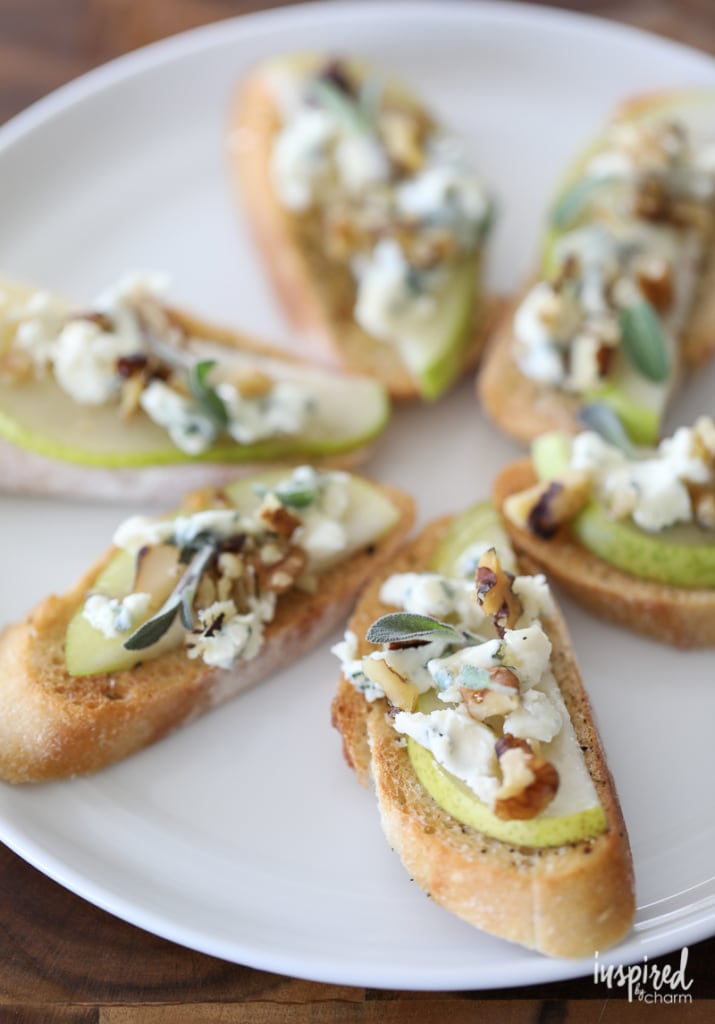 For the final crostini, I paired together flavors inspired by a charcuterie: Brie, Fig, and Prosciutto Crostini. 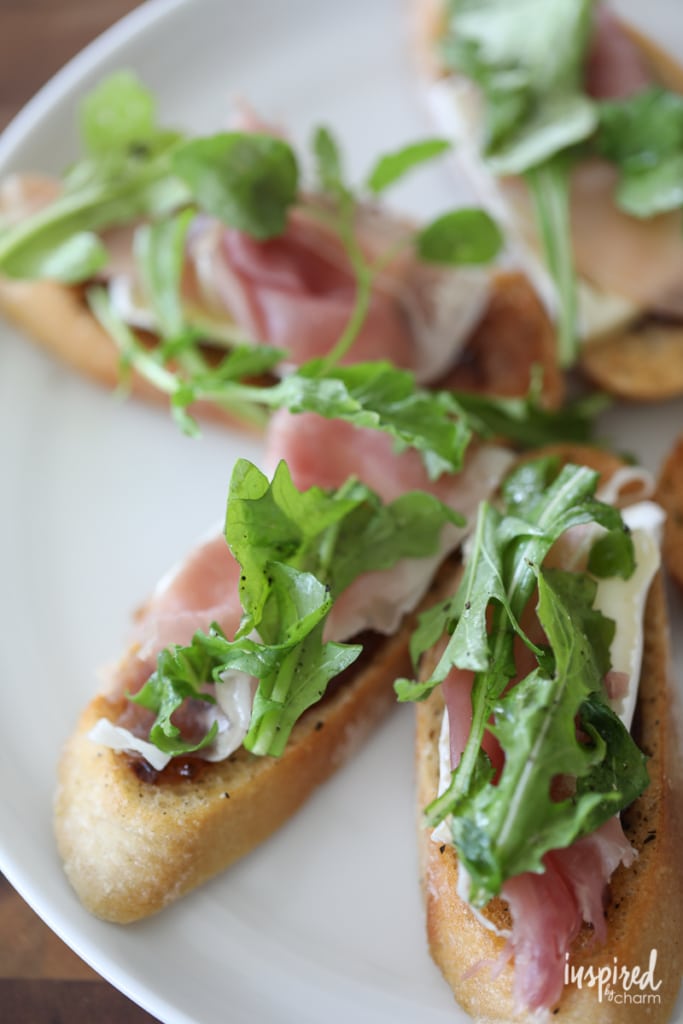 I began by spreading a layer of fig jam on the toasted bread for a touch of sweetness. Up next, was a slice of creamy brie followed by thinly sliced prosciutto. 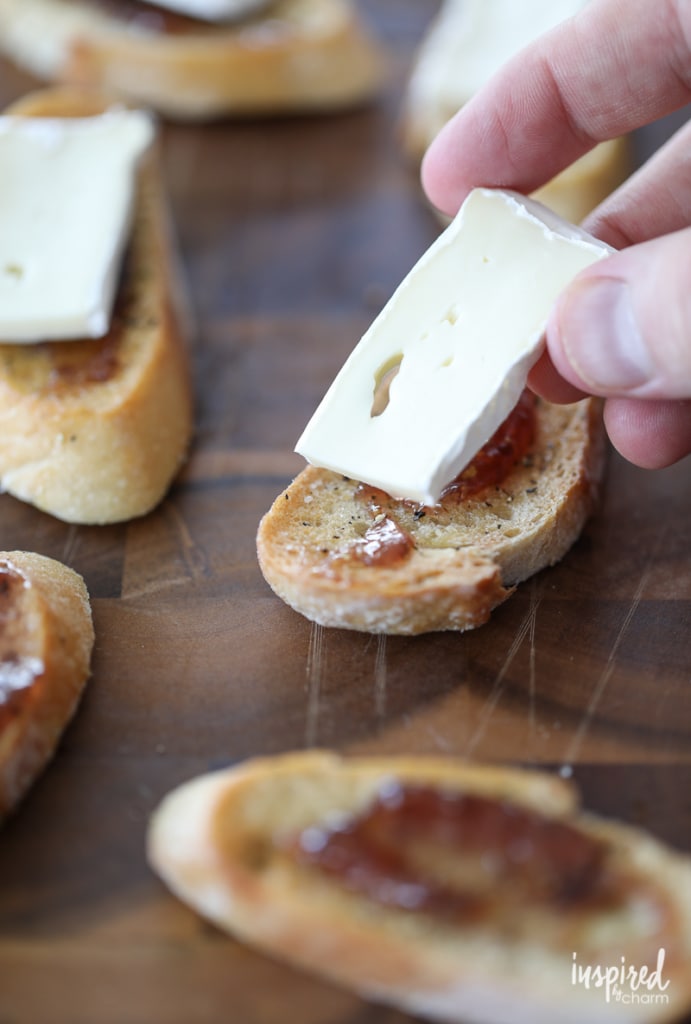 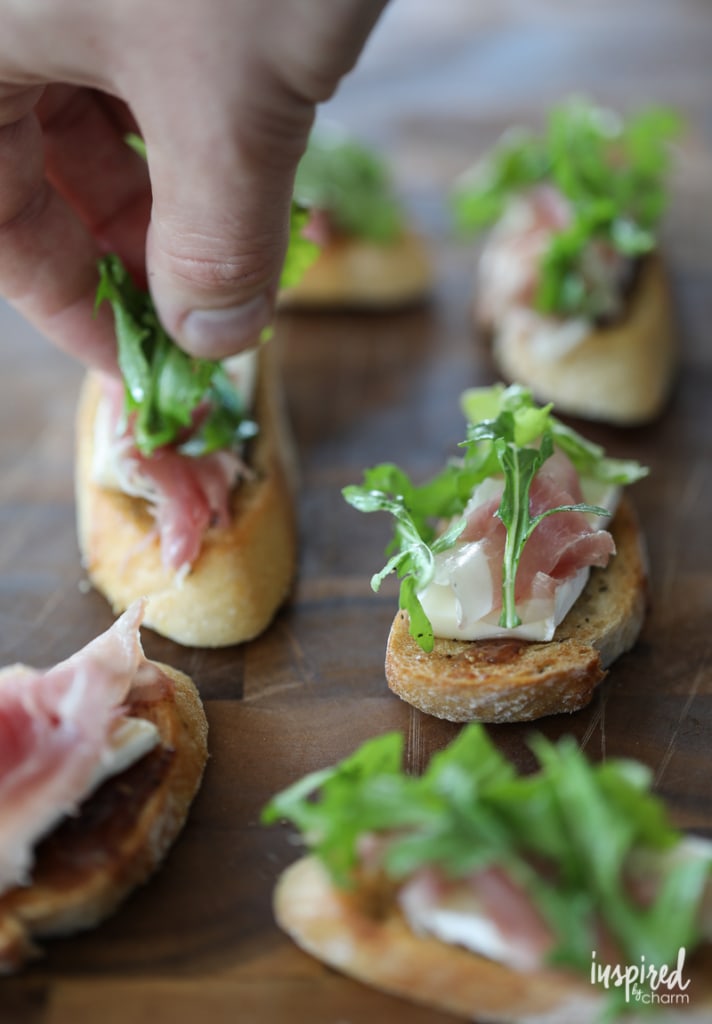 Some peppery arugula tossed lightly with olive oil and salt and pepper finished off the top. Bellissimo!

Click HERE for the Brie, Fig, and Prosciutto Crostini recipe. 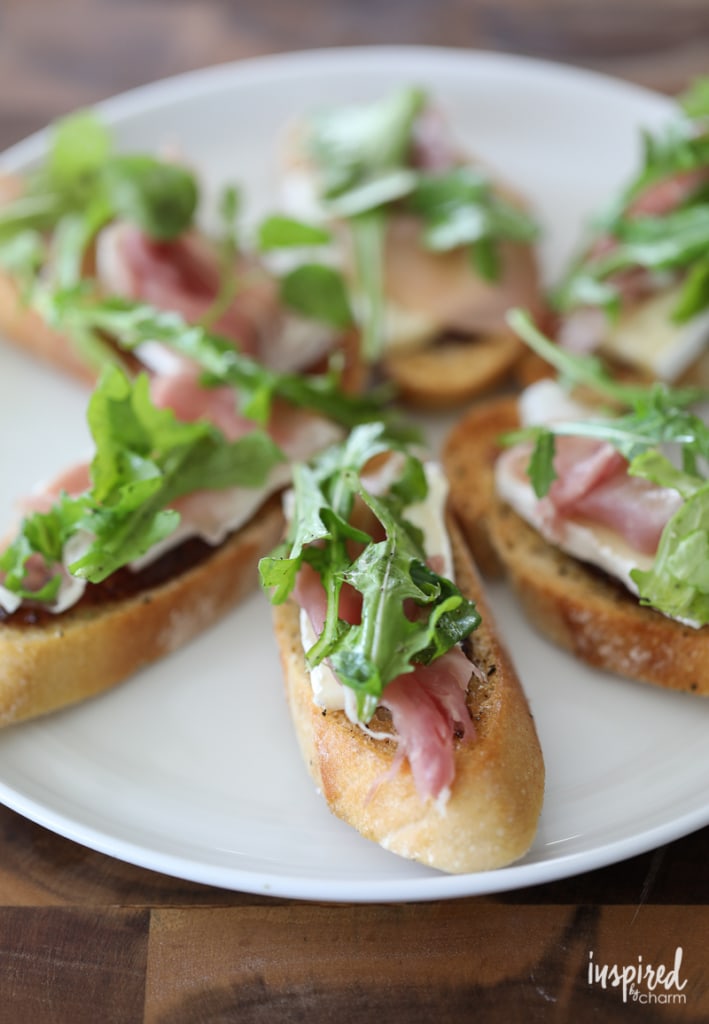 Okay, I know that was a lot of information, but boy was it worth it! I could snack on any of these crostini every day of the week. In fact, the day I made them, they became my dinner. I couldn’t let one go to waste. 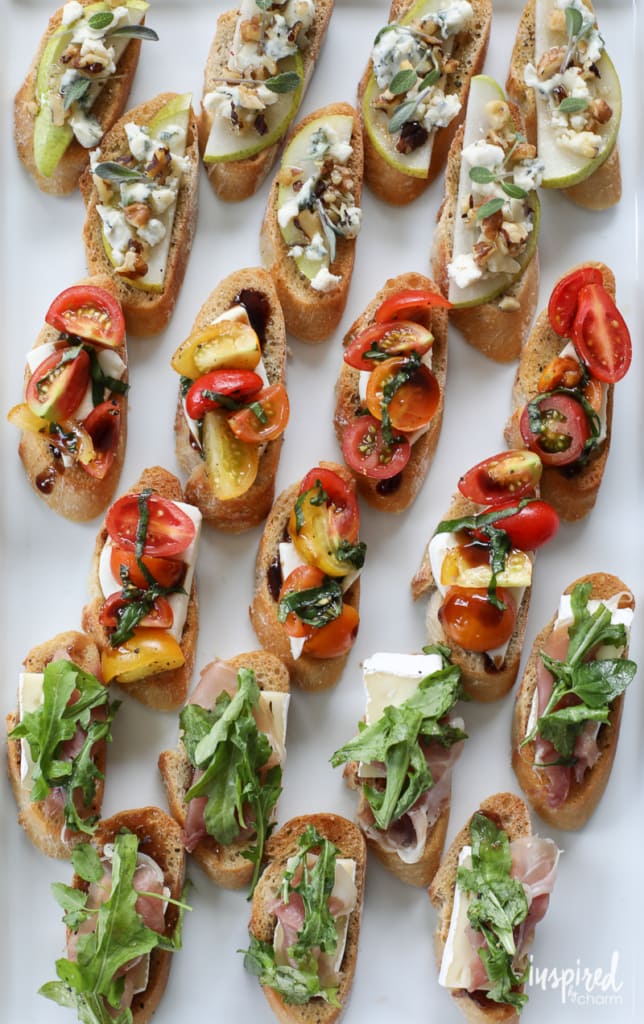 Beyond being delicious and beautiful, another thing I love about crostini is that you can make it your own. If you’re not a fan of one of the ingredients I used, swap it out for something you love.

Also, get creative with new recipes. Shop your local farmers markets and cheese shops for cheeses and farm fresh produce. Your options are endless. 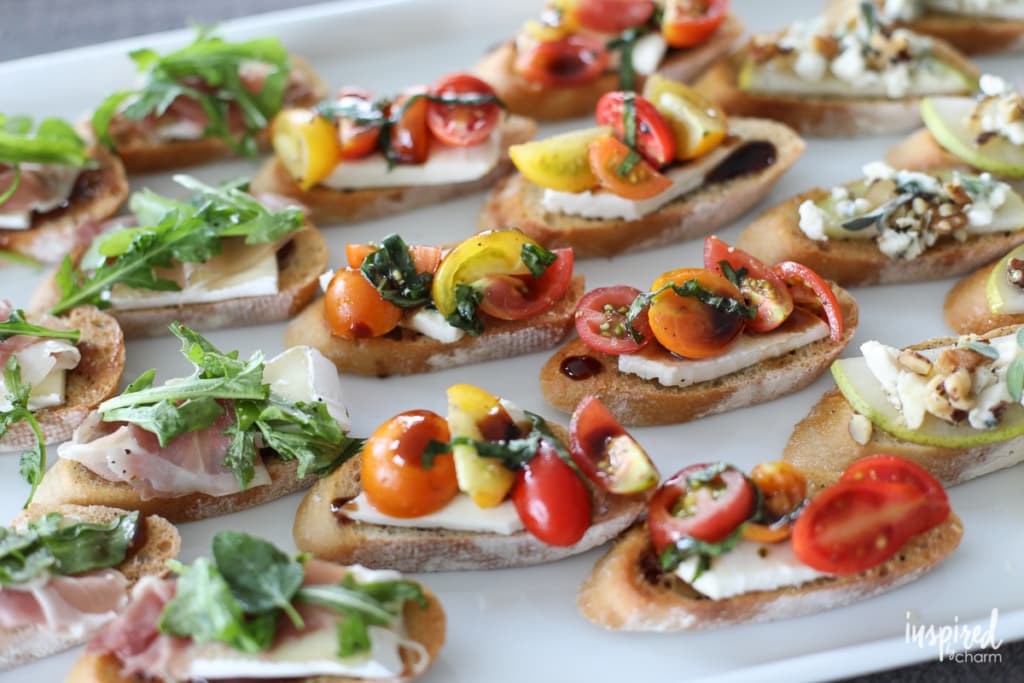 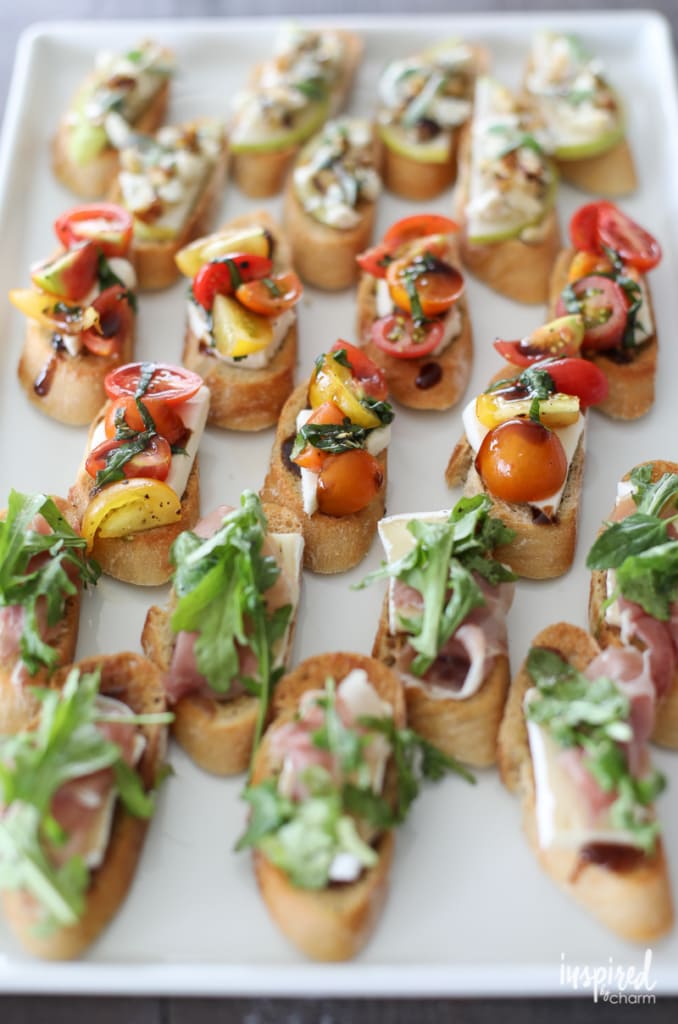 I hope you enjoyed this trio of Farm-to-Table Inspired Crostini. Which is your favorite?

If you ever need a beautiful, flavor-packed, all-occasion appetizer, look no further than crostini. Today I’m sharing three delicious crostini recipes that you can make for your next celebration. This post is created with America’s Dairy Farm Families and Importers, in partnership with the Innovation Center for U.S. Dairy. However, the views and opinions are my […]