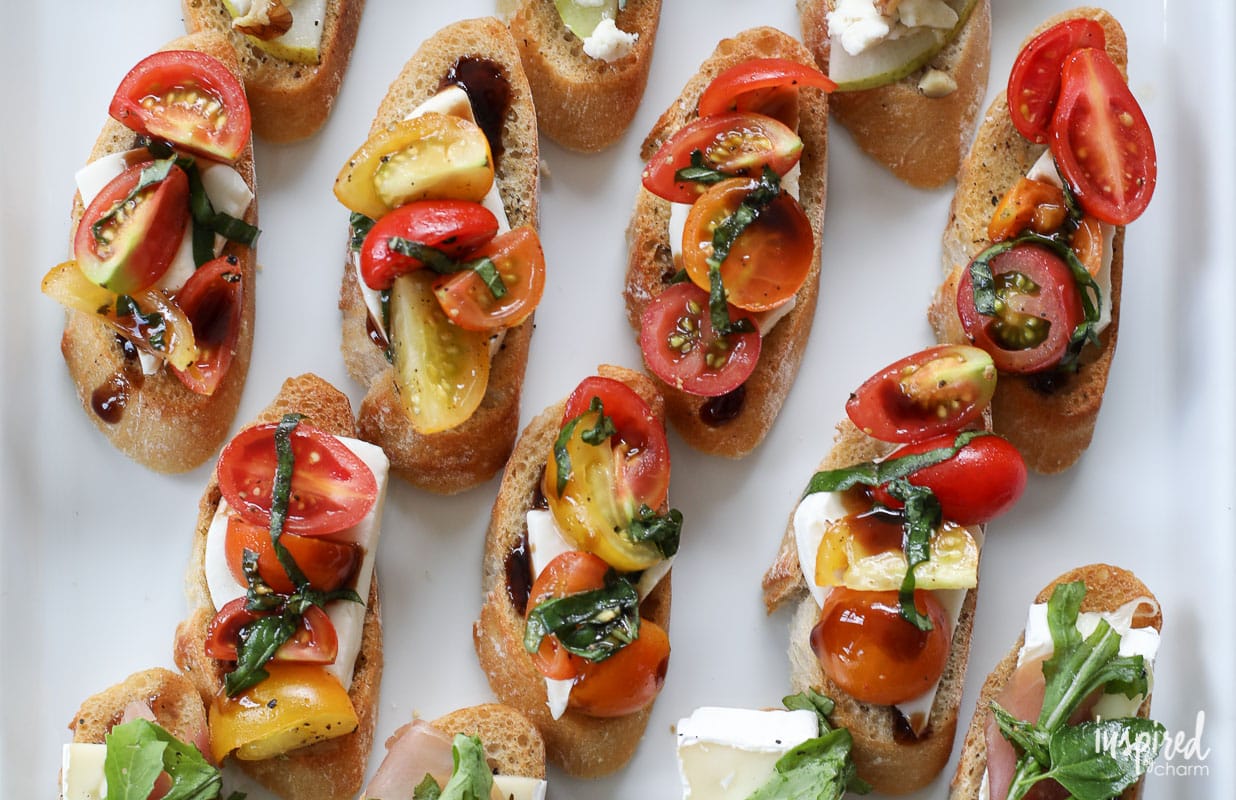 This Mozzarella Caprese Crostini is an easy summer appetizer recipe that everyone will love, and it can be made in under 15 minutes.

Like a lot of folks, I relish garden-fresh tomatoes. That flavor of summertime is hard to beat. That’s why I’m always looking for recipes that make in-season tomatoes the star of the show.

This Mozzarella Caprese Crostini does just that. 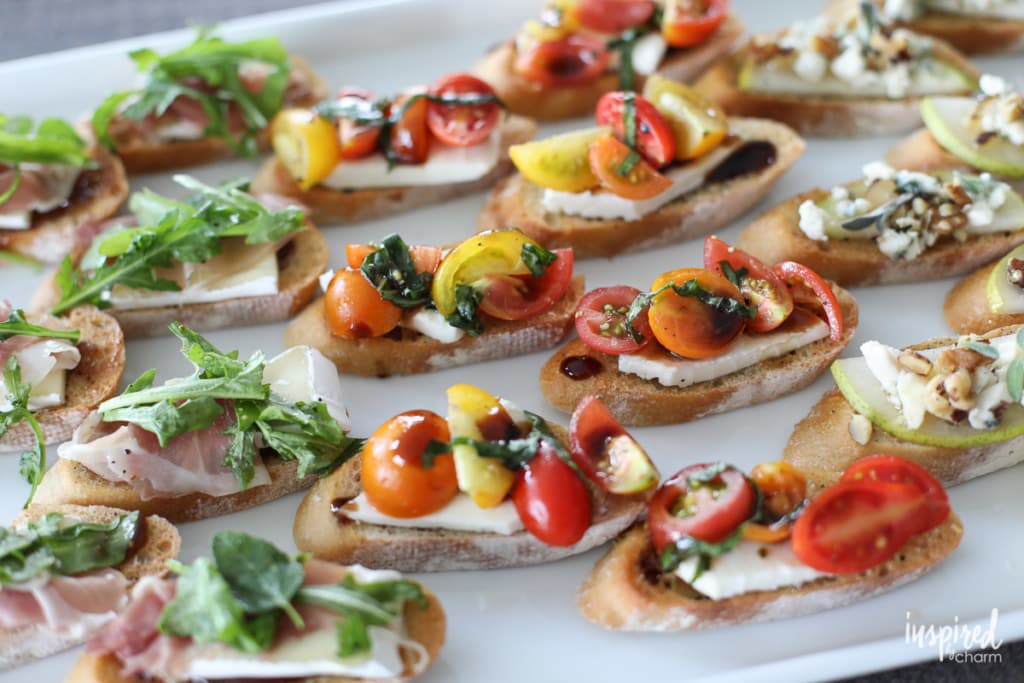 Layered with mozzarella, fresh basil, spices, and a balsamic glaze, it’s essentially a cypress salad on a piece of crusty bread. What’s not to love?

I often like to serve a variety of crostini as an appetizer. If you’re looking for other delicious crostini ideas, check out my Blue Cheese, Pear, and Honey Crostini recipe or my Brie, Fig, and Prosciutto Crostini recipe.

Crostini is Italian for little crusts. It’s an appetizer made of toasted bread with toppings, such as meats, cheeses, vegetables, olive oil, and sauces.

The flexibility of the recipe is one of the things that makes it so great. Although my recipe calls for mozzarella, you can use cheddar if you prefer. Want things a little salty? Then toss on some capers. Make the recipe your own!

I don’t know about you, but I could make a meal out of things like crostini and bruschetta. Give me a glass of wine and good company, and I’m set. This is why these types of dishes make great party food. 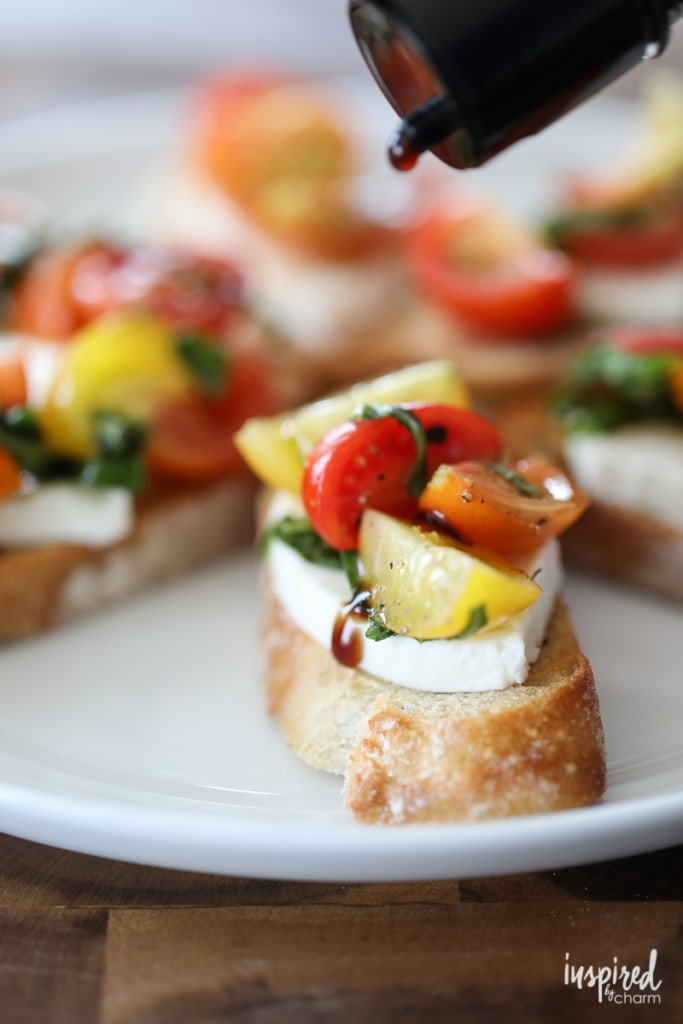 Another thing to love about this recipe is that it comes together quickly. With just a bit of chopping and assembling, you’re ready. If you’re serving crostini for a party, you could even do much of the prep work in advance and then assemble right before serving.

It doesn’t get much easier than that!

Like this Crostini Recipe? Here are similar appetizers you may enjoy:

I hope you’ll give this Mozzarella Caprese Crostini recipe a try. I think you and your guests will enjoy it as much as I do!

Are you a fan of crostini? What combination of ingredients is your favorite? 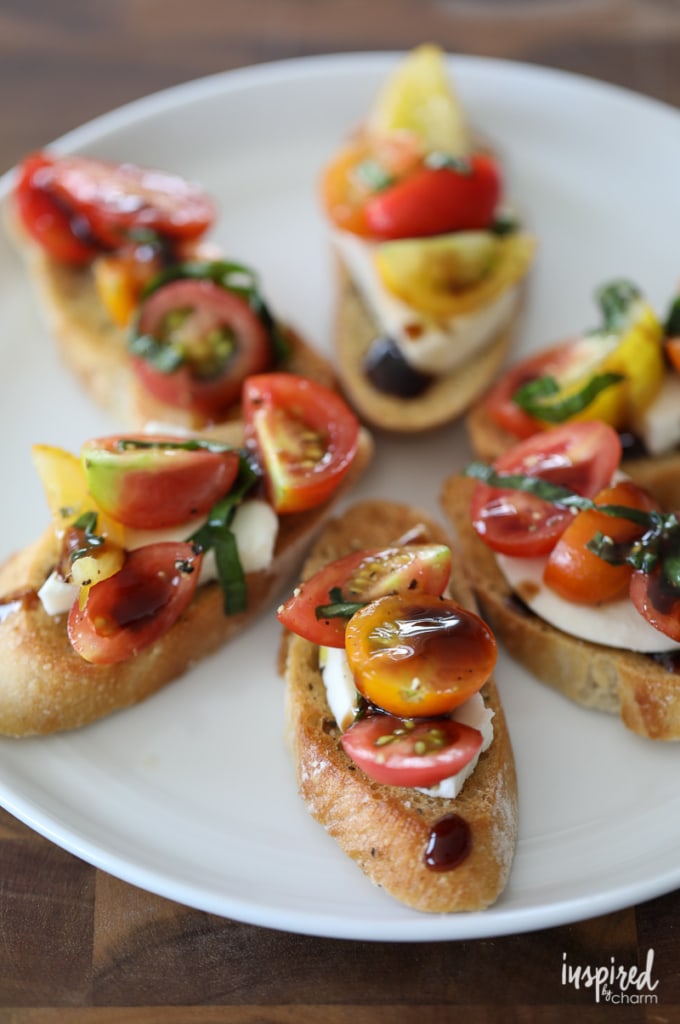 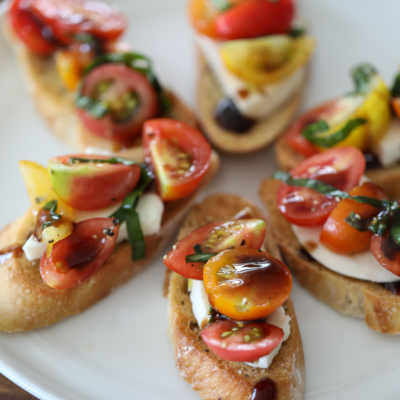 Pin It!
This Mozzarella Caprese Crostini is an easy summer appetizer recipe that everyone will love, and it can be made in under 15 minutes.
Print