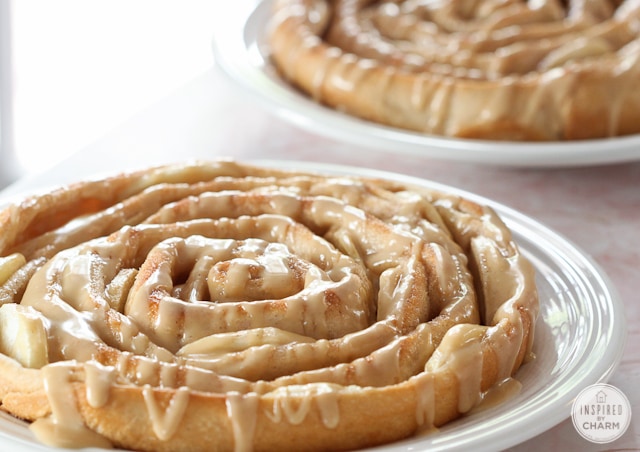 If you’re looking for a delicious Apple Bread, look no further. This Spiral Apple Bread with Caramel Apple Glaze is both delicious and beautiful! 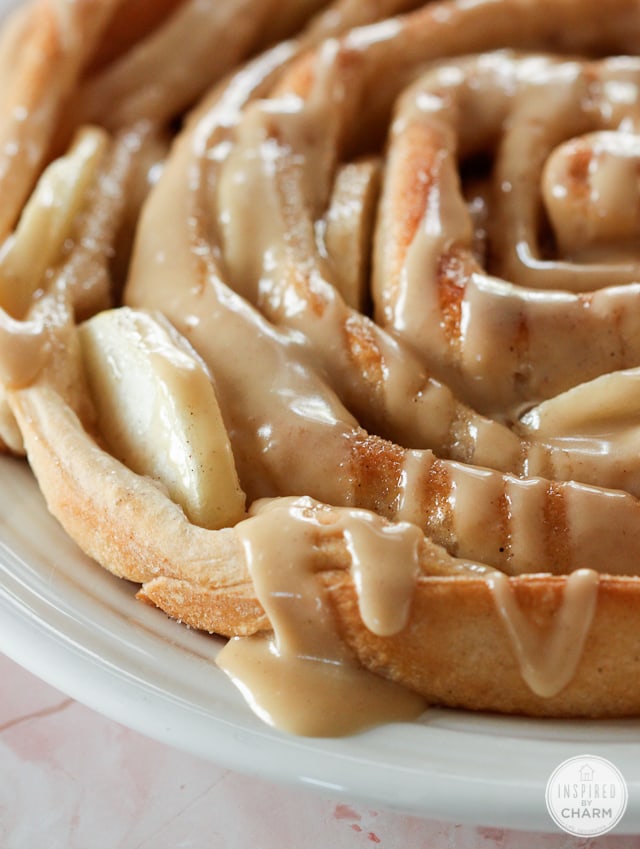 I can’t believe it’s been over a month since the last Year of Yeast post. Clearly, I’m getting more comfortable with my yeast-bread skills and I don’t need to practice as much anymore. (Or it could be that it was too hot to do much baking in August.)

Over the past couple weeks I’ve been craving something with apples and cinnamon. I instantly thought of making apple bread!

I blame it on the fact that fall is just around the corner. I hate to admit it, but I’m totally crazy excited for fall to come. Like many folks, fall is my favorite season and I plan to live it up this year.

As a bed and breakfast owner, fall was always my busiest time so I was never able to fully enjoy it. I blinked and it was over. This year I’m taking full advantage of the season and planning lots of cooking, baking, and crafting. You’re in for a treat – and maybe a trick or two!

Anyway, back to this craving for something apple-y and my overwhelming need to do a little baking, after a bit of research, planning, and recipe testing – this Spiral Apple Bread with Caramel Apple Glaze became a winner! 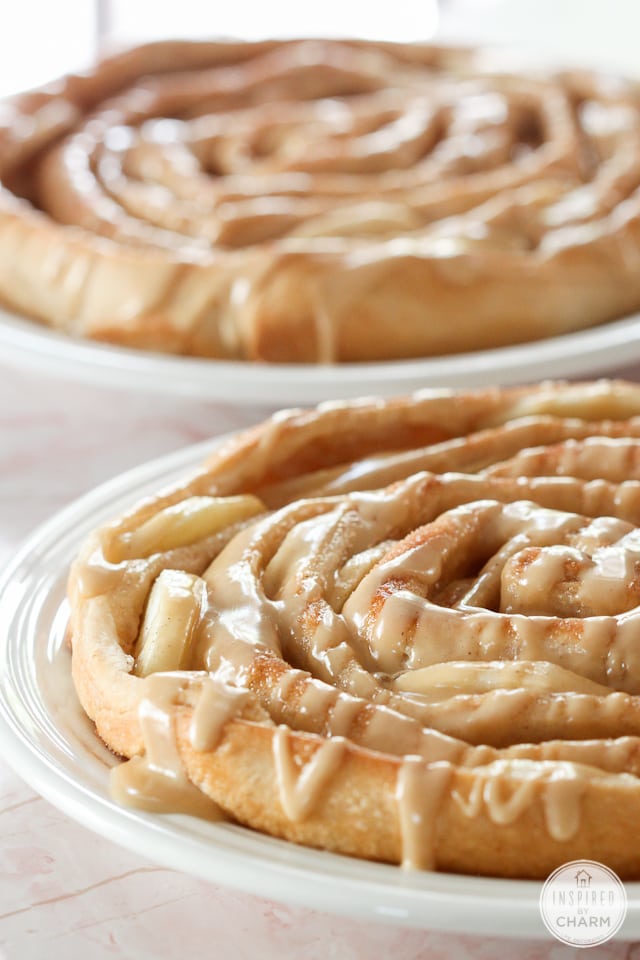 How do you Make Apple Bread?

Oh, and you’ll be happy to know that this Spiral Apple Bread recipe comes together very quickly. As with most yeast recipes, you need to factor in some rising time, but other than that, it’s a piece of cake. 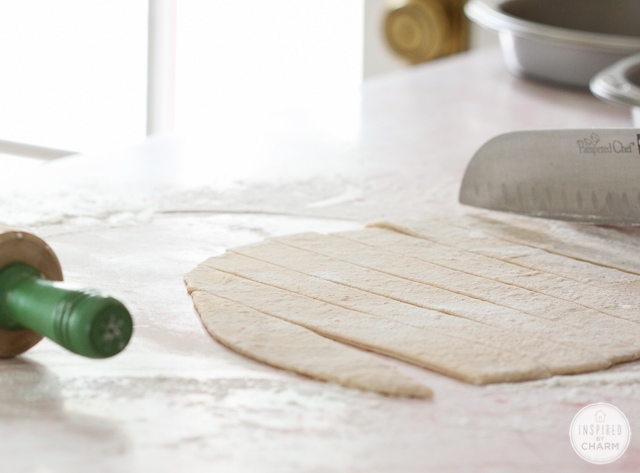 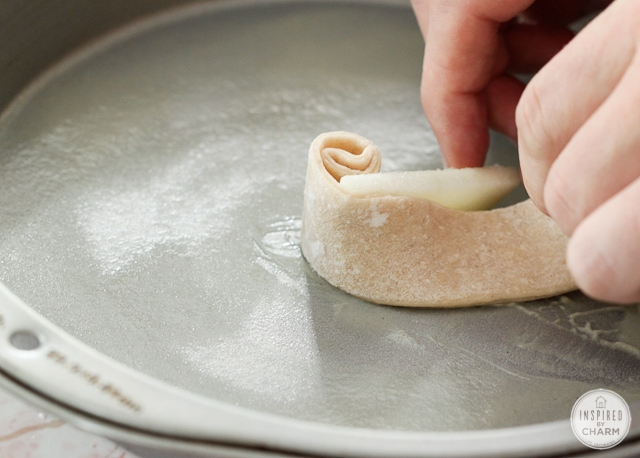 I’ve actually learned to enjoy the rising process. The world moves too quickly these days. Today, I took the time to really enjoy every step of the process.

How the dough felt in my hands, how it smelled when it was rising, the flavor of the apples. It was like a bit of baking therapy. 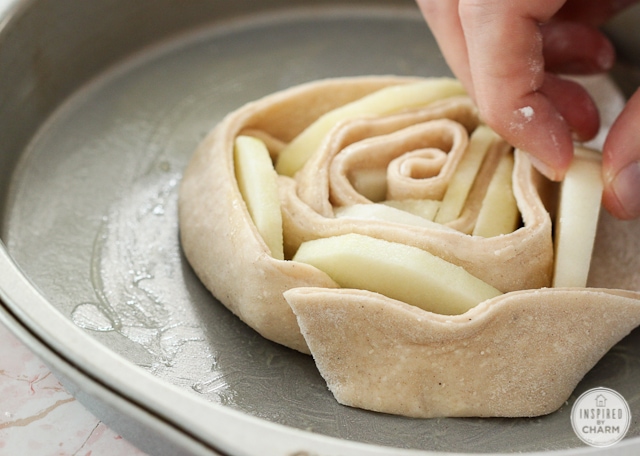 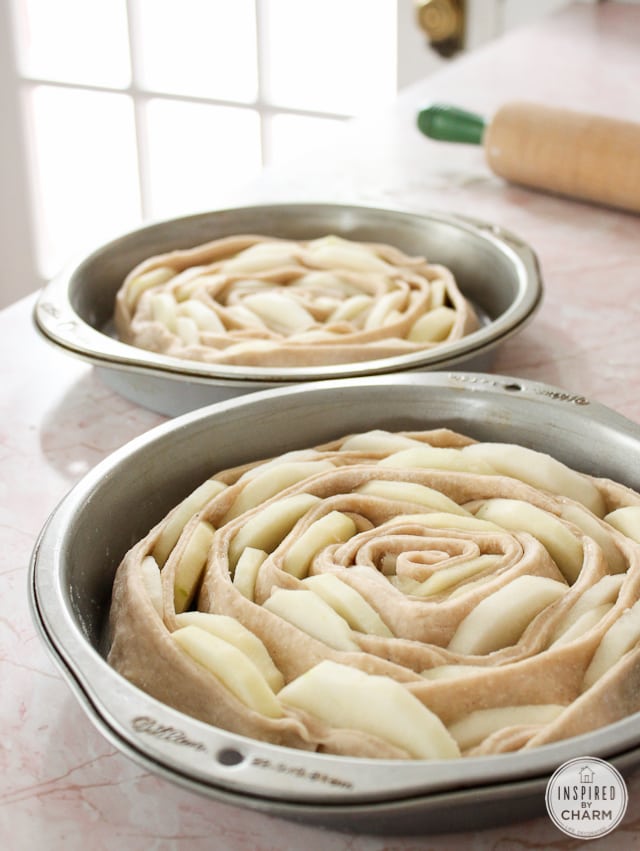 And honestly, with very little effort, the resulting loaf looks pretty gorgeous. It’s like a mini-work of art. 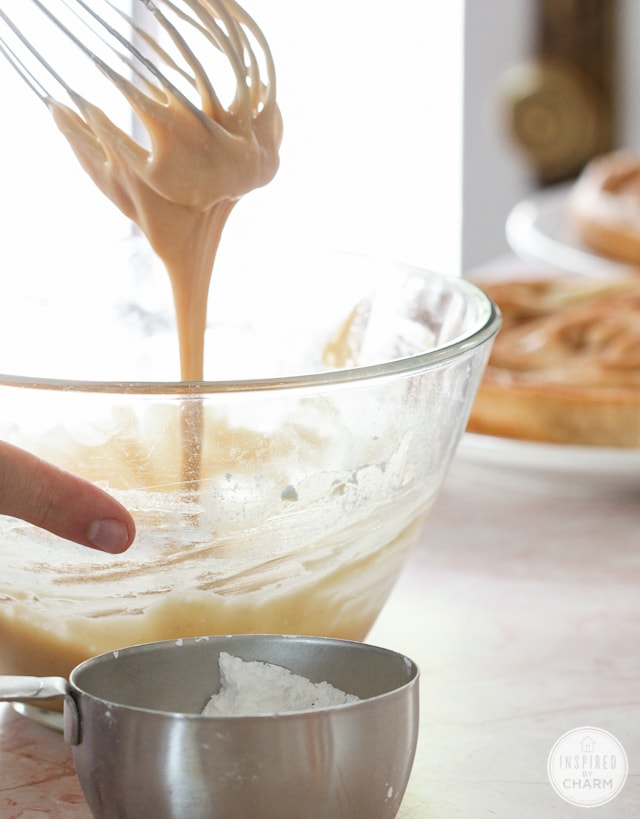 Believe me, if I can do this, so can you. Let me show you how. 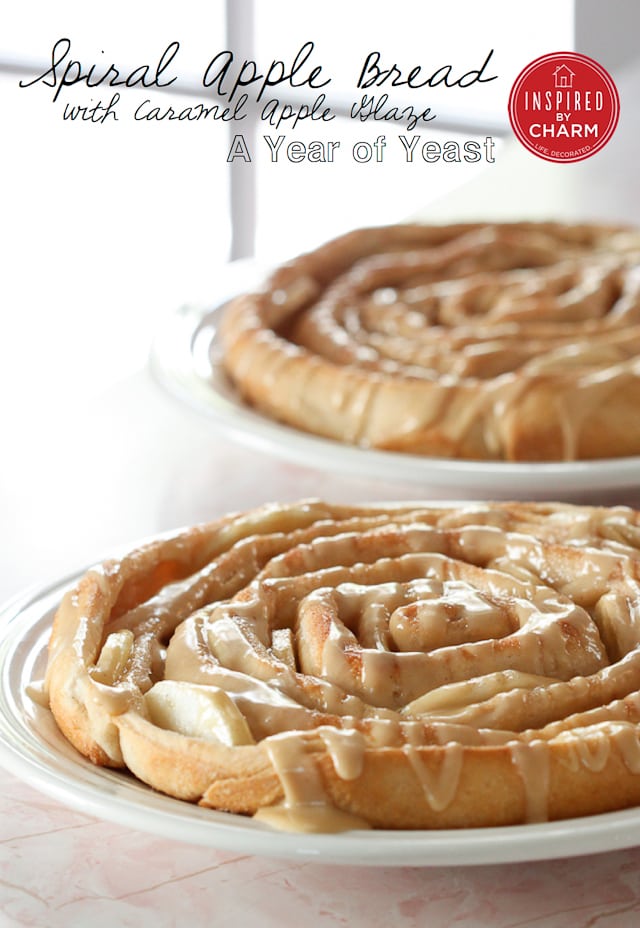 Place flour, sugar, salt, cinnamon, and yeast in a stand mixer with the dough hook attached. Stir to combine.

In a small bowl add your melted butter into your warm milk. Then, with the mixer on low, add this mixture to the flour mixture until it forms a soft dough ball.

Knead with the mixer for about 4 minutes. Then transfer dough into a lightly oiled bowl. Cover loosely with plastic wrap. Let rise in a warm area for 1.1/2 hours or until doubled in size.

Punch dough down then divide into 2 balls. On a lightly floured surface, roll out each ball into an approximately 8 x 11-inch rectangle. Cut into 9 strips.

Lightly grease an 8- or 9-inch round pan. Starting at the center of pan, coil apple slices with dough strips into a spiral, pinching ends securely as strips are added.

Repeat the same steps for the other half of the dough. Cover loosely with plastic wrap and let rise for 45 minutes. Toward the end of rising time, preheat oven to 350 degrees F.

Bake for 20-25 minutes until golden brown.

While the bread cools, melt butter in a 1-quart saucepan over medium heat. Stir in 1/4 cup brown sugar. Heat to boiling, stirring constantly; reduce heat to low. Boil and stir 2 minutes. Stir in cider. Heat to boiling; remove from heat. Cool to lukewarm, about 30 minutes.

If you liked this apple bread recipe, you’ll love these too: 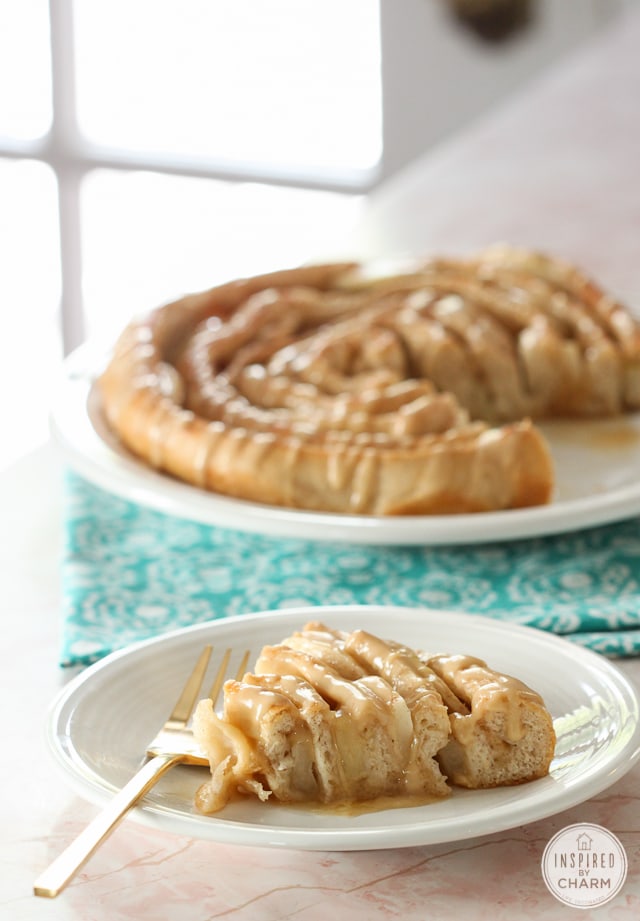 Cut into wedges to serve.

Totally scrumptious looking, right? Let me tell you … it is! That caramel apple glaze is what dreams are made of! You won’t even know what hit you.

So whether you are ready to embrace fall or not, take a few minutes for some baking therapy and give this Spiral Apple Bread recipe a try. Be sure to stop back and let me know what you think!

If you’re looking for a delicious Apple Bread, look no further. This Spiral Apple Bread with Caramel Apple Glaze is both delicious and beautiful! I can’t believe it’s been over a month since the last Year of Yeast post. Clearly, I’m getting more comfortable with my yeast-bread skills and I don’t need to practice as […]