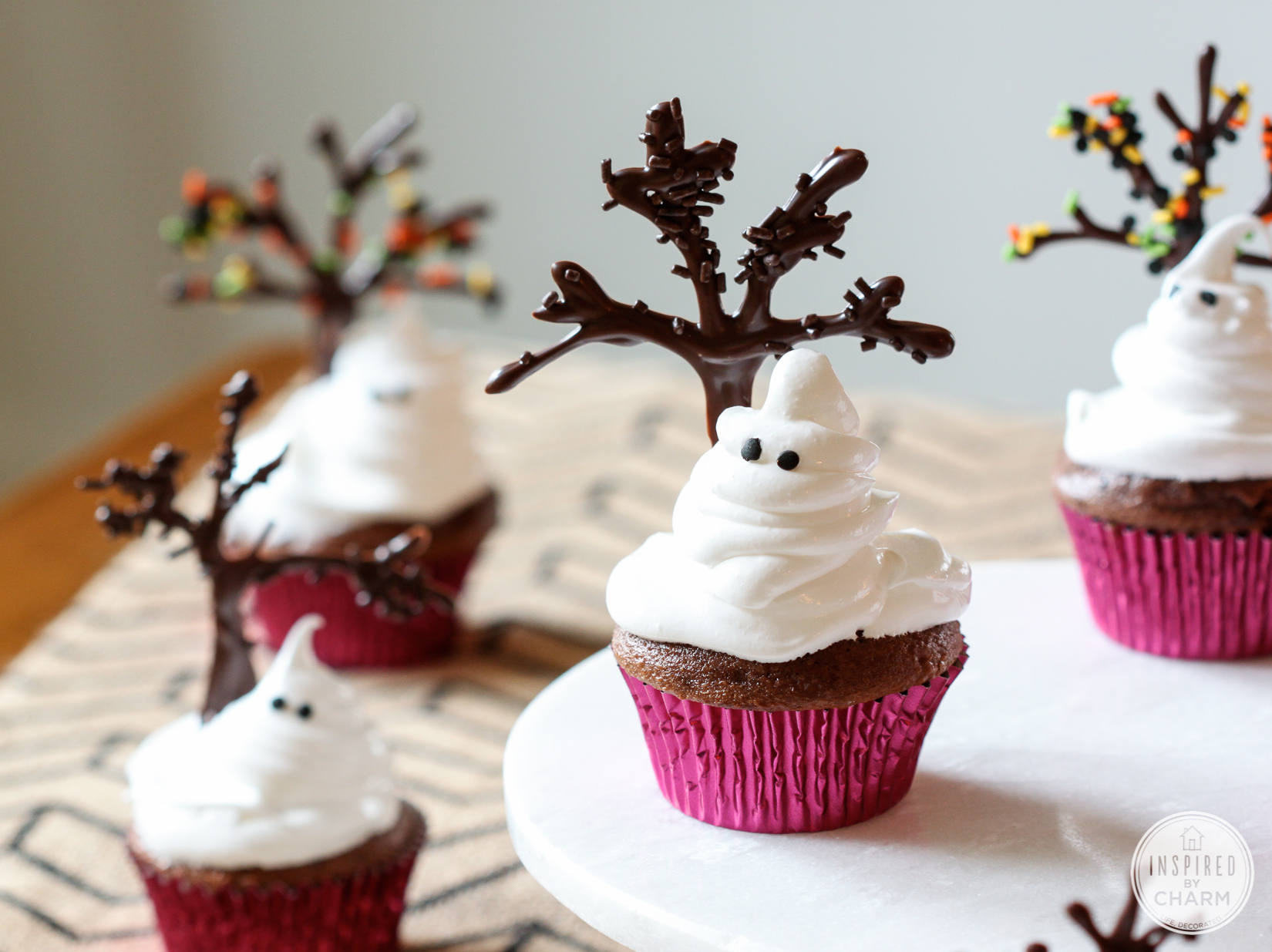 With All Hallows’ Eve just a week away, I wanted to pop in with one final Halloween-inspired treat. As I’ve mentioned, I try not to get too involved with a lot of Halloween-related things, however, I do have moments when I get sucked right in. Sometimes so much so that I feel like I have this hidden love for the spooky holiday.

Last year my friends and I went to a Halloween party and had a blast. This year our plans are still undetermined. But should the need arise, I do have a few costume ideas up my sleeve.

Anyway, back to the recipe. There are so many creative ways to change up everyday treats for Halloween. So, when I saw this recipe for a ghost cake via BHG, I thought I would would give it my own little twist and turn it into cupcakes. I actually created these last year, but wanted to share them with you today. 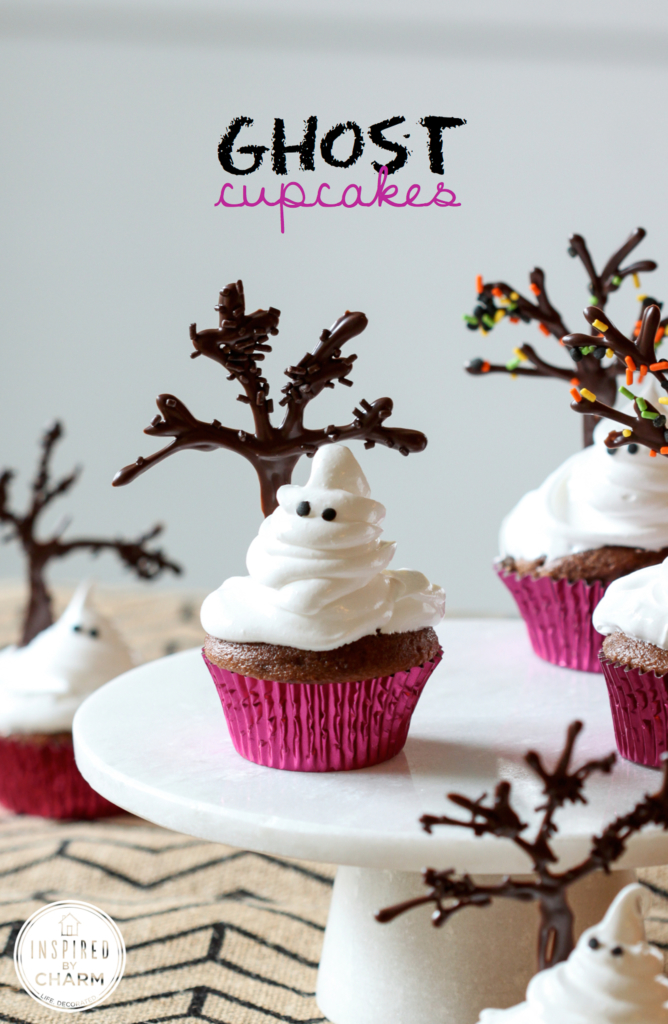 The one reason I really wanted to make these cupcakes was the chance to experiment with these adorable chocolate trees. They were so fun and easy to create. I love the effect of the sprinkles which give the trees texture and some “leaves.” 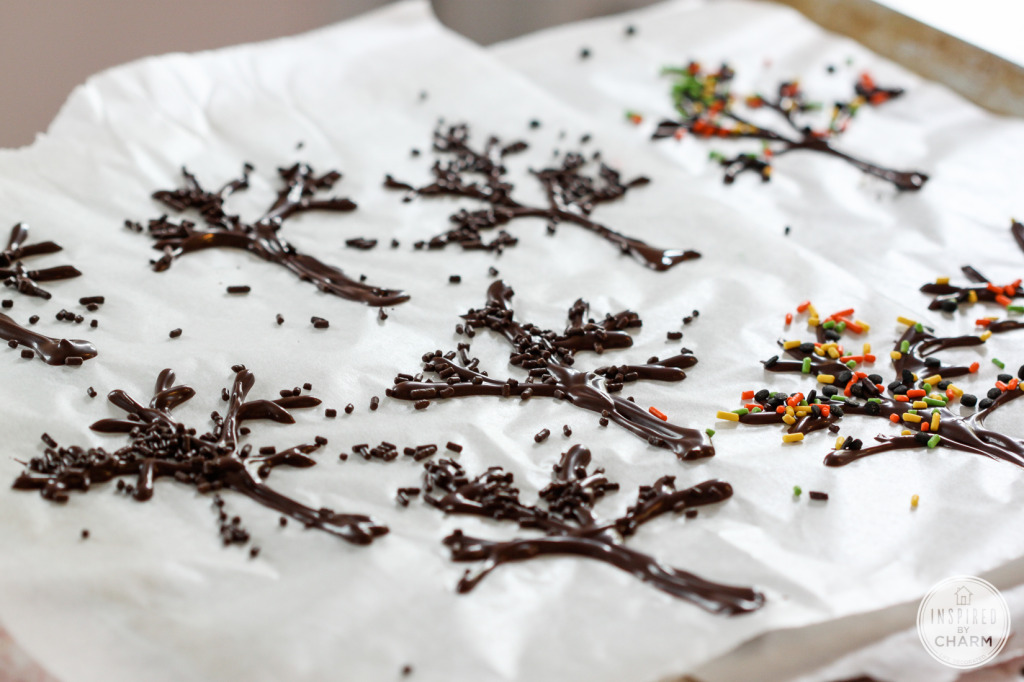 These cupcakes are topped with a meringue frosting, also known as seven-minute frosting. The recipe might appear a bit intimidating since it uses a double-boiler. But give it a try; it’s actually quite simple. 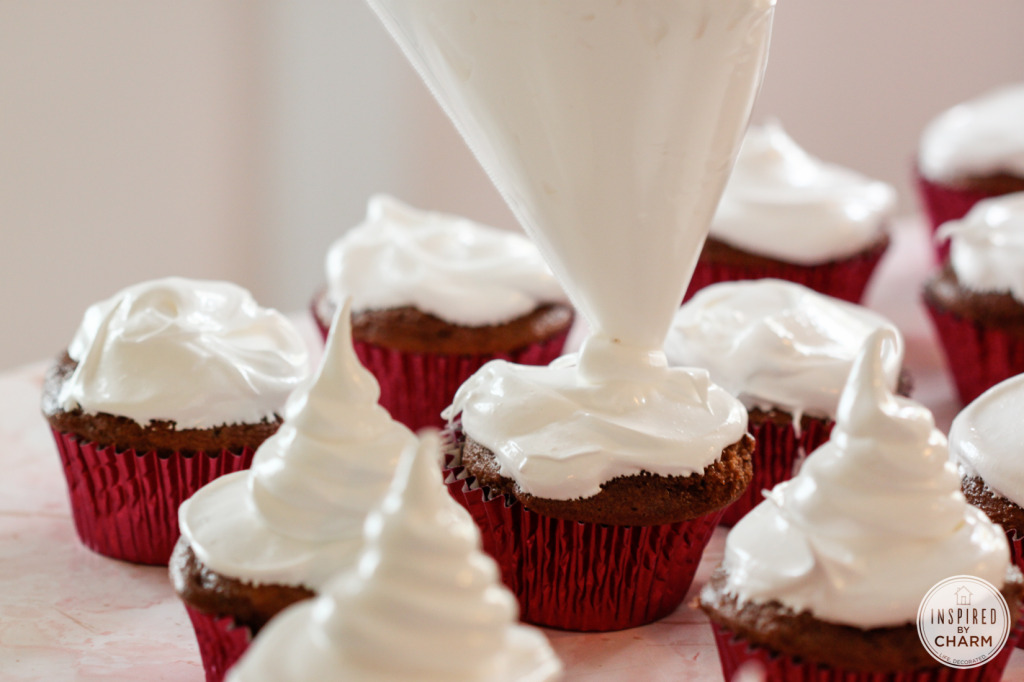 All in all, because these cupcakes are made with a boxed cake mix, they come together rather quickly. However, with all of the fun and spooky little details, it will look like you spent hours in the kitchen. 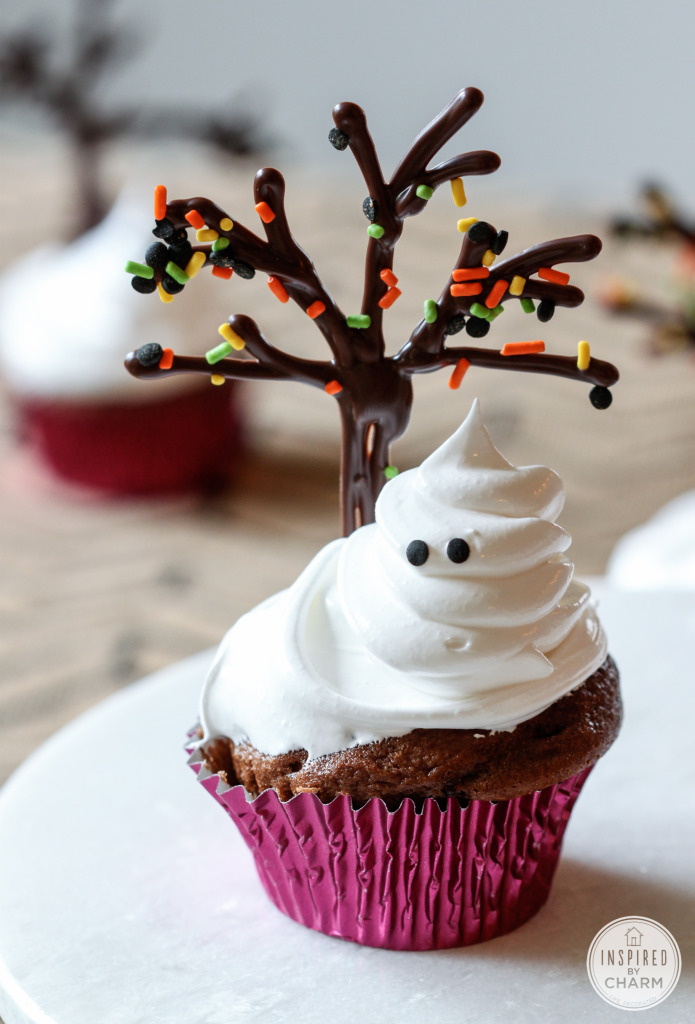 Are they not the most adorable things you’ve ever seen?

They are such a sweet and spooky touch for a Halloween party or any fall get together. 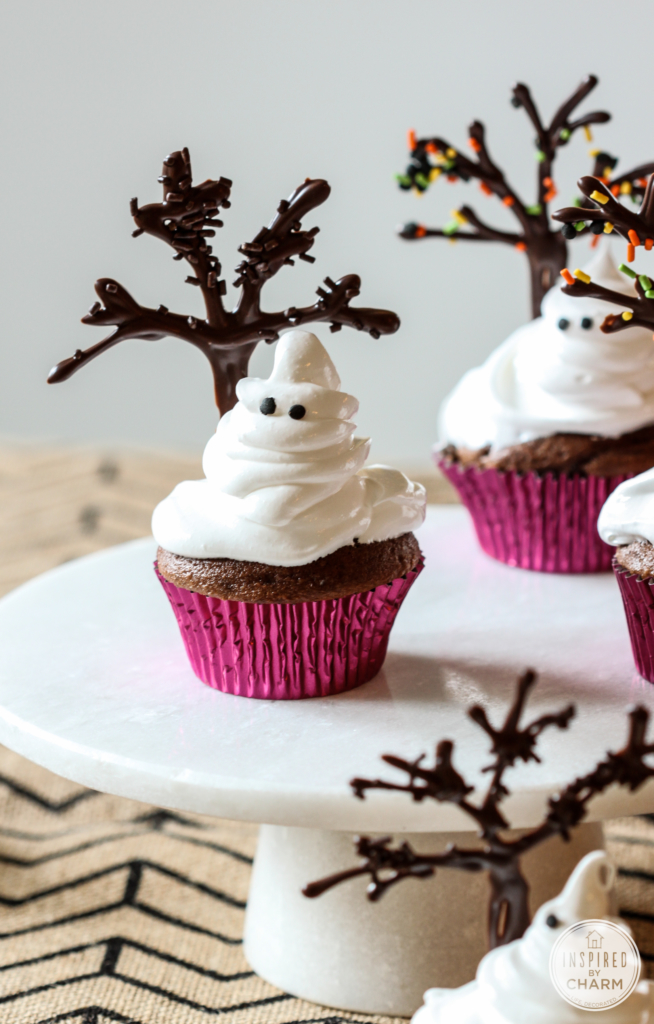 What fun treats are you whipping up for this Halloween? If you happen to give these ghost cupcakes a try, be sure to share them on Instagram! Tag @inspiredbycharm and #inspiredbycharm so I can see your creations!

Here's what you will need:
1 chocolate cake mix (and items, such as eggs, listed on the package)
1/3 cup chocolate melting wafers (I prefer the ones from Ghirardelli.)
Chocolate and colored sprinkles

Begin by preparing your cupcakes according to the package directions. Allow to cool.

In the meantime, prepare your frosting.

In a double boiler, combine the sugar, water, egg whites, and cream of tartar. Cook, beating constantly with the electric mixer on high speed for about 10 - 13 minutes. (The frosting should read 160 degrees F on a candy thermometer.) Stop occasionally to scrape down the sides and bottom of the bowl to prevent sticking.

Remove the pan from the heat and add vanilla; then continue to beat for about one more minute or until the frosting is fluffy and will hold soft to stiff peaks.

Add a base coat of frosting to each cupcake. Then, using a pastry bag fitted with a large round tip, pipe the frosting in one mound on top of each cupcake. Use two dark colored sprinkles for the eyes.

Then, carefully peel the trees from the waxed paper and press into each cupcake behind the ghost.

With All Hallows’ Eve just a week away, I wanted to pop in with one final Halloween-inspired treat. As I’ve mentioned, I try not to get too involved with a lot of Halloween-related things, however, I do have moments when I get sucked right in. Sometimes so much so that I feel like I have […]