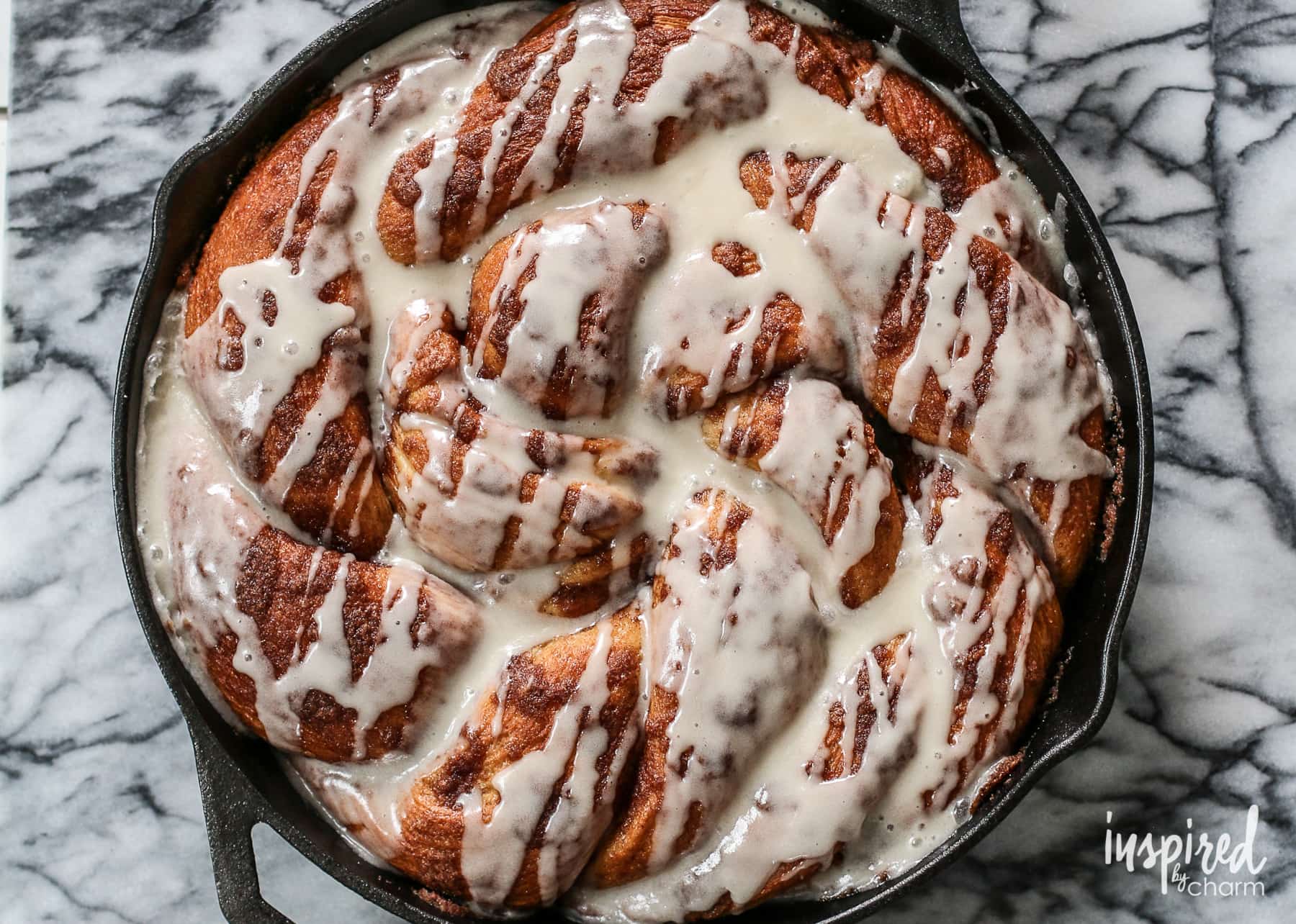 Cinnamon and sugar get me every time. The combination of the two (with maybe just a little butter) has always been one of my favorites. This love affair started a long time ago. 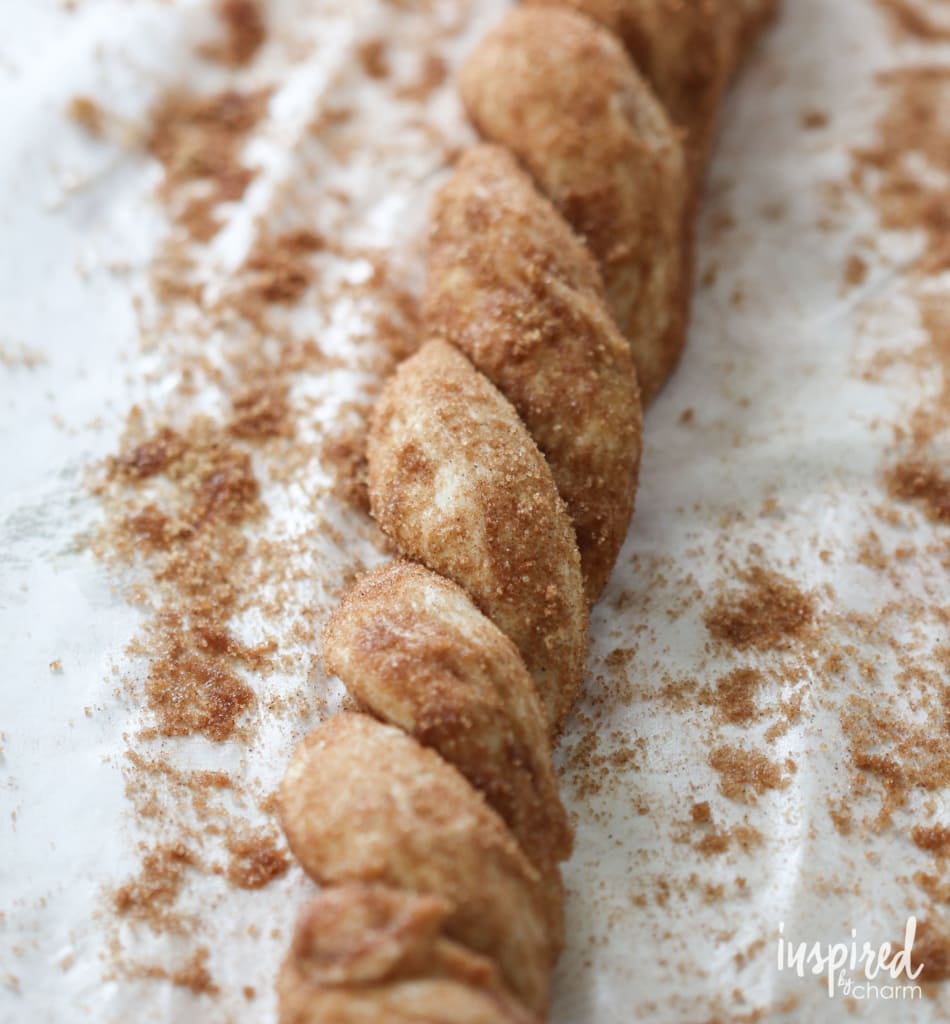 When I was growing up, my paternal grandmother made these cinnamon rolls that would knock your socks off. They were without a doubt one of the best things I’ve ever eaten. That was over 20 years ago, and I can still taste them. Sadly though, the recipe died with her. And surprisingly enough, I’m kind of okay with it. I think those cinnamon rolls and that recipe were meant just for that special moment in time. I’m also grateful for the fact that her cinnamon rolls started a quest for me to taste and create as many cinnamon-and-sugar-based recipes as I could to mimic that unforgettable flavor. I have yet to succeed, but I’m sure having fun with all of my attempts. 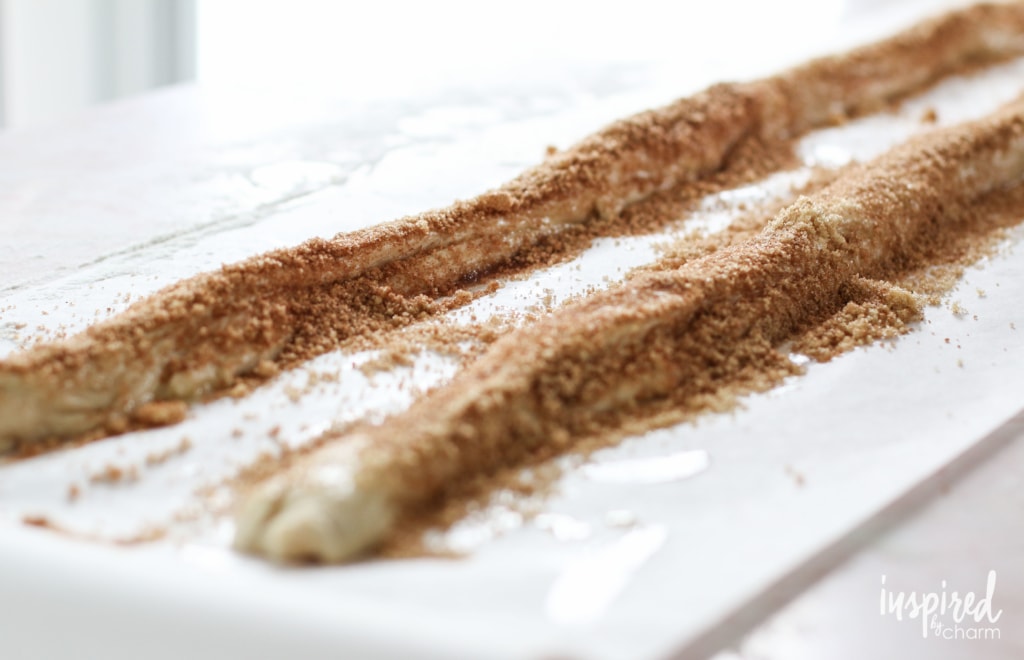 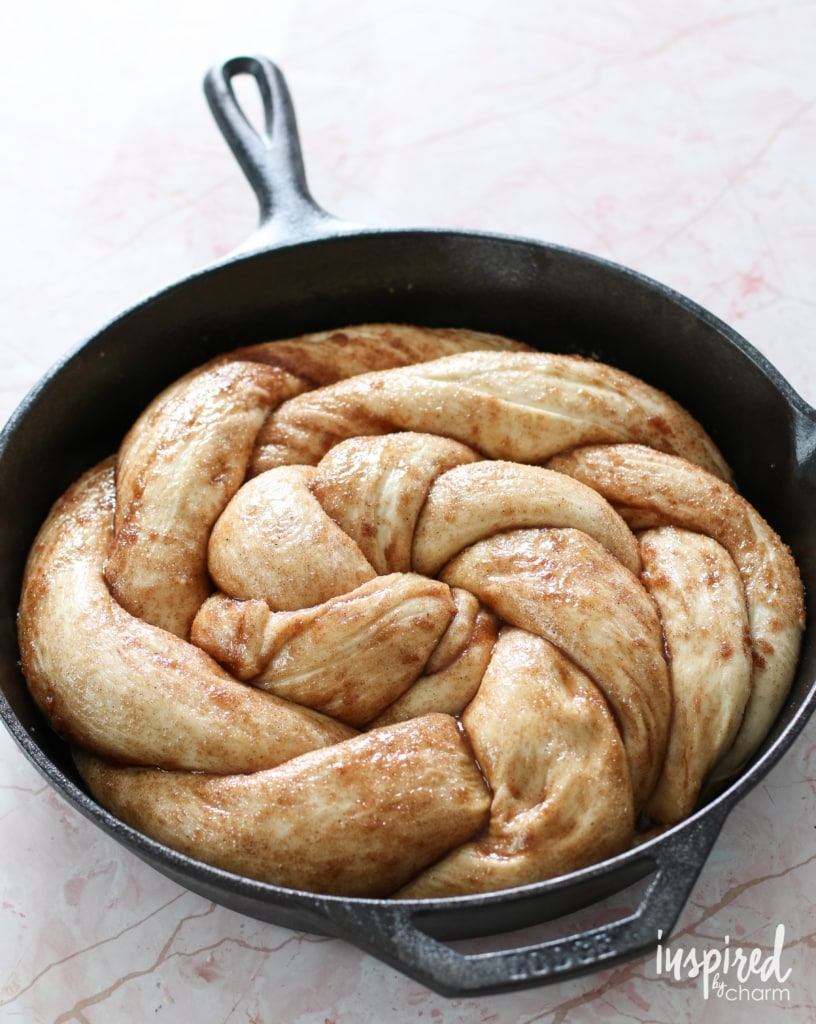 Today’s recipe, Cinnamon Roll Skillet Bread, leads me back to A Year of the Skillet. I’ve been waiting to make a large skillet-style cinnamon roll for quite some time, so I was thrilled when I found this recipe from Seasons & Suppers. Thanks for the inspiration and recipe, Jennifer! 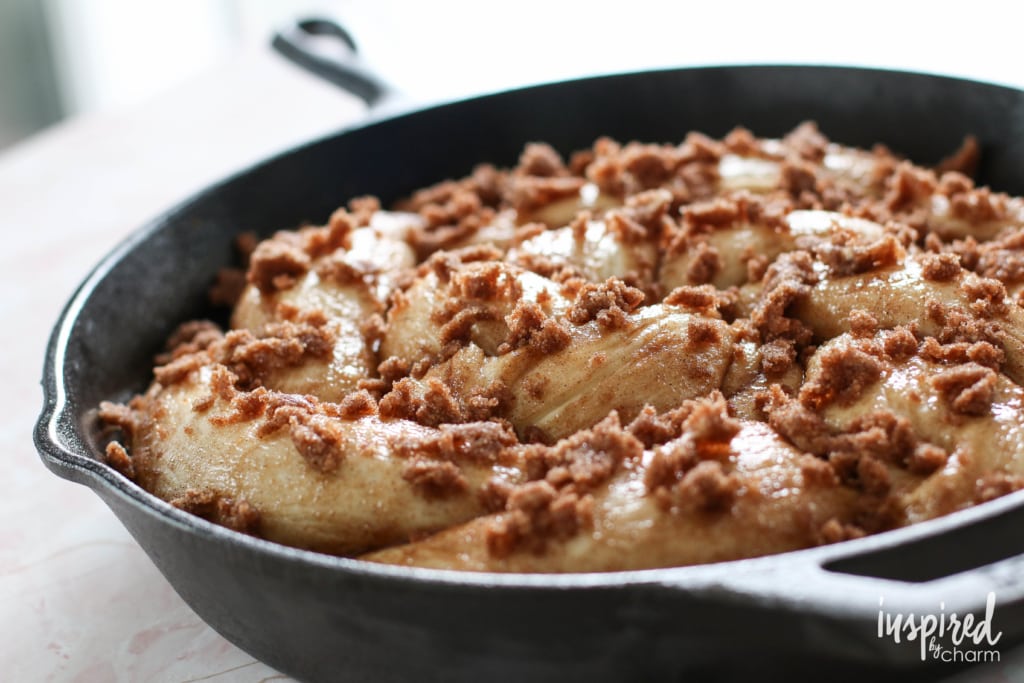 I changed the recipe slightly and because of the size of the dough, used a much larger skillet. I recommend a 12-inch skillet, although you can probably get away with a 10-inch. 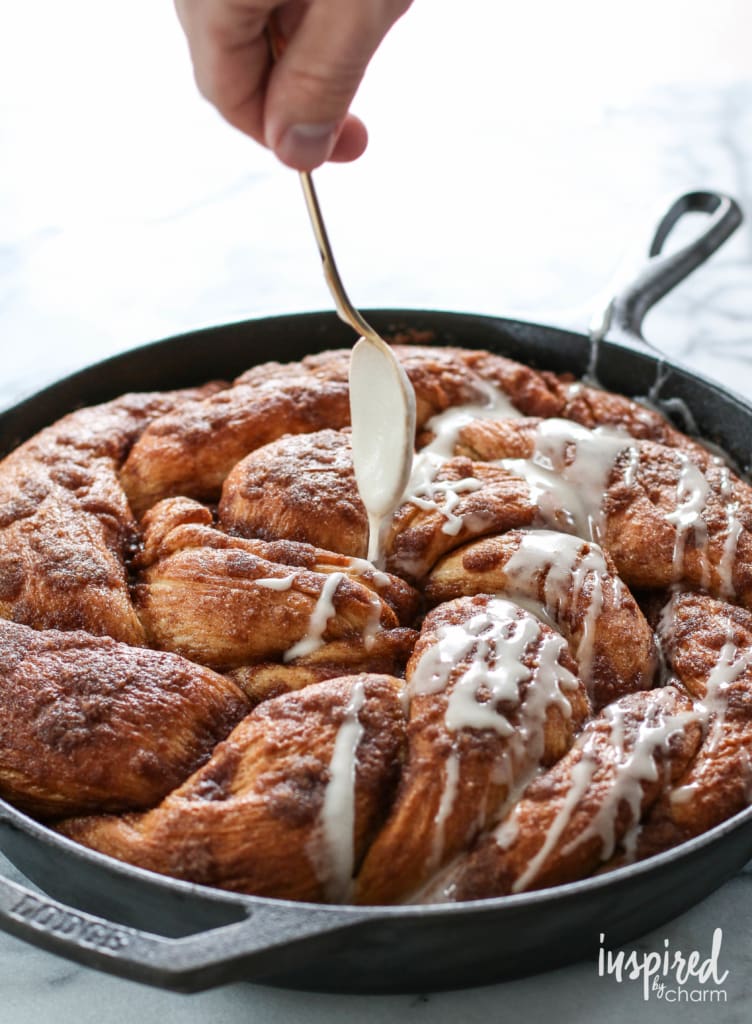 I also enjoyed this recipe because it involved yeast and making dough. I was once intimidated with yeast, but after spending a year working with it, I’ve come to appreciate bread making and how delicious homemade bread can be. While time consuming, it’s always worth it and so rewarding. 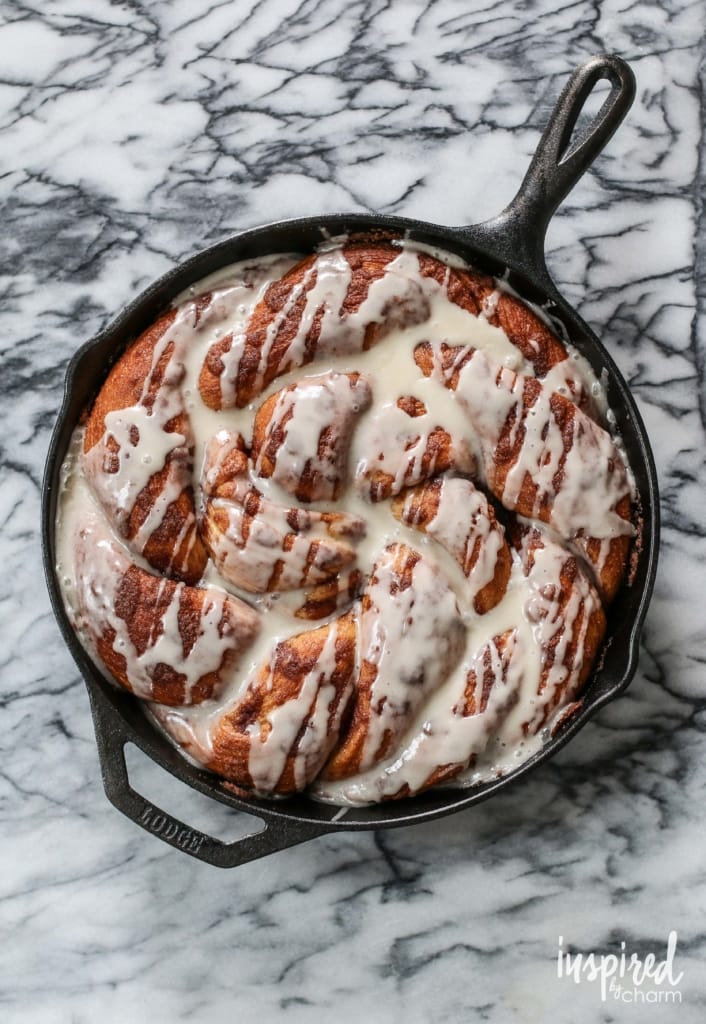 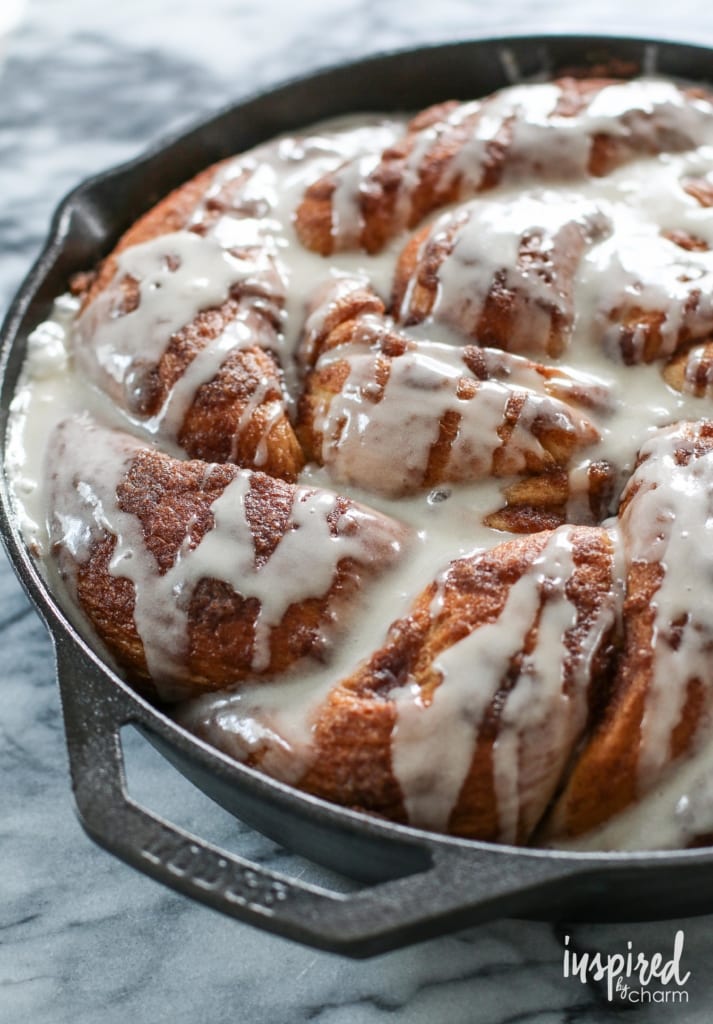 Anyway, I was super pleased with this recipe. If you celebrate Easter or are hosting a breakfast / brunch soon, this beauty would be perfect. Give me a chunk of this and a big cup of coffee and I’m set. Talk about an awesome way to start your day. Plus, your house will have a delightful smell when this bad boy is baking. Yum! 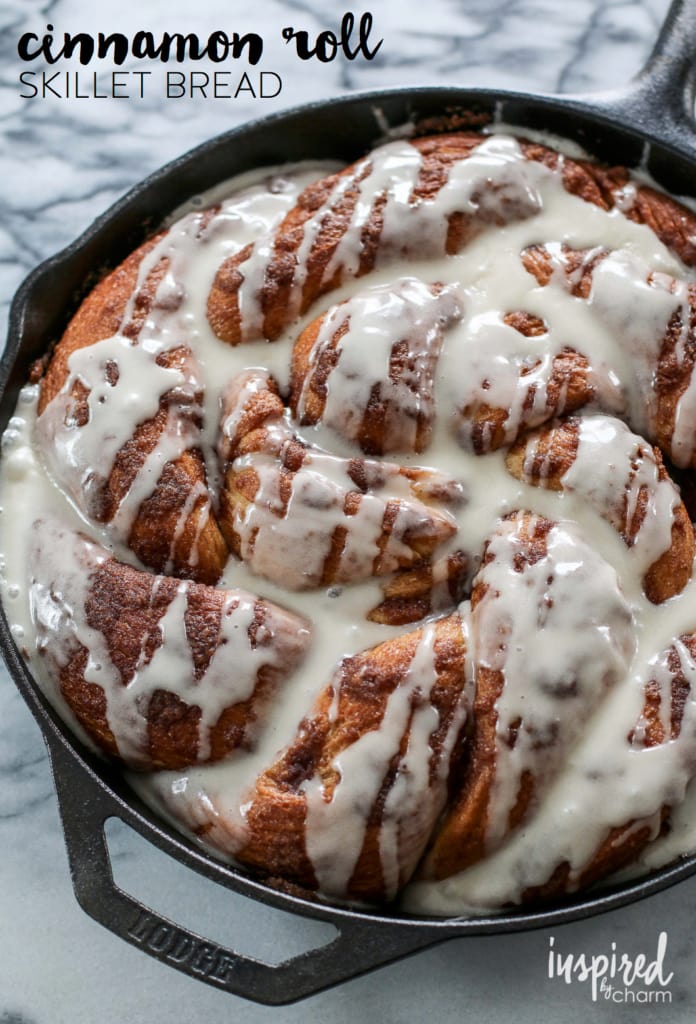 Begin by making your dough. In a small bowl, mix together the yeast and warm water. (This mixture should bubble. That's how you know the yeast is active.) In the meantime, in a bowl of a stand mixer equipped with a dough hook, combine the flour, sugar, and salt. Then add the warmed milk, melted butter and proofed yeast. Knead with the dough hook until smooth. Add more flour if the dough is feeling too sticky. Remove the dough and place it in a lightly oiled bowl. Cover with plastic wrap, then a towel, and let it rise until it's doubled in size (about an hour).

Grease a 12-inch skillet and set aside.

For the coating: in a small bowl, combine the melted butter and and vanilla. In another small bowl, mix together the brown sugar and cinnamon. Next, divide the dough into two pieces and roll each piece into a rope about 3 feet long. Place the dough on a piece of parchment paper. Liberally brush with the melted butter and vanilla mixture, making sure to cover all sides of the dough. Once buttered, coat all sides of the dough with the brown sugar and cinnamon mixture.

Then, pinch the ends of the ropes together and twist them together. Pinch the other ends once twisted.

Starting in the center of your skillet, place the twisted dough inside and wind it around. If you have any extra butter from the brushing, drizzle it over the dough. Cover the skillet with plastic wrap and let the dough rise until doubled in size (about an hour).

In the meantime, prepare the streusel topping. Combine the brown sugar and cinnamon in a small bowl. Then, using a fork or pastry cutter, cut in the cold butter. Set aside.

Preheat your oven to 350 degrees F. Once the dough is doubled, sprinkle with the streusel topping and bake for 40-45 minutes. If you notice that your bread is getting too dark, lightly cover it with a piece of aluminum foil. Remove from oven and allow to cool slightly. 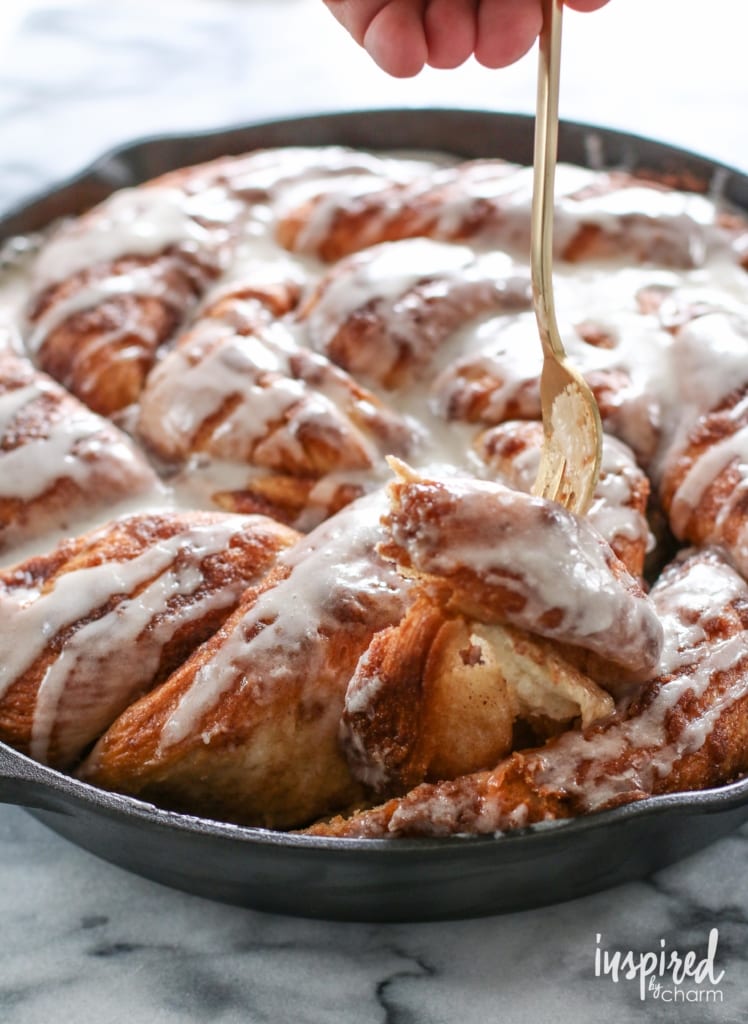 As you can imagine, one bite of this and the memories just flooded back. While it’s not Grandma’s, I love this recipe. I hope you do, too.

Cinnamon and sugar get me every time. The combination of the two (with maybe just a little butter) has always been one of my favorites. This love affair started a long time ago. When I was growing up, my paternal grandmother made these cinnamon rolls that would knock your socks off. They were without a […]