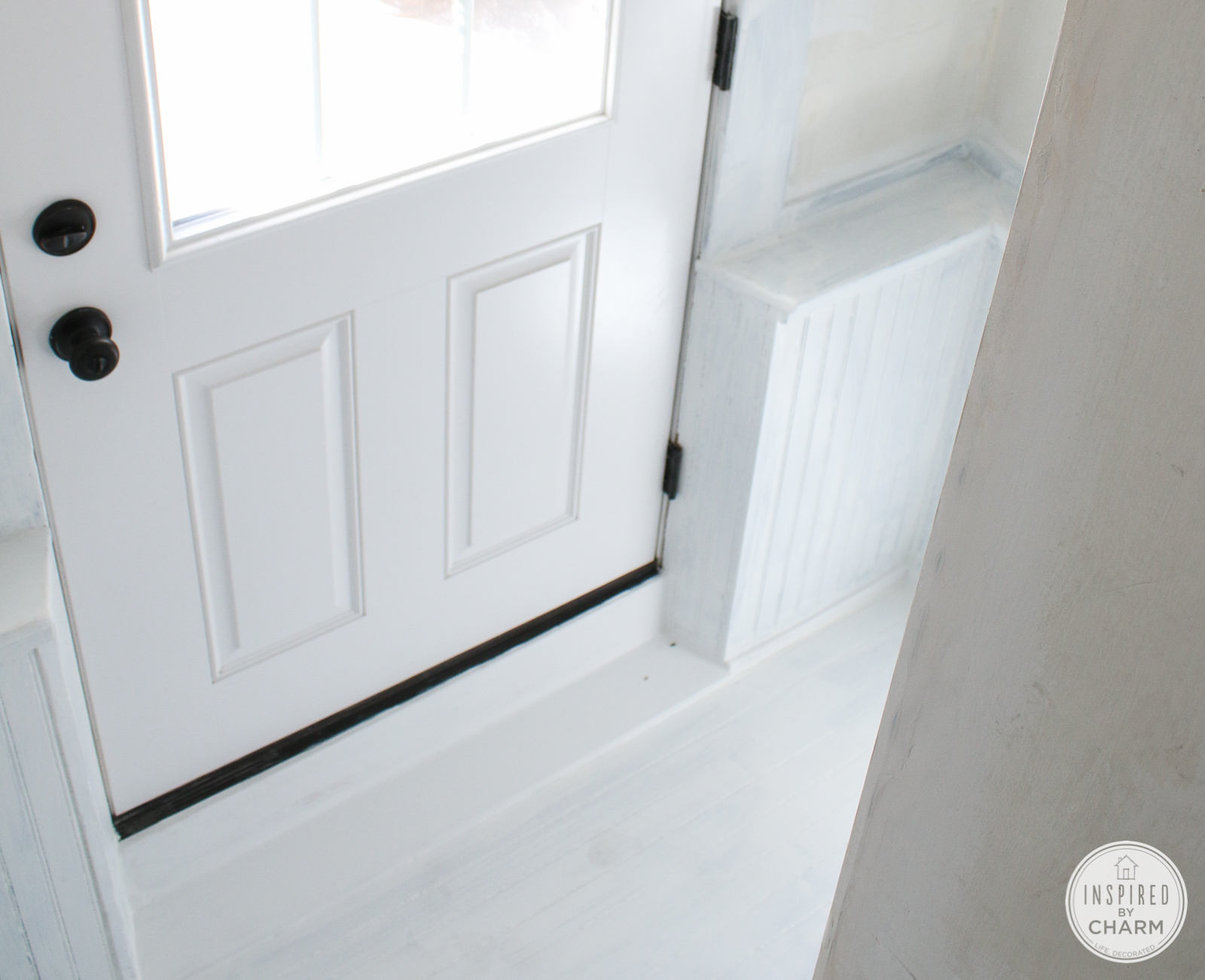 Happy Monday, friends! Today I’m popping in to share a brief update about my basement stairwell makeover. Even though we are still not into pretty territory, things are looking a whole lot better.

I spent most of Friday and Saturday (on and off) patching and sanding. I didn’t realize how much attention this space needed. I also decided to extend the project a bit and include the rest of the stairs and walls that lead to the basement. 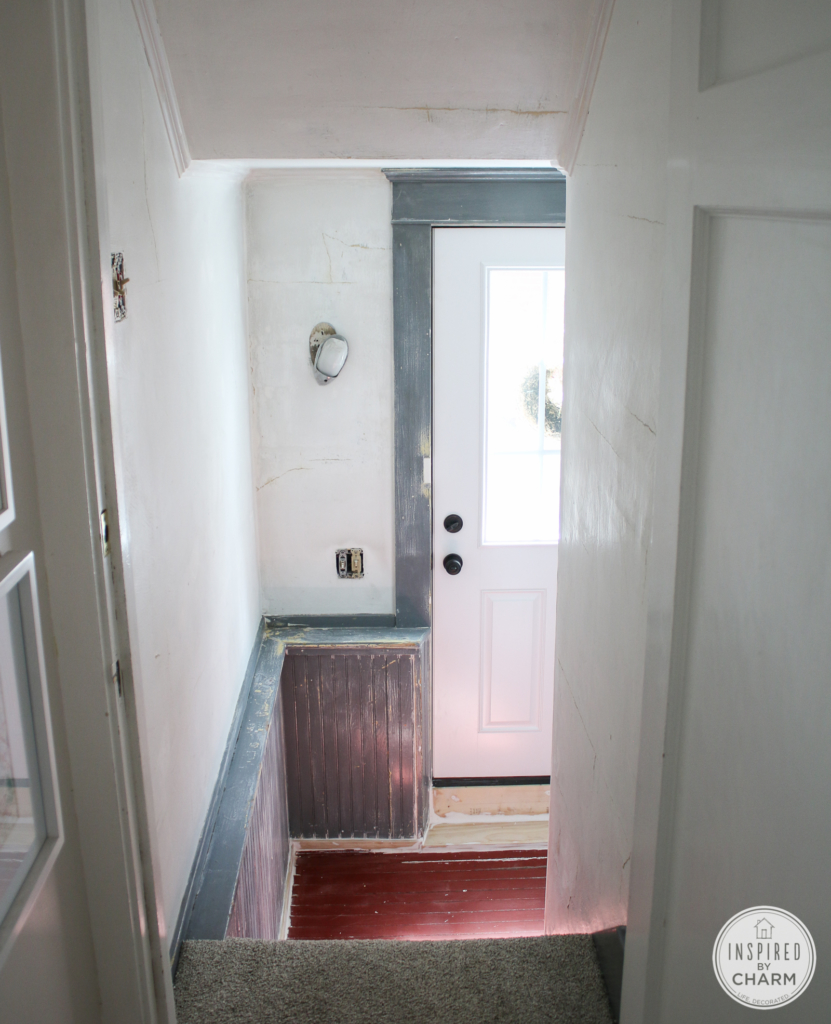 Since this is a basement area, it was never really given much attention so it required a lot of love on my part.

On Saturday, I also put up some crown molding. My intention was to use the same molding I used in my bedroom. However, after trying it out, I realized it was a little too deep for the space. So, I ran back to Lowe’s and picked up a thinner version that works well with what’s in the house. 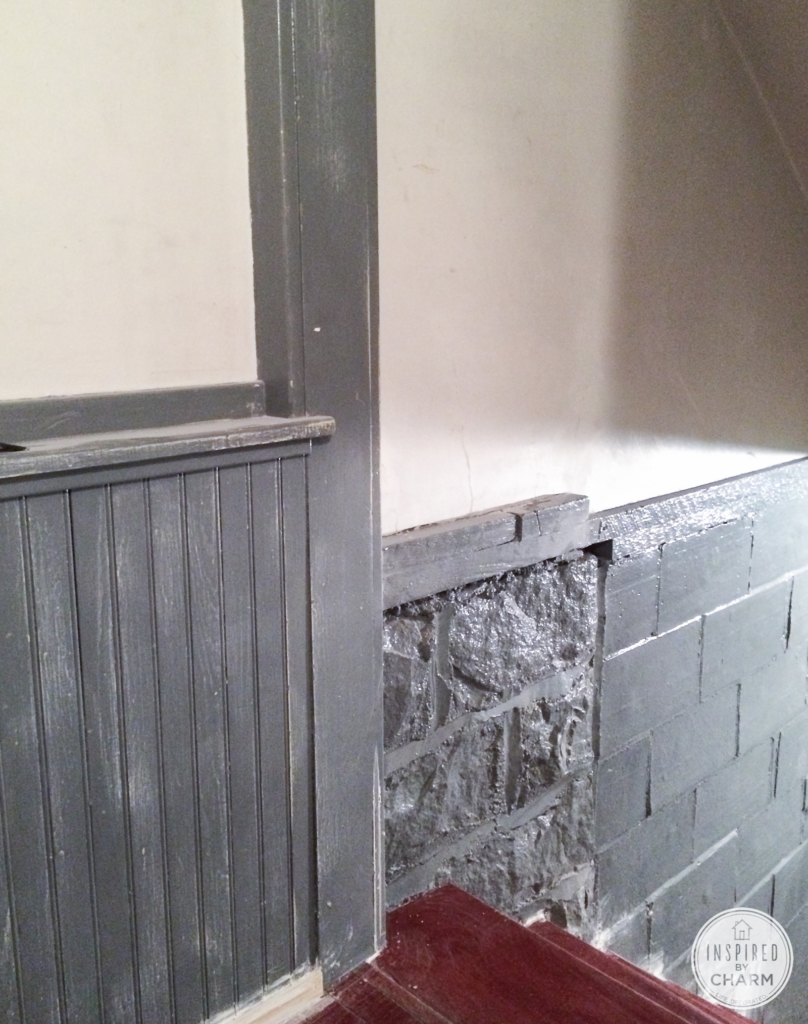 I also purchased some wood to tackle another problem area. Heading down into the basement (which I failed to show you last time), is an awkward area where exterior block, interior block, and floor boards all meet. To make it a little less of a mess, I added a small ledge that mimics the ledges on the landing. Honestly, I was pleasantly surprised with how well it turned out. 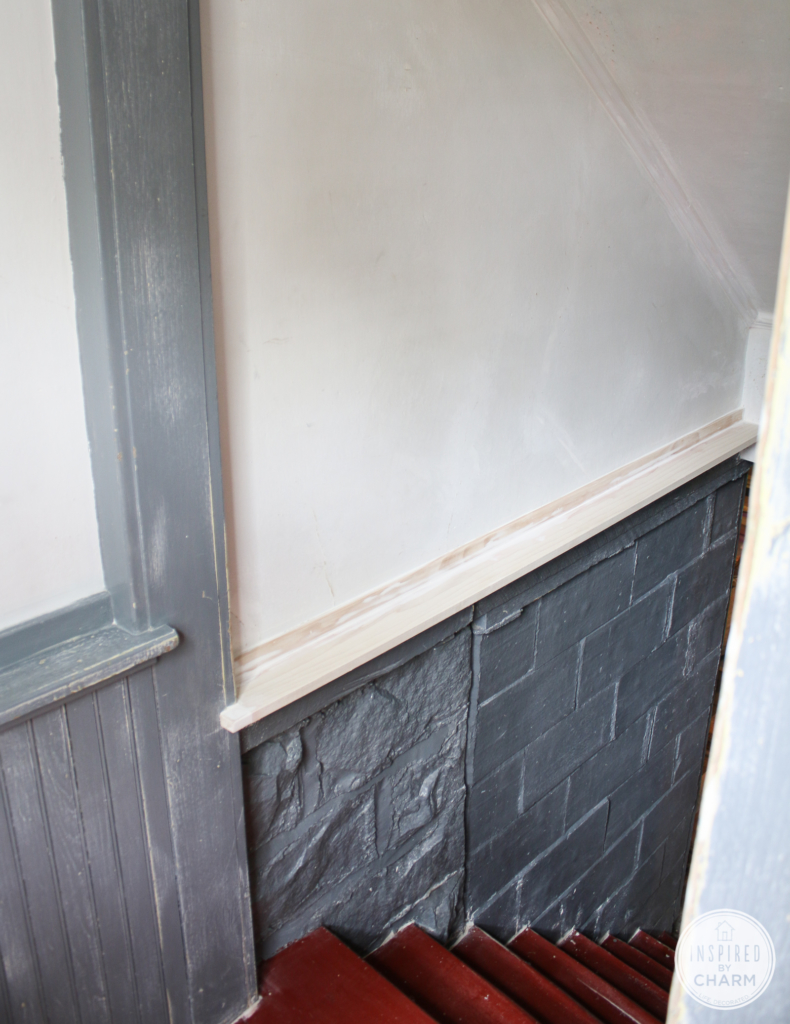 Anyway, after installing the crown molding and new toe kick, plus lots more patching and sanding, I applied a deglosser to the areas that had been painted gray and red. Both were a high-gloss, so I wanted to make sure the new coat of paint would stick. It only took about 20 minutes to apply the deglosser with a brush.

With that completed, I waited a good hour. Then I went over all of the red and gray areas (plus some other places where I’d spackled) with a good coat of white primer. 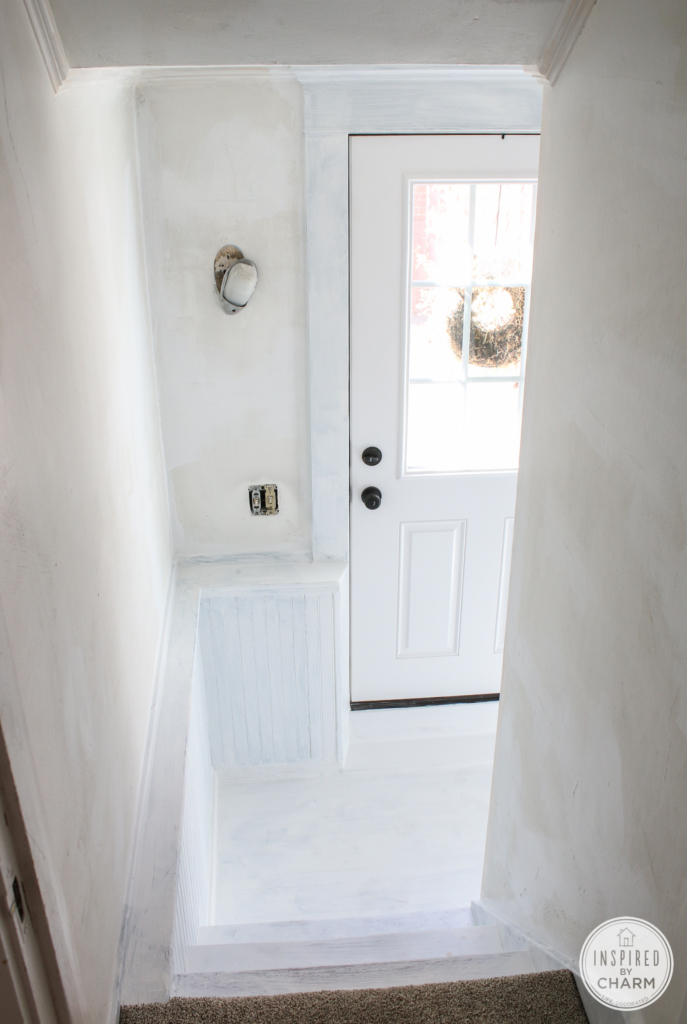 And, as you can tell, things are looking much better – and brighter! 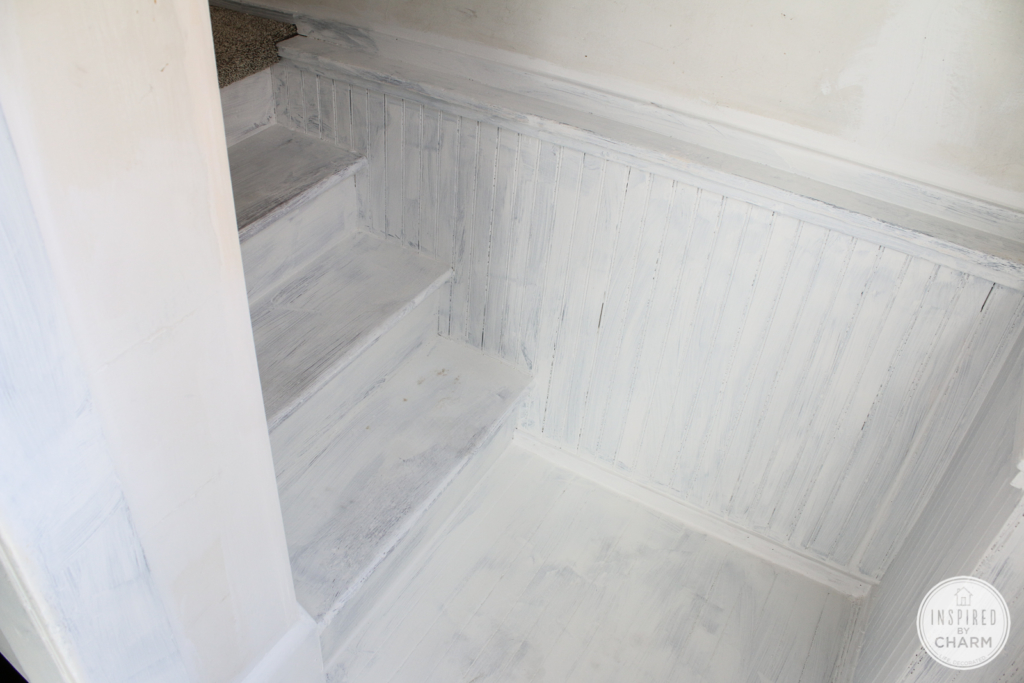 Now, I know what you’re thinking (cause I thought it, too), “Michael, you should keep the floors white. They look amazing.” I know. I hear you. However, since this area leads to my basement which isn’t finished (and exactly what you’d expect a basement in a 1917 house to look like), white stairs and floors are just not a good idea. I’d be cleaning them on a daily basis. I know they look awesome, but it’s just not practical. 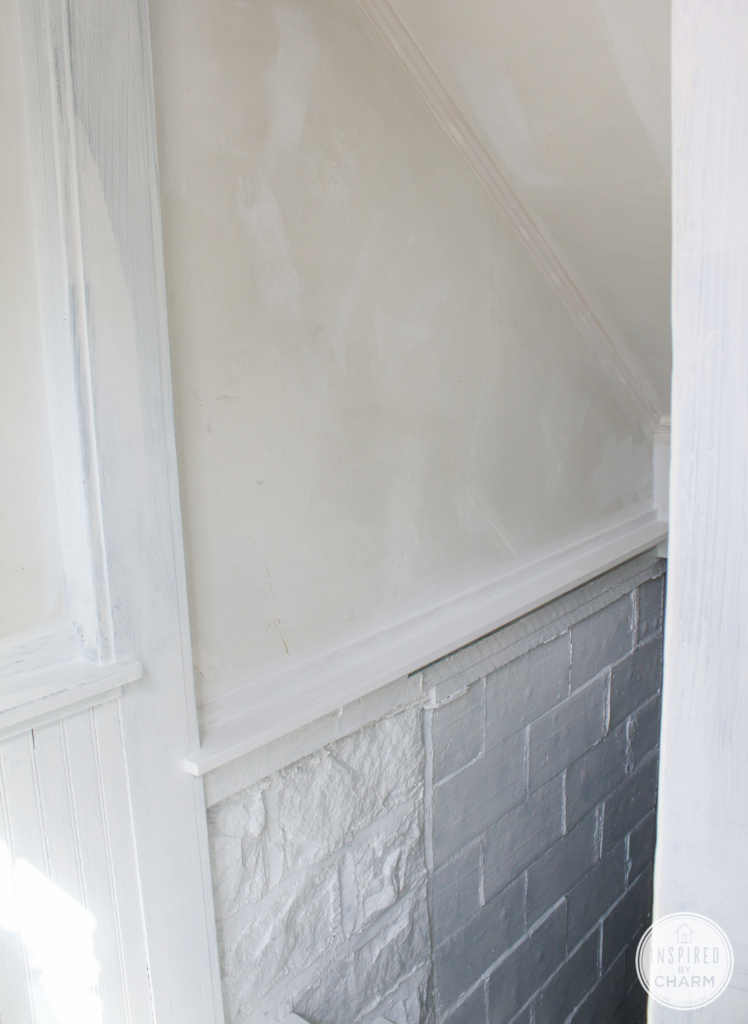 I took some time today to patch a few spots I missed, and with that complete I’m ready for paint. Hopefully by next Monday, the painting will be finished.

In other news, I picked a new wall color. Originally, I’d chosen a light green, but now I’m going in a completely opposite direction. Any guesses?

I also found the most incredible wall sconce (which was a factor in the change in paint color). It’s going to take a few weeks to get here, so that’s a bummer. But I’ll be sure to get it installed and share pics with you as soon as it arrives. 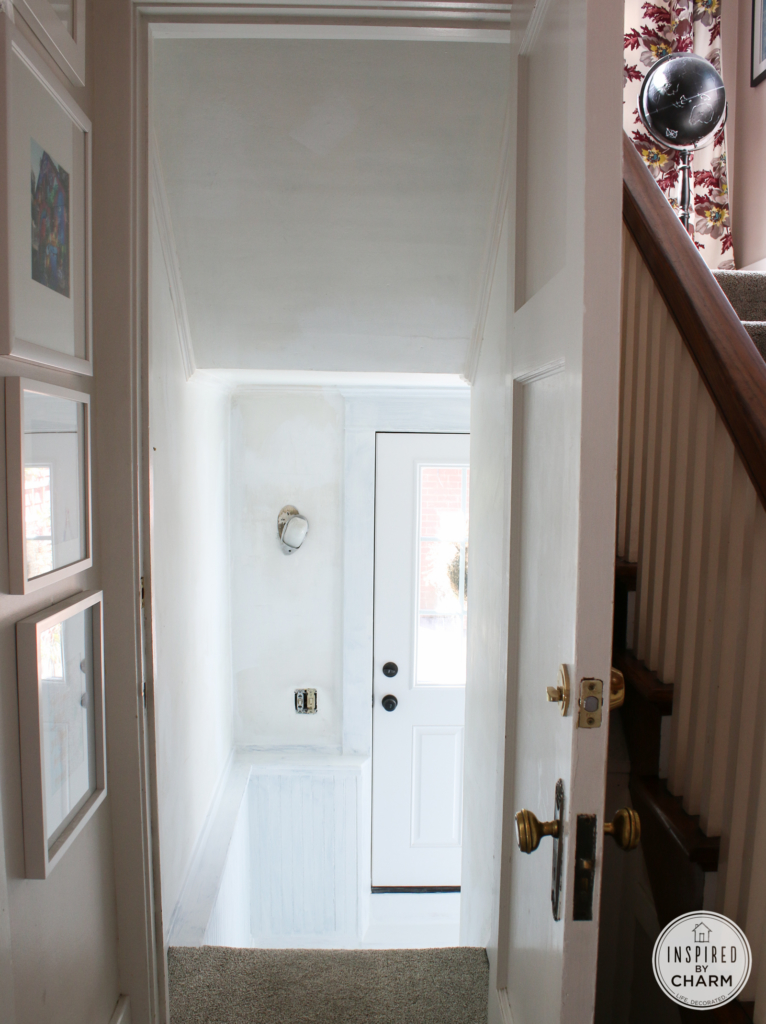 So, I’m making some progress, and the worst of this project is out of the way. Phew! What do you think?

What fun projects did you work on over the weekend? (Or did you spend time outside playing and taking advantage of one of the last weekends of summer? Smart!) Whatever you did, I hope it re-energized you.

Happy Monday, friends! Today I’m popping in to share a brief update about my basement stairwell makeover. Even though we are still not into pretty territory, things are looking a whole lot better. I spent most of Friday and Saturday (on and off) patching and sanding. I didn’t realize how much attention this space needed. […]