This is it! Day Three of my trip to New York City. As you may have noticed, most of my previous pictures haven’t been all that amazing. That’s because most were taken with my iPhone. This final day in the city I decided to take more picture with my actual camera.  I’m still a bit camera shy I suppose. I feel silly whipping a big camera out to take pictures. Anyone else? 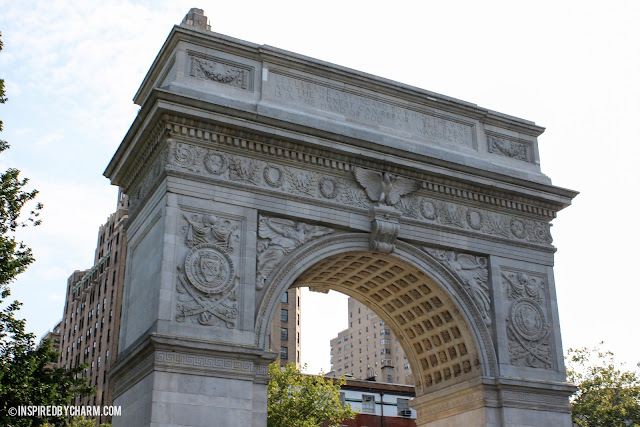 After packing up our luggage and checking out of the hotel, my Mom and I jumped back on the subway and headed downtown. We got of near Washington Square Park in Greenwich Village. I honestly had no intention ending up here, but based on Subway stops, this is where we found ourselves.

This park had tabletop chessboards with actual pieces just sitting out in the middle of the park. Amazing!

In another smaller park nearby an organic market was set up. I can honestly say I’ve never seen so many radishes in my life. Beautiful! 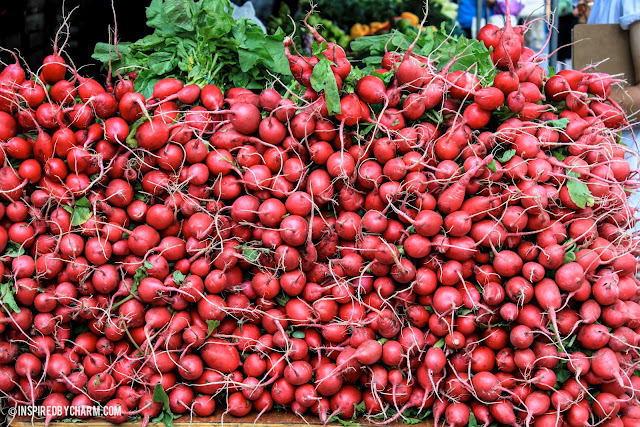 After checking out the market we headed to Fishs Eddy. If you never heard of this store, you are in for a treat. It is fabulous! 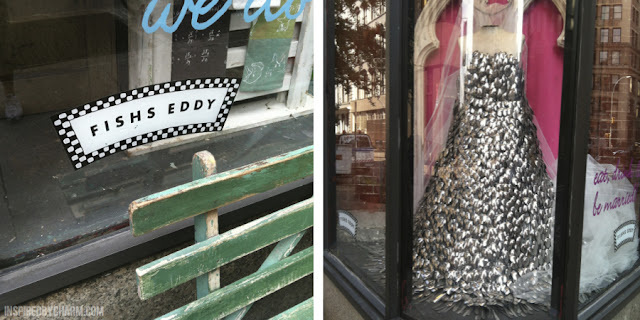 It’s a masterpiece of dinnerware, flateware, cake plates, linens, glassware, and so much more. I was in awe. Being a huge fan of these things I felt right at home. The amount of inventory they had blew my mind! I was also in love with their use of rustic, old, and worn display pieces. Sensational!

Visiting their store is an experience all it’s own, but if you can’t make it to New York City, you can shop on their website. 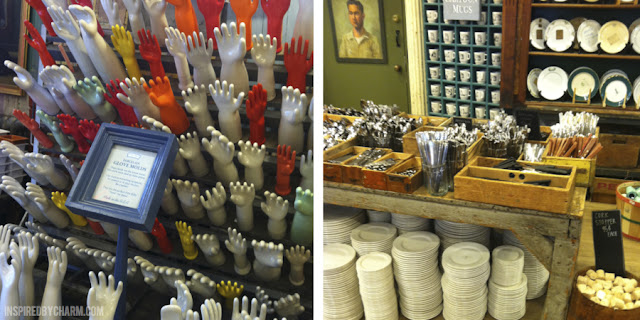 Across the street is ABC Carpet & Home. Words can not describe my love for this place. It’s a designers paradise full of everything and anything. 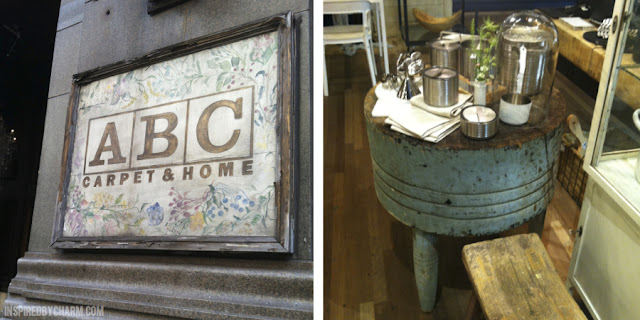 Their light fixtures left me speechless. Unfortunately, so did the price tag. My favorite was this blue glass chandelier priced at over $3,000. DIY anyone? 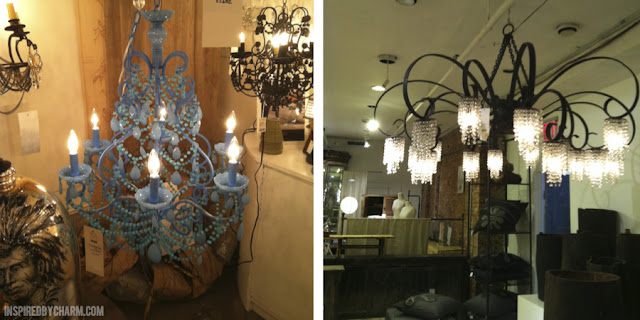 They were all so fantastically beautiful. 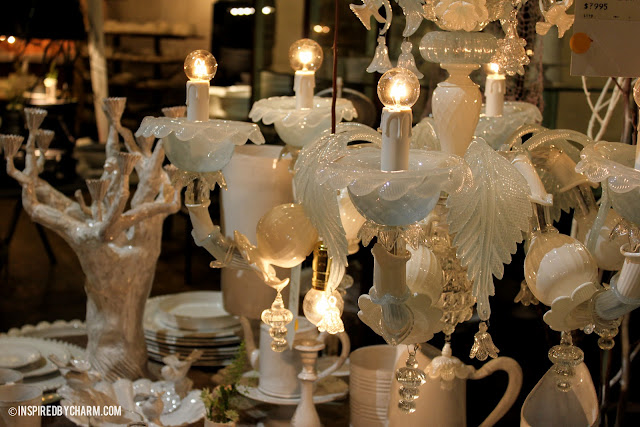 This is just a sampling of the pictures I took. It is a must visit if you are in NYC, even if you leave empty handed, your brain will leave full of ideas and completely inspired. Thank you to everyone that suggested I visit this place! 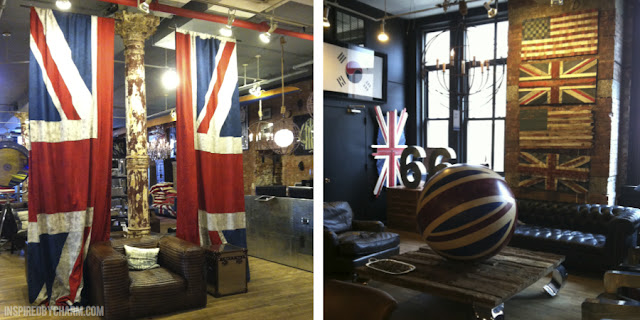 After that, we headed to the High Line. From what I understand this is a pretty new thing in the city (maybe a year old). It used to be a elevated fright line. It has since been converted into this fabulous elevated park and garden. It’s gorgeous and the views are breathtaking. You can read more about it here. The flowers were fabulous and the whole feel of the space was just magical. 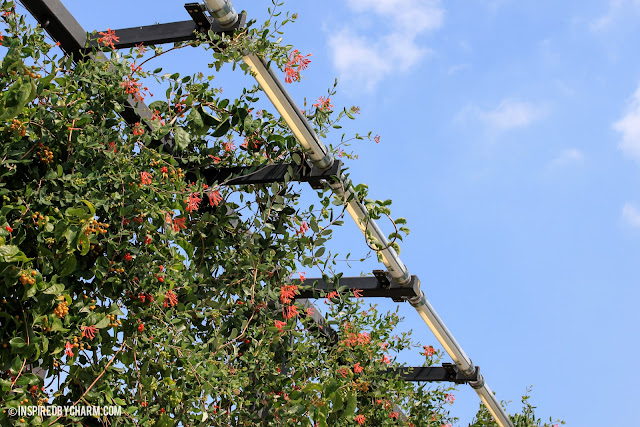 A beautiful stretch of garden tucked into the city. 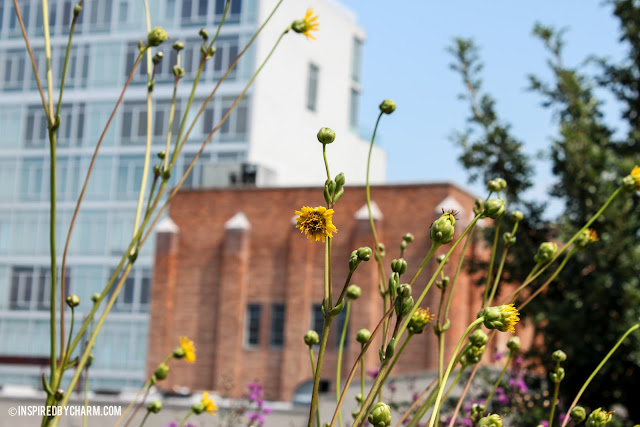 I’m so glad we took the time to visit and walk along it. It stretches about 1.5 miles. I think we walked about a mile of it based on where we got on. 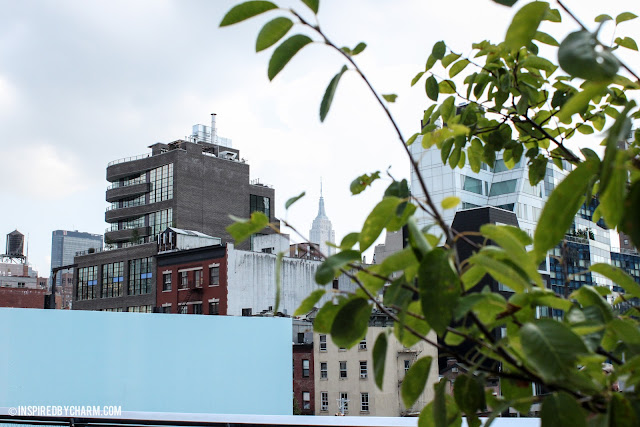 Another must visit when you are in the city. 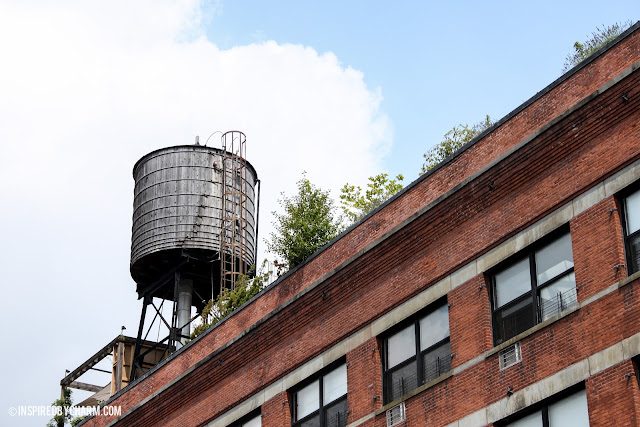 After the High Line, we walked up towards Times Square. On the way we stopped and got some New York Pizza and dessert at Baked by Melissa. 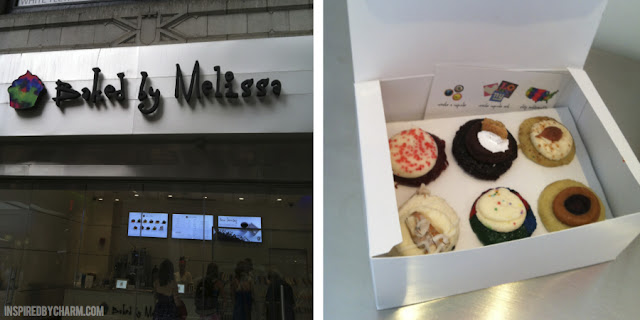 The most adorable, moist, and delicious mini cupcakes in the city. Just fabulous. It was about $5 for six of them. We had Red Velvet, S’mores, Cinnamon, White Chocolate Covered Pretzel, Tie-Dye, and Peanut Butter and Jelly. So, so good!

And I was just on their website and it looks like you can have them shipped nationwide! Even better. 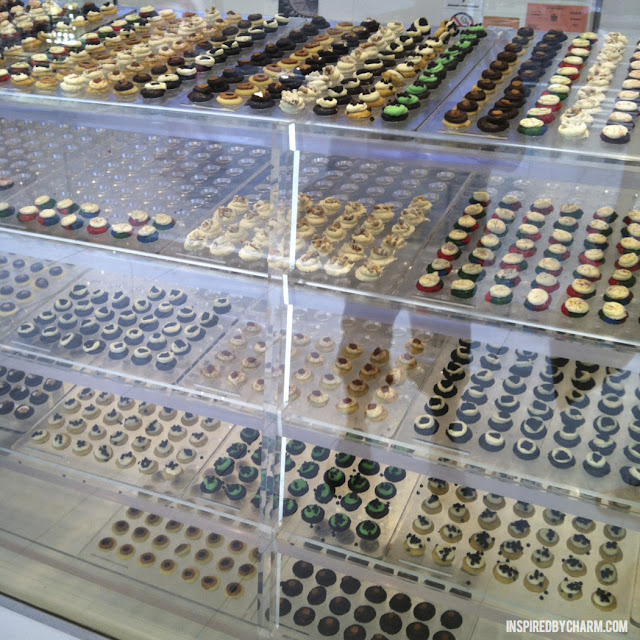 After than we meandered our way to Times Square. We passed ‘the famous’ Macy’s and the Parsons School for Design. ‘Make it work!’ (That was my best Tim Gunn impression.) 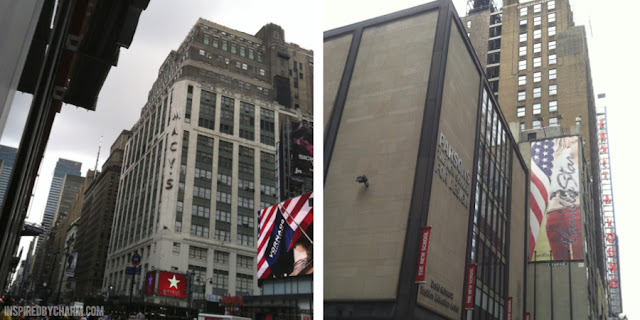 And then fell into Times Square. 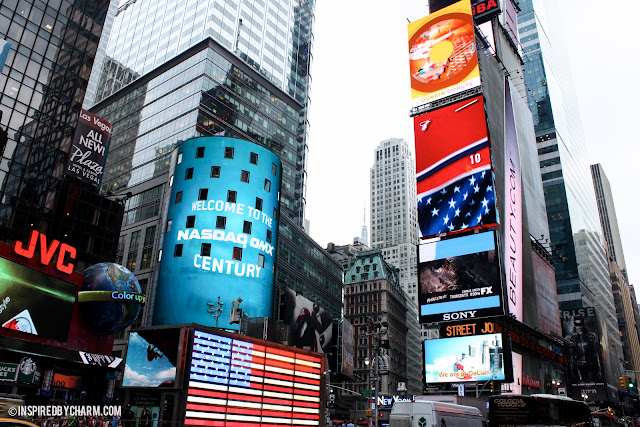 An amazing site to see. For some reason there were so, so many people. I couldn’t believe it. I’ve been to this area before and never seen that many people. It was a bit overwhelming. 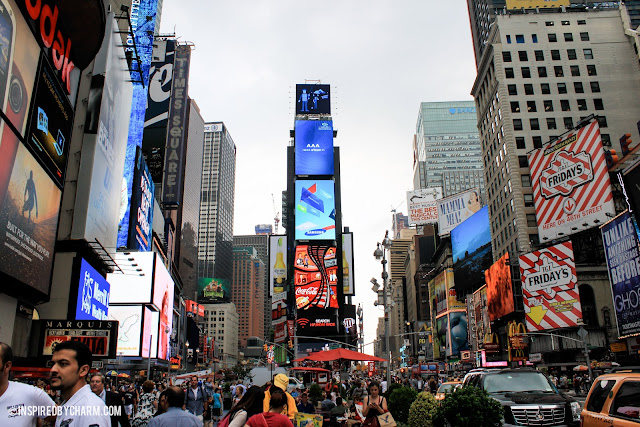 We even ran into the Naked Cowboy. Though, as many of you asked on Instagram, this is not the original cowboy. 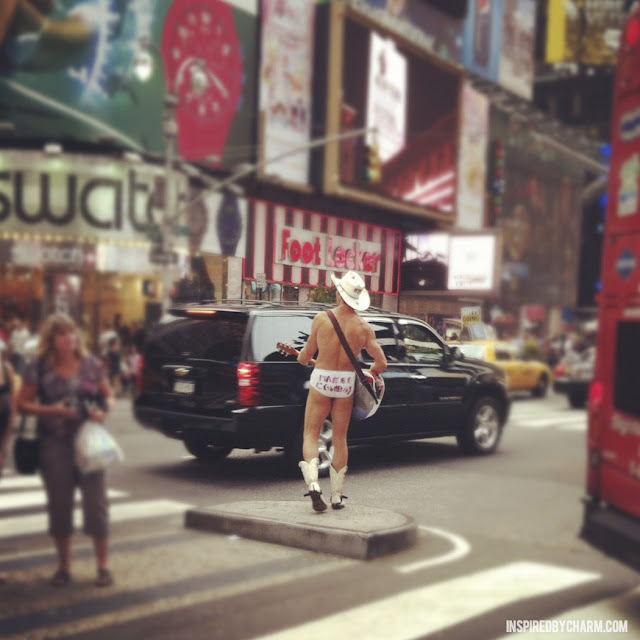 After our quick visit to Times Square we headed to our final destination in the city. 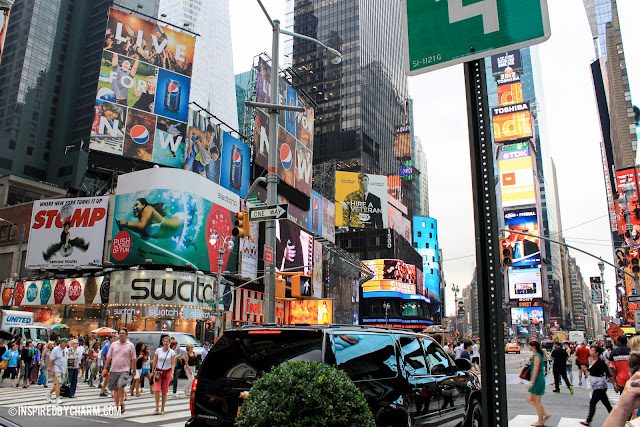 It was time for a show…

I’m probably going to oversell this a bit, but I mean every word of it.

I am in love with this production.

So here’s the deal. I love music. Like, really, really love music. I think that’s why I adore this show so much.

Everything happens on stage. The actors are also the musicians. There is not a traditional band/orchestra. It’s unreal and amazingly impressive. Not only were they incredible musicians, but their voices literally cut though my skin. 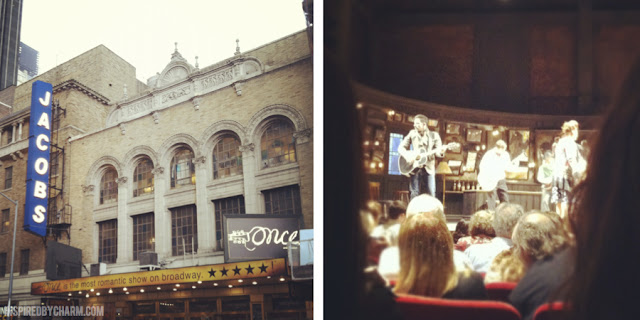 The show just opened this year, so the cast is the original.

Seriously, just thinking about their voices gives me goosebumps. The second song they sang (before they really even got into the story) was Falling Slowing, which some of you may be familiar with from the movie. I literally had to hold back tears. It was just that beautiful. You can listen to that song here.

To get a better understanding of what I’m trying to explain, here you can watch this video which details the making of the music/album.

There are really no bells and whistles to this productions compared to something like Wicked, but it honestly doesn’t need it. It’s all about the heart and the music.

Okay. I’m done. I told you I was going to oversell it, but I really loved every second of it.

And that was the big finale to our trip. After that we headed back to the hotel to pick up the car and our luggage and drove off into the sunset (AKA – waited in traffic for 1.5 hours after watching a fight breakout directly behind our car between two disgruntled drivers).

The trip was fantastic. I don’t know if I could live in New York City for an extended period of time, but I do know that a part of my heart will always be there. Or, a part of it will always be in my heart. It’s a little reminder I need to get there more often.

I really hoped you enjoy following along.

For more about my trip to New York City:

This is it! Day Three of my trip to New York City. As you may have noticed, most of my previous pictures haven’t been all that amazing. That’s because most were taken with my iPhone. This final day in the city I decided to take more picture with my actual camera.  I’m still a bit […]