I’m finally feeling a little more settled after returning from my trip. When you own your own business it’s challenging to go on trips because, while you are gone, instead of someone else taking care of things, the work just piles up.  My to-do list seems much longer than usual. Oh well, it was totally worth it.

To keep things somewhat organized I decided to split my NYC trip into four posts based on the three days I was there, plus a post about the blogger social. It may get a little confusing, but it was the only way that made sense to me. I’m also going to try and be somewhat brief as all of this may not be as exciting to you as it was to me.

Being in central Pennsylvania, I decided to drive. Things worked out pretty well, but driving through New York City is probably one of the most stressful things I’ve experienced. Especially leaving the city  on Wednesday when we were stuck in traffic for almost 1.5 hours and a fist fight broke out between two drivers directly behind our vehicle. Not cool. 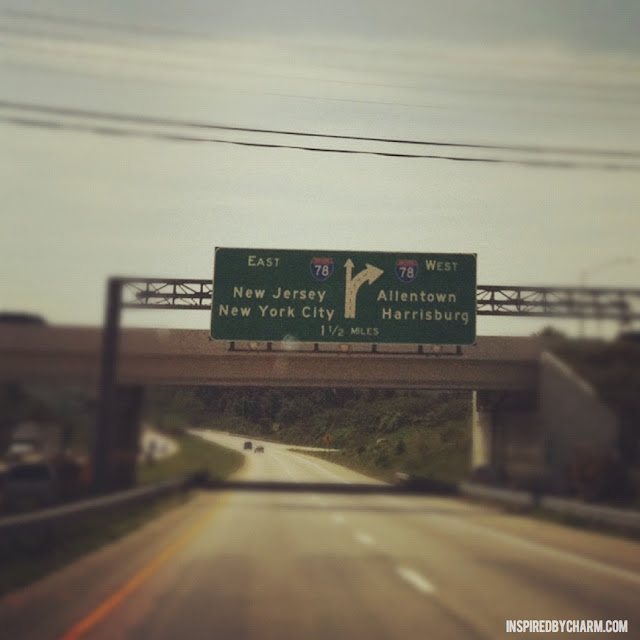 Next time, I would most likely pack a little smarter and take a bus or park outside the city and take a train in. NYC driving is not for me.

As some of you know I used to work for the Four Seasons before buying my little inn. I was able to make a few connections and got an amazing deal at the Four Seasons New York. Thanks Mustafa!! 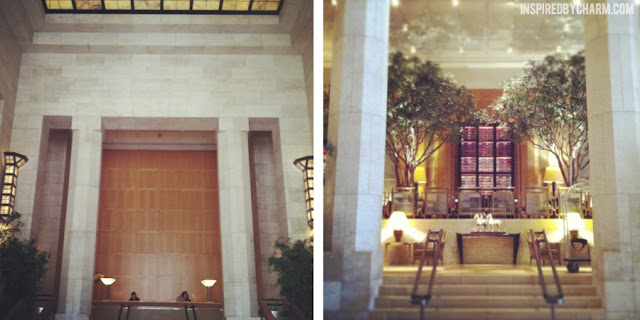 It was fabulous. At the end of the day it was so nice to be wrapped in just a little luxury. 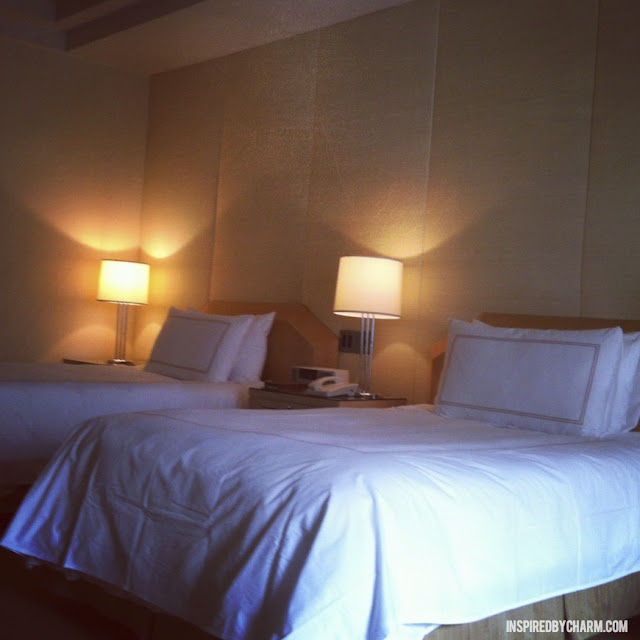 After getting settled we decided to walk around and explore the city. The hotel was pretty close to the Central Park so that’s where we headed first. 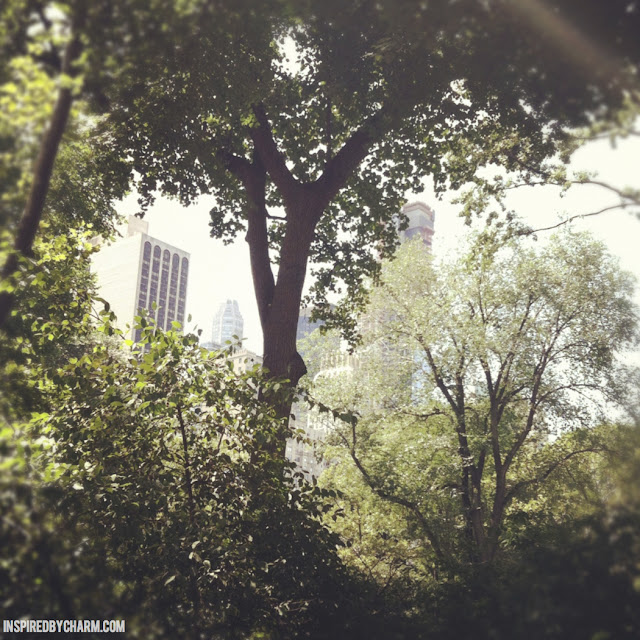 From there we also spotted the underground Apple Store. You wouldn’t believe the amount of people inside, or the amount of Apple products just laying around available for testing. Mind blowing. 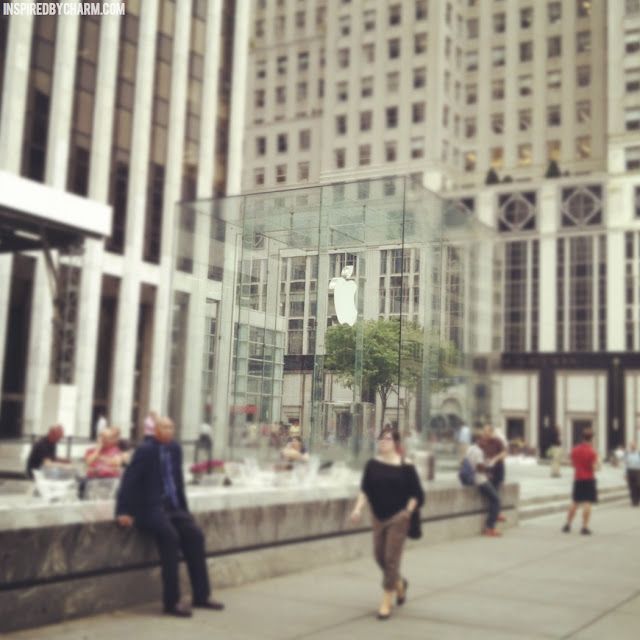 The Essex House was also close by. I honestly don’t really know what that is, but I know I’ve heard of it and/or seen it in a movie. 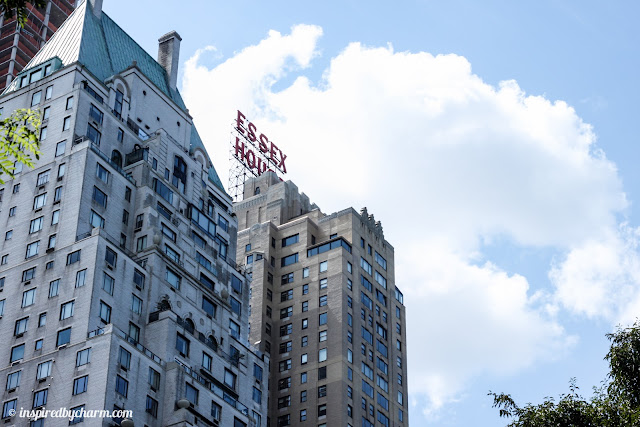 After the stress of driving into the city, and since we hadn’t eaten since breakfast, we found a totally random restaurant and stopped for a cold beer and a little nosh. 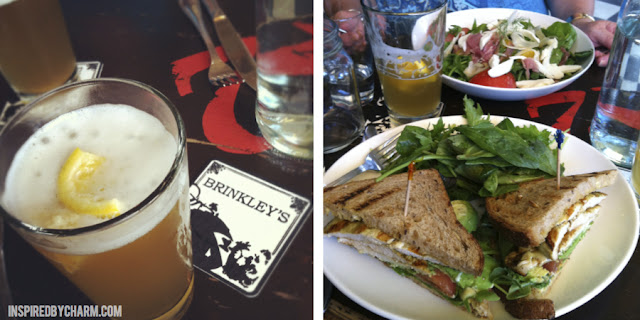 Brinkley’s was the place we stumbled upon and it couldn’t have been more perfect. The food was great and the beer was cold, totally unique (I never heard of most of it), and delicious. 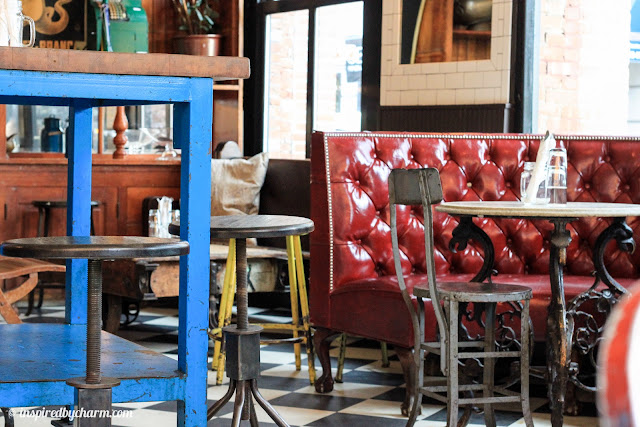 I was also completely inspired by the interior space! A beautiful mix of industrial, homey, and country touches.

After filling up our bellies we headed down to Soho to do some shopping. One of our first stops was Purl Soho. You may know their blog the The Purl Bee. It was as fabulous as expected.

Tons of beautiful fabrics, yarn, and loads of inspiration. 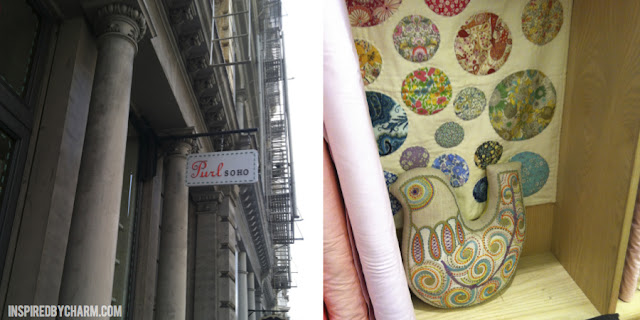 We also hit up some of the other shops and checked out all the amazing window displays. Utterly unique and inspiring! 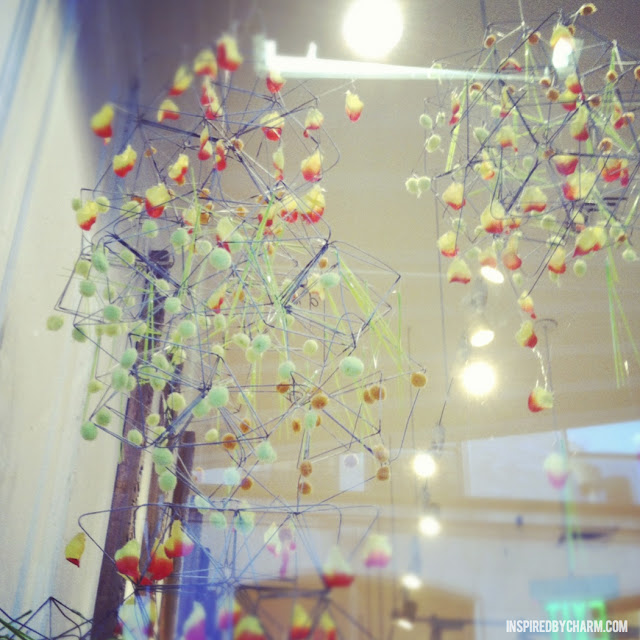 Since we were sort of in the neighborhood we jumped back on the subway and headed down to the World Trade Center site. They are making beautiful progress with the new buildings. I can’t wait to see them completed. The size of the buildings in this city nearly take your breath away. You just have to stop for a moment to appreciate their incredible size and design. It’s amazing. 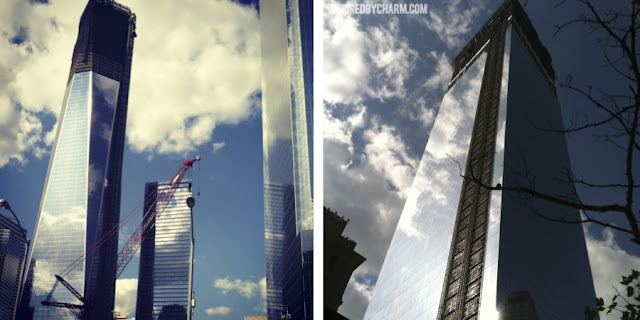 At this point it was starting to get pretty late and we were both pretty hungry, so we headed back to Soho for a dinner spot I had found (and one of you suggested), Hundred Acres.

I can’t begin to tell how how perfect this spot was for us. It was this beautiful blend of modern meets country. Classic, fresh, farm ingredients with a modern twist and dynamic presentation.

I do apologize, it was pretty dark in the restaurant so my pictures aren’t the best. 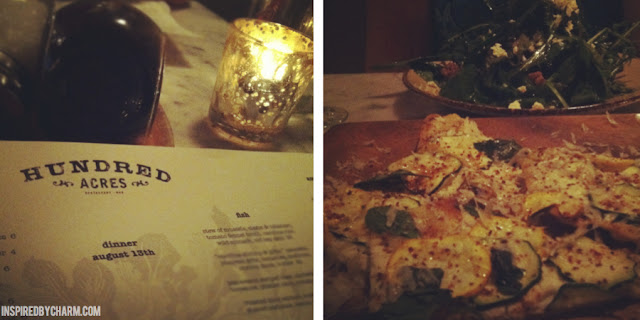 If you are ever in the city, I highly recommend it. We decide to do smaller dishes and share everything. We started off with a pimento cheese spread with fresh veggies. They served the pimento cheese in this mini mason jar. So cute! We then had some sort of steak bite things. I forget what they were called. Then we had a yummy flat bread with goat cheese, zucchini, yellow squash, and paprika. Fab-u-lous! And for dessert, Nutella Pie! I can still taste it. A perfect meal. 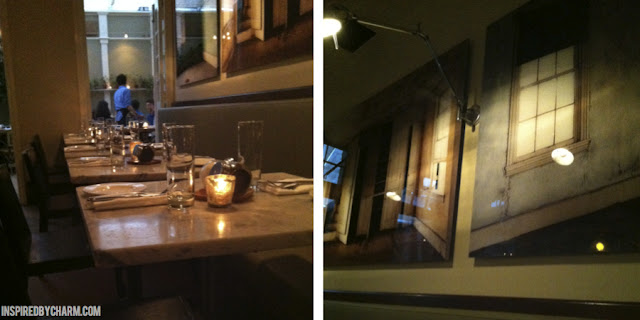 I also had a flithy martini with my dinner. I know it sounds weird but it was delicious and I’m totally going to attempt to recreate it. More on that in another blog post.

One of my favorite things about Hundred Acres was their artwork. It was these huge photographs someone had taken of the interior of an empty farm house. They almost had an eery quality with open cabinet doors, peeling paint, and cobwebs, but they still felt like home and love. Does that make sense? The photos were placed behind plexiglass giving them a modern touch. They were beautiful.

After dinner we got back on the subway and headed home. I did get us a little lost at this point. I wasn’t quite sure what was uptown and what was downtown. To be honest, I still don’t know. Though, I did find these metrocard origami as a result of my failure to correctly read the map. 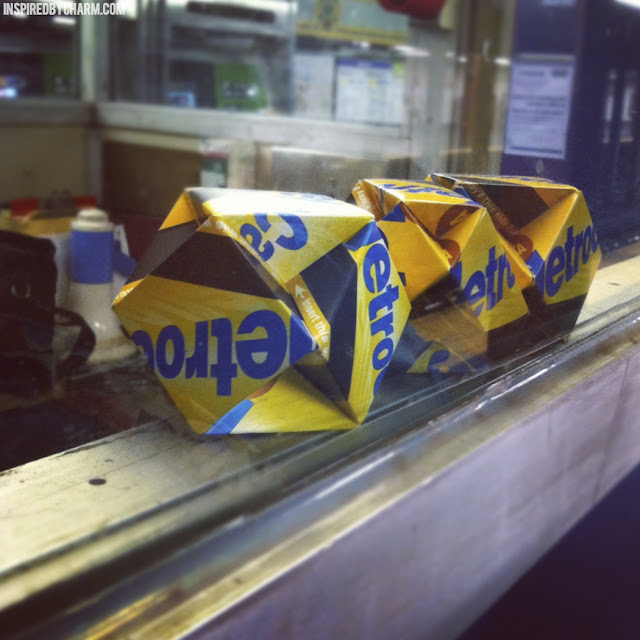 By the end of the trip I finally figured out the whole subway system, so hopefully next time I go back I’ll have a better idea how to navigate things. It’s a must for anyone visiting to New York.

That wraps up Day One. Despite the stress of actually getting there, it was a perfect day! I’ll be back tomorrow for Day Two in the city!

For more about my trip to New York City:

I’m finally feeling a little more settled after returning from my trip. When you own your own business it’s challenging to go on trips because, while you are gone, instead of someone else taking care of things, the work just piles up.  My to-do list seems much longer than usual. Oh well, it was totally […]