Yes, my friends, I’ve welcomed a new kitty into my life and home. This news won’t come as a surprise to those of you who follow me on Instagram (I’ve already shared a few pictures of him there.), but I thought Frankie also deserved a post on IBC. 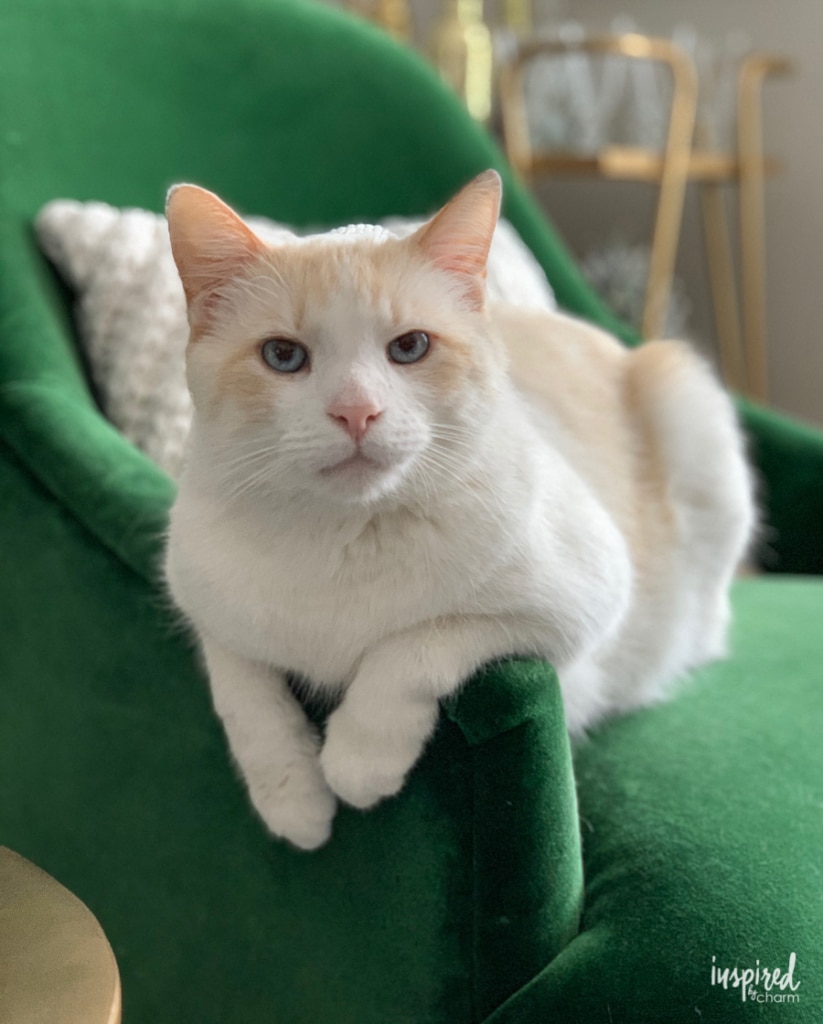 As you may know, I already had two cats: Sebastian and Jax. I adopted Sebastian as a kitten when I moved into my first apartment after college. Jax joined us about a year later. This year, Sebastian will turn 14, and Jax will be 13. It’s hard to believe they are that old and have lived in six different apartments/houses with me.

Having cats in my home is such a joy for me. As a single person, I like their companionship, and I’ve always been perfectly content with just two cats. To me, that’s the ideal number. I’ve also been blessed with two really great cats. I especially love that Sebastian and Jax are very close and can often be found snuggled together or cleaning each other’s heads.

However, since Sebastian and Jax are older, and I’m now settled in my current home, I recently decided to open myself to the idea of another cat. I wouldn’t actively seek another cat, but if one should find me, I’d be open to providing it a home. That way, in case something happened to Sebastian or Jax, the surviving cat would still have a companion, and so would I. 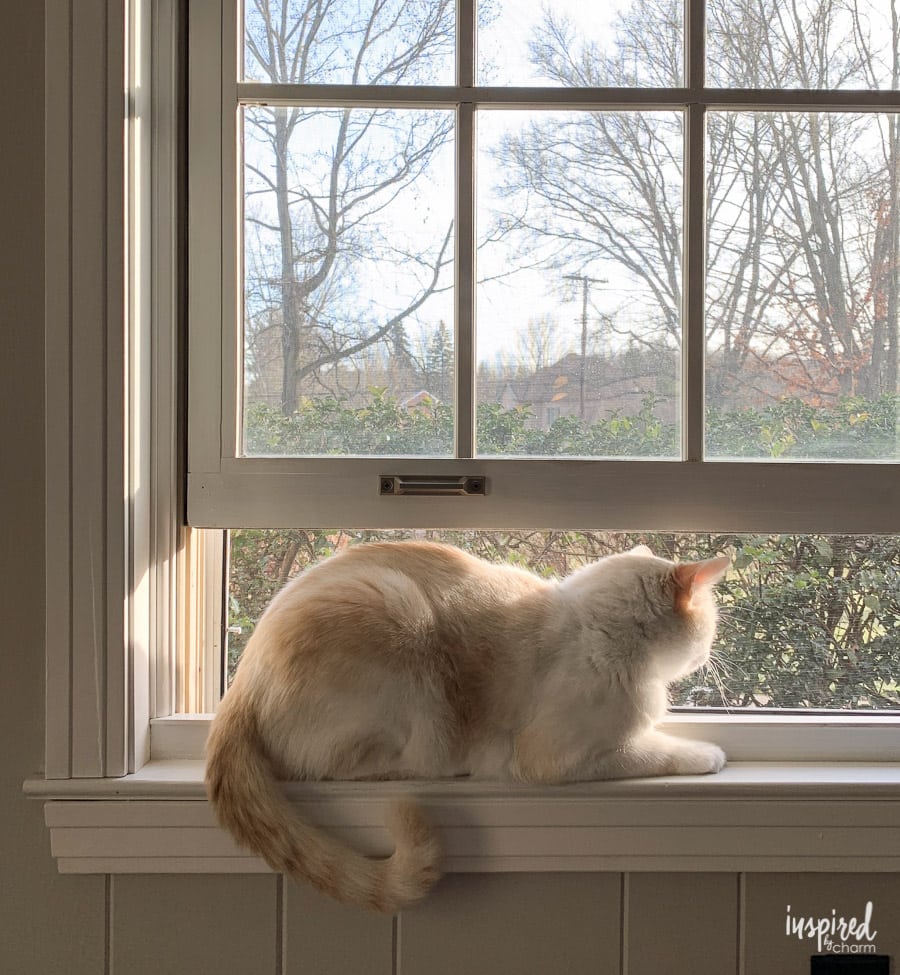 Rewind to a couple weeks before Christmas: My blogger friend Julia of Cuckoo 4 Design tagged me on an Instagram post. A cute little cat named Frankie was found living under the porch of a house here in Pittsburgh. He was being cared for by a kind couple who unfortunately couldn’t keep him. They were looking to find him a home for Christmas.

I wrote them an email expressing my interest in adopting Frankie, and from all the emails they received, they picked me to take Frankie. Fun fact: the husband has been following me on Pinterest for years!

It seemed like Frankie was destined to be in my life, so here he is! 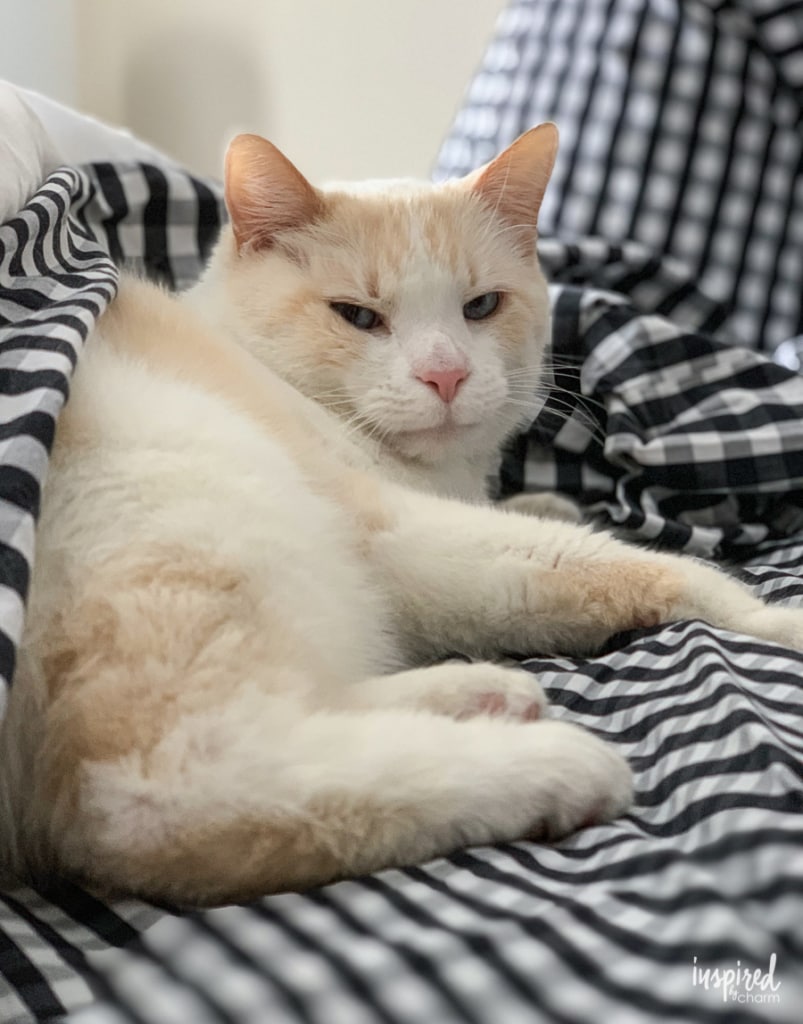 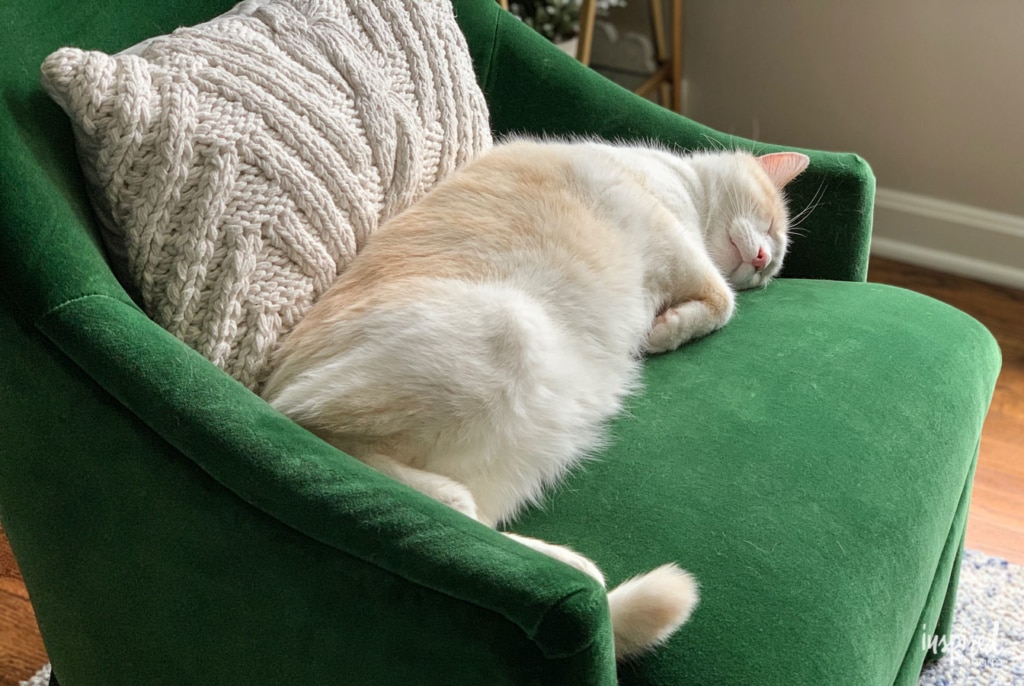 Because I wanted to make sure that all the cats got along, there needed to be a trial period. If for some reason, things didn’t work out, the couple told me they would be willing to find Frankie another home.

Naturally, when any new cat joins a family, there is a bit of caution and adjustment on everyone’s part. However, in just a few days, all the cats seemed to be getting along.

I hope this doesn’t border on too much information, but in his early days at Bayberry House, Frankie had urinary issues (frequent trips to the litter box) that necessitated several visits to the vet. The vet couldn’t find anything wrong with Frankie. I later realized Frankie’s frequent urination was caused by the wet food I was giving him. Once I changed his diet, all the urinary issues disappeared.

Frankie’s been with me a little over a month now, and it feels as if he’s always been a member of our family. The other day I caught him snuggled up with Jax, which put a big smile on my face. He is a bit of trouble maker and has climbed up my fully decorated Christmas tree twice. He’s also ventured into the fireplace. I know this because I found big black streaks on his fur. 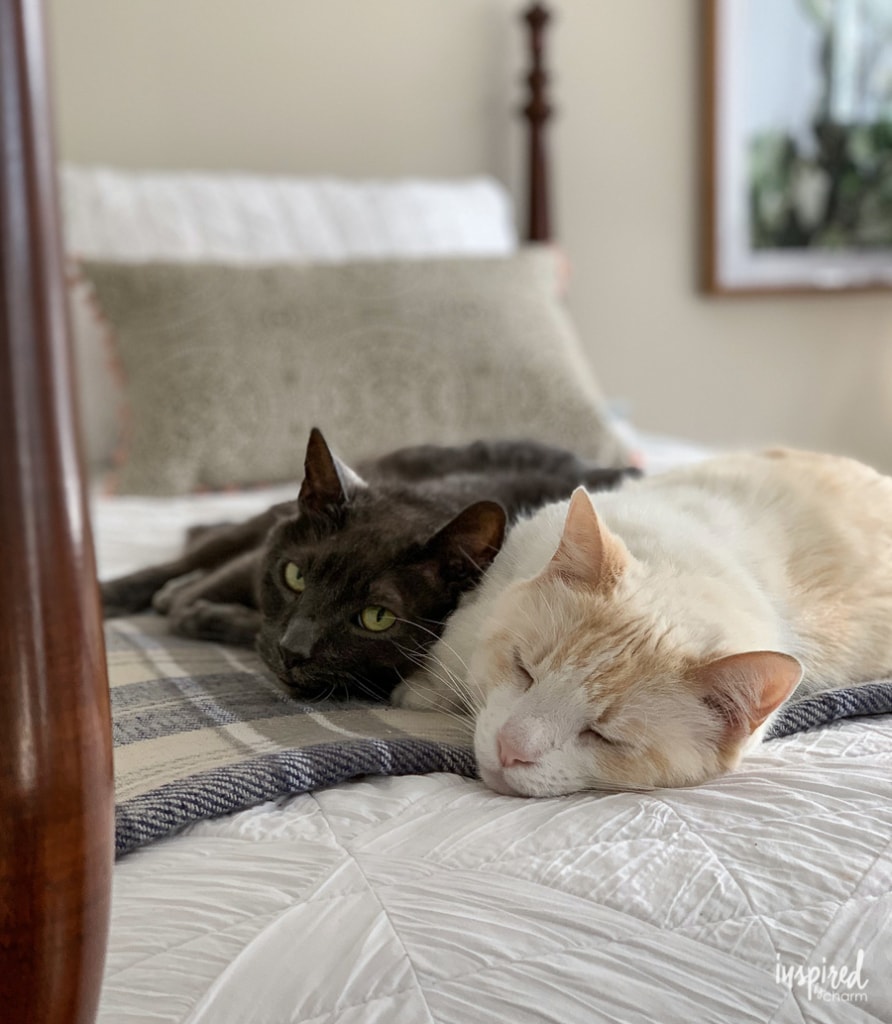 Oh, you might be wondering about his name. I believe the lovely folks that found him gave it to him. My guess is that it was inspired by Frank “Ol Blue Eyes” Sinatra. As you can see, my Frankie has striking blue eyes, too. I liked the name so much, that I didn’t feel any need to change it. Though, like any beloved pet, Frankie has garnered a few nicknames: Frankiestein, Frankie Doodle Doo, and Franklin. 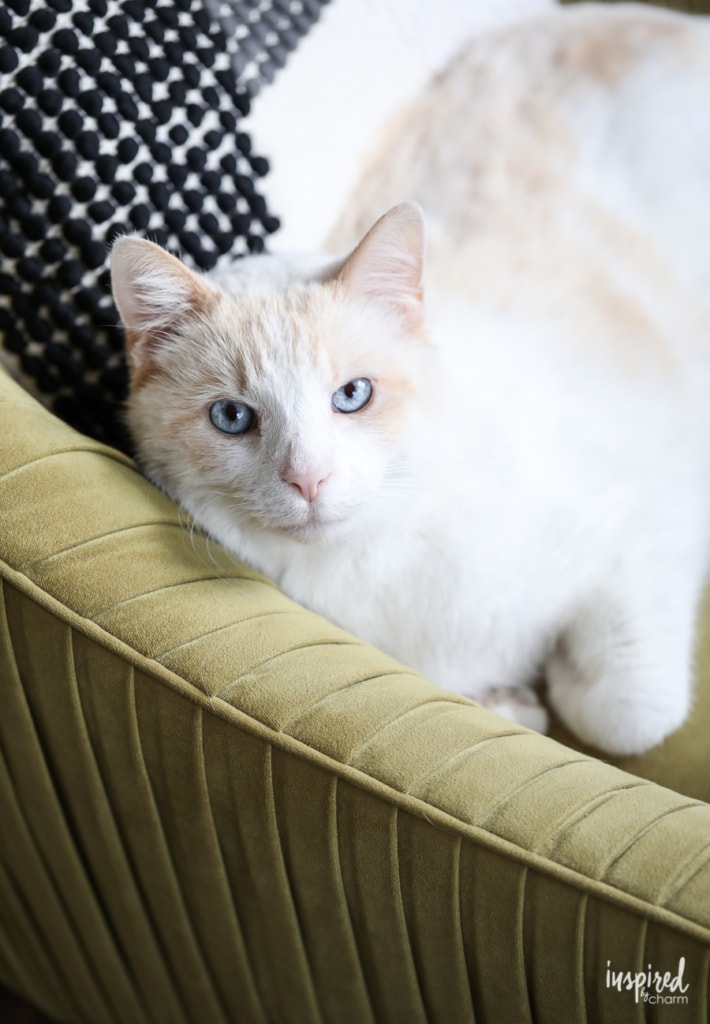 Thank you for allowing me to officially introduce Frankie to you. I am so happy to welcome him into my home, and I suspect he’ll be making more appearances on IBC in the years ahead.

Say hello to Frankie! Yes, my friends, I’ve welcomed a new kitty into my life and home. This news won’t come as a surprise to those of you who follow me on Instagram (I’ve already shared a few pictures of him there.), but I thought Frankie also deserved a post on IBC. As you may […]