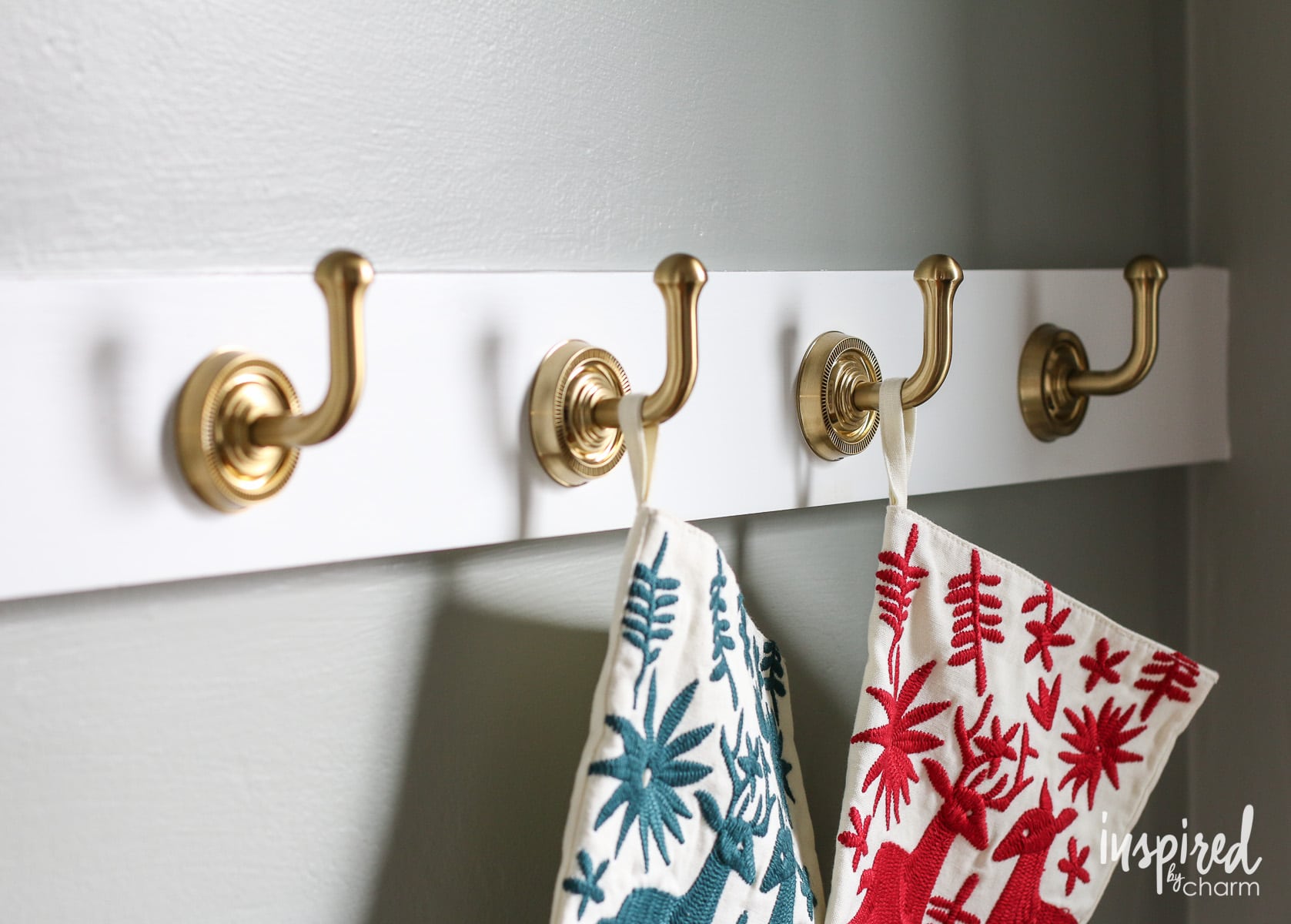 Have you ever painted a space and known after the first stroke of color whether you’re going to like it? This happens to me a lot. I know within seconds if a color is going to work or not. I think this is because I’m such a visually oriented person.

When a color works, it’s the best feeling. For example, when I painted my dining room gray, it was love at first sight. It was the same thing with my current living room / office space.

When a color doesn’t work. It’s tough. My bedroom is an example. The color was supposed to be a white / gray, and it somehow turned out looking light blue. Thankfully, the color works and I don’t hate it, but it still bothers me to some degree.

So, what does all of this have to do with today’s post? Well, I painted my entryway.

About a year ago, because of the water damage from a leaky toilet on my second floor, I was forced to paint my entryway. My initial plan was to go gray. However, after talking to one of my friend, color won out. I chose a banana cream. Once again, I knew immediately I wasn’t digging it. However, despite my better judgement, I decided to live with it for a few years.

Over time though, I realized that the yellow just didn’t fit the story I or my home was telling. It was fine, but I didn’t love it.

So, the yellow is gone and gray is back. 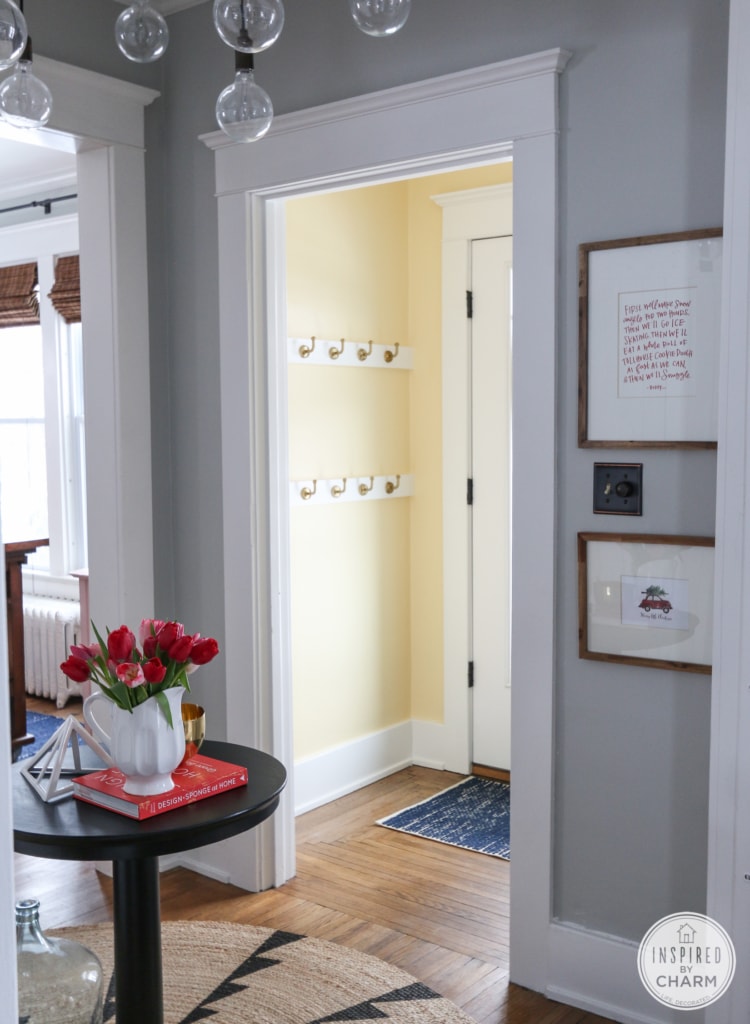 As you probably know, I’ve been doing seasonal home tours on the blog for the past several years. Every time one sneaks up on me, I frantically make changes to my home in an effort to both fix things I don’t like and mix things up a bit for all of you. I’m well aware that the latter is not the best reason to make changes to my home, but it’s part the of the job and a fun challenge for me. 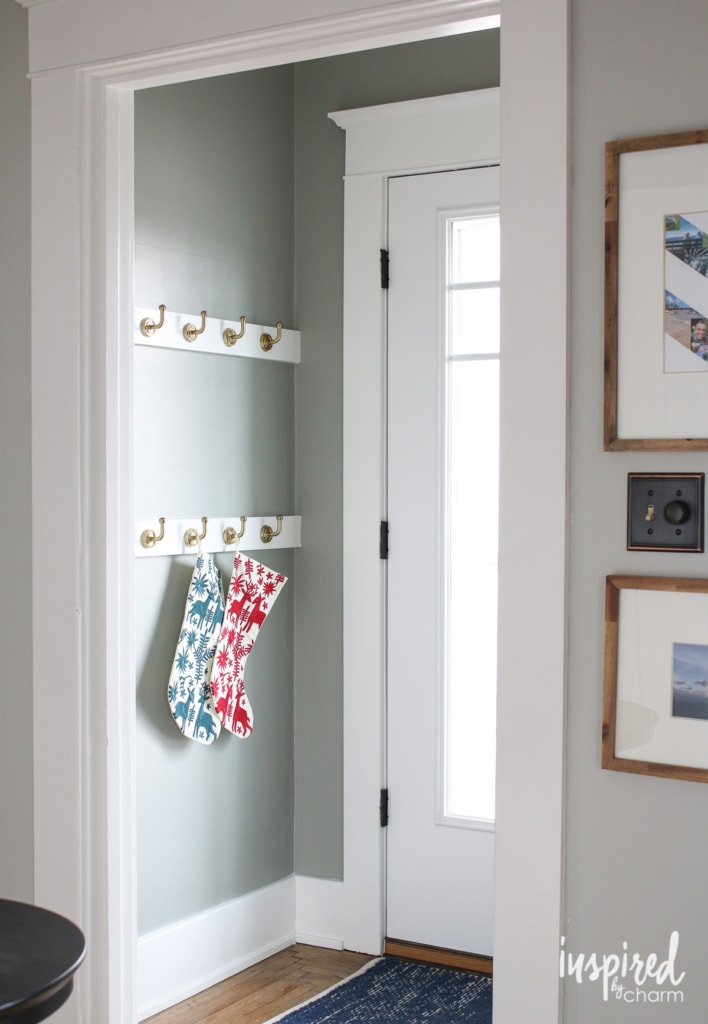 Anyway, I just wanted to switch things up for the holidays and figured this would be a fast fix.

And it was. Within one day everything was repainted and all signs of the yellow were gone. 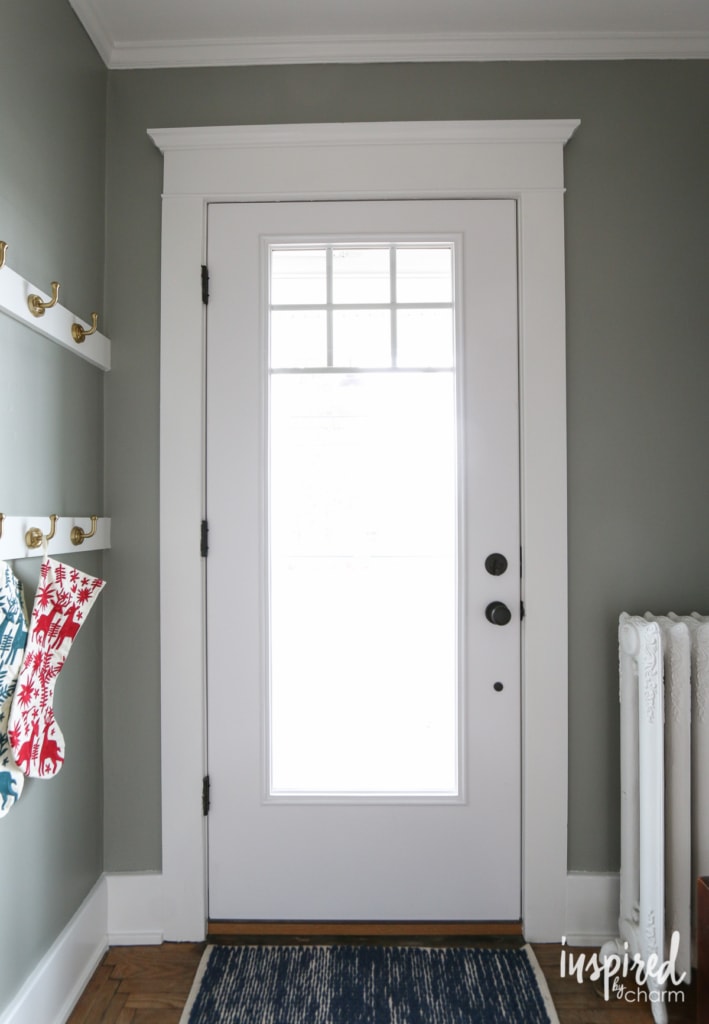 The new color is Rare Gray from Sherwin Williams, and I think it works wonderfully in the space. I had a good feeling about it right way. 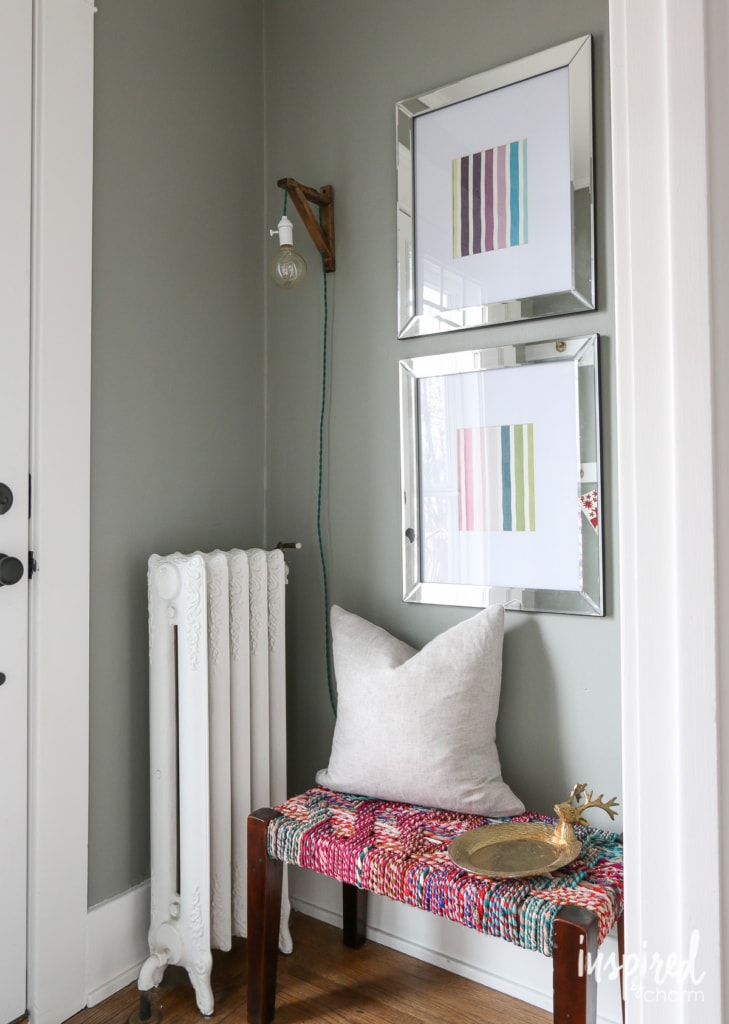 It’s from the same color strip as my living room wall color so coordinates well there. 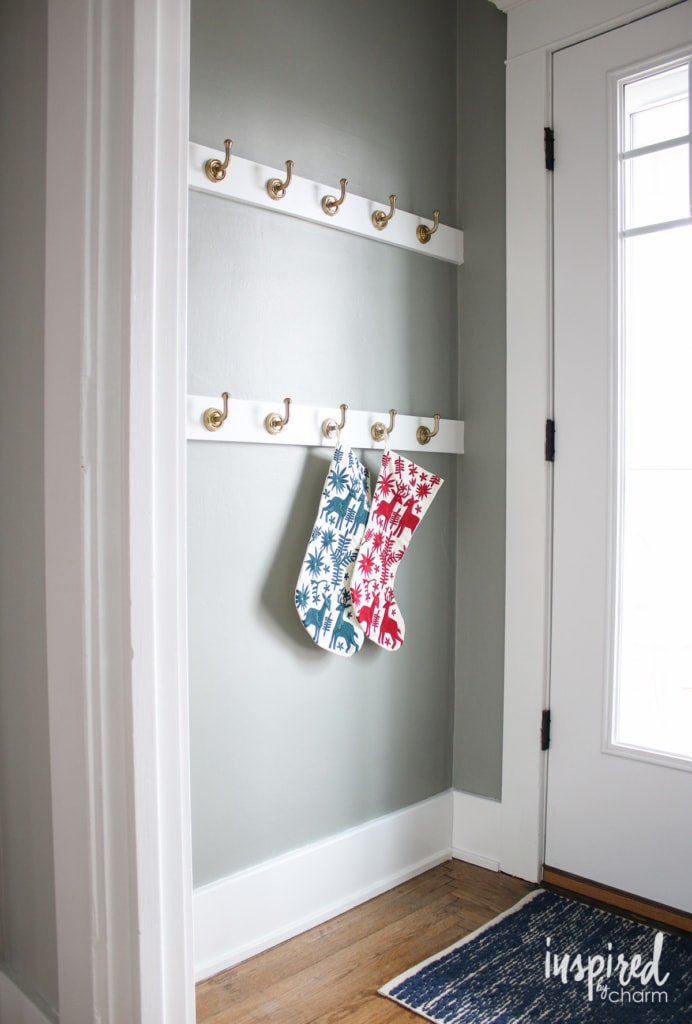 My only concern is that it doesn’t play nicely with the gray walls in the dining room. From certain angles, such as this one, I’m just not sure. 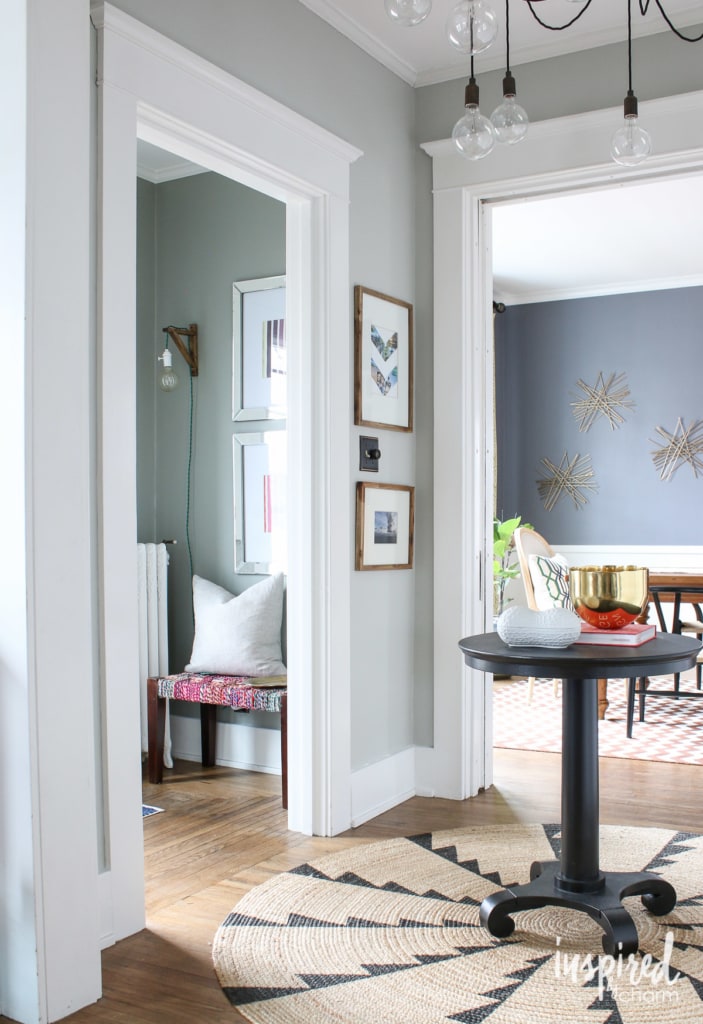 Regardless, I think I’m moving in the right direction. Thankfully, it’s a small space, so if I decide to change it again, it shouldn’t be too difficult.

That’s what’s been keeping me busy. How about you?

Have you ever painted a space and known after the first stroke of color whether you’re going to like it? This happens to me a lot. I know within seconds if a color is going to work or not. I think this is because I’m such a visually oriented person. When a color works, it’s […]